A project log for Infrastructure and Construction Robot Swarm

A self-organizing and directing robotic swarm for autonomous or teleoperated construction, inspection, and maintenance 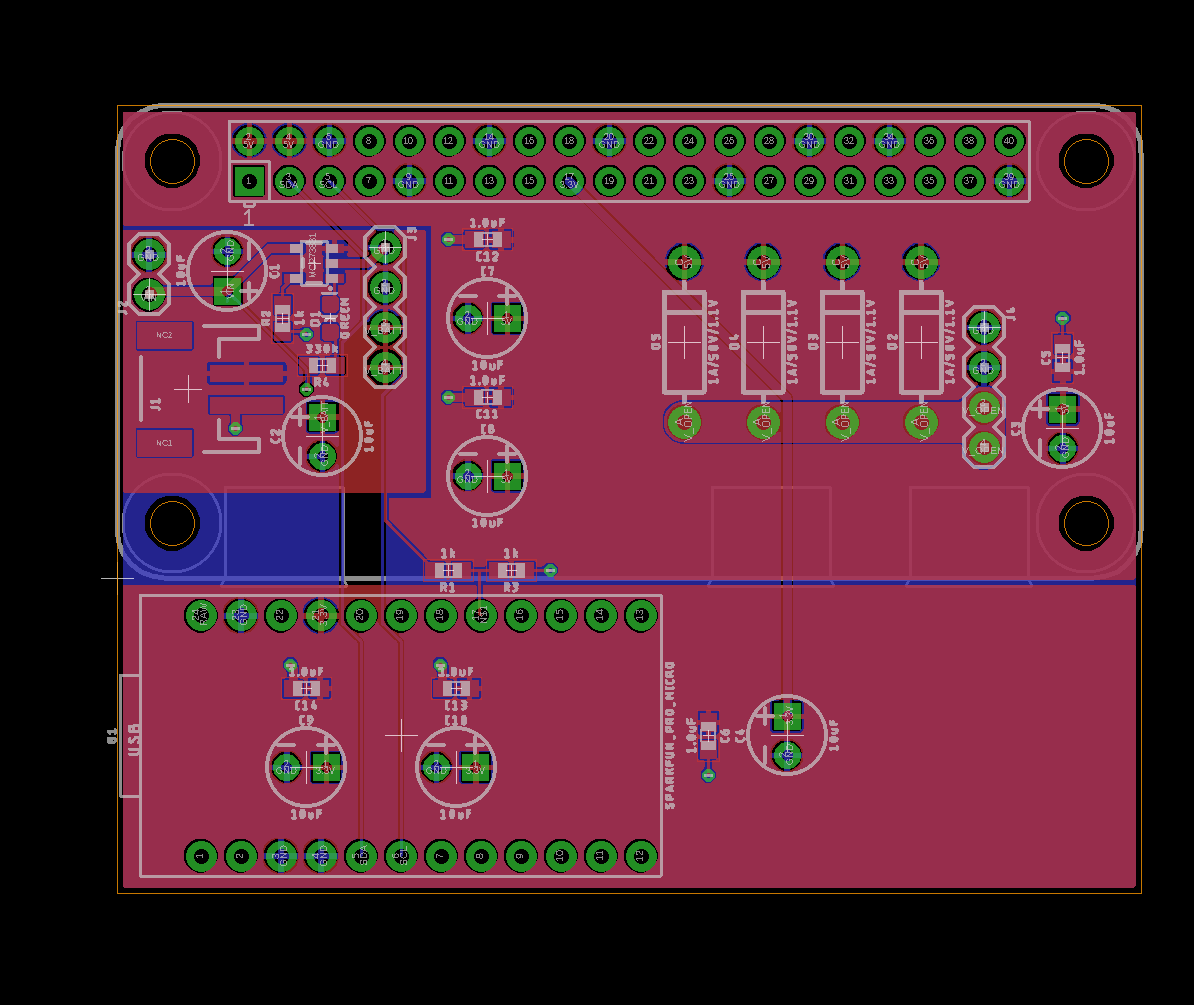 The design for the board to supply power to both the Pi Zero and robot modules is fairly simple. It's two components are a single-cell, LiPo charging circuit based on the MCP73831 and the Pololu adjustable step-up regulator. The charging circuit is fairly straightforward so I'll just explain the step-up circuit which takes the output voltage from the single cell battery, passes it to the four pin input side of the step-up regulator, and gets back a boosted voltage from the second four pin output side of the regulator.

I also added four beefy diodes between the regulator and the 5V supply for the system. My reasoning behind this was to provide the ability to use multiple power boards, and therefore multiple LiPo batteries, in the system. Each regulator is limited to roughly three amps of current with the multiple boards, Arduinos, and the Pi Zero taking up a fair chunk of that. I was worried that the regulator wouldn't be able to supply enough current to the motors and so I added the diodes so that multiple power boards could be safely put in parallel. I also decided to use an adjustable voltage regulator so that the output voltage of the regulator could be set higher than 5V so that the actual voltage seen after the diodes would be 5V after the diode forward voltage.