What possibly went wrong with downgrade

aka how I reflashed the UEFI after I've bricked it

I finally had some time to take a look at flash dump and to compare it with "untouched" UEFI image.

Best guess- NVRAM was unreadable for the UEFI.

It seems that NVRAM is stored within the UEFI starting at 0x10358- untouched 314 image on the left, backup on the right: 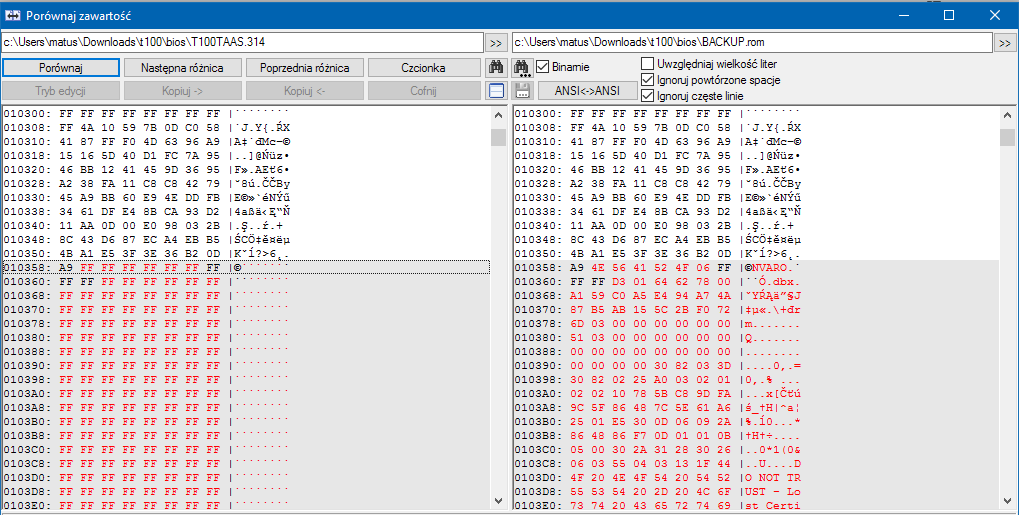 I also guess that default setup values are stored just before NVRAM, starting (possibly) at 0x10060 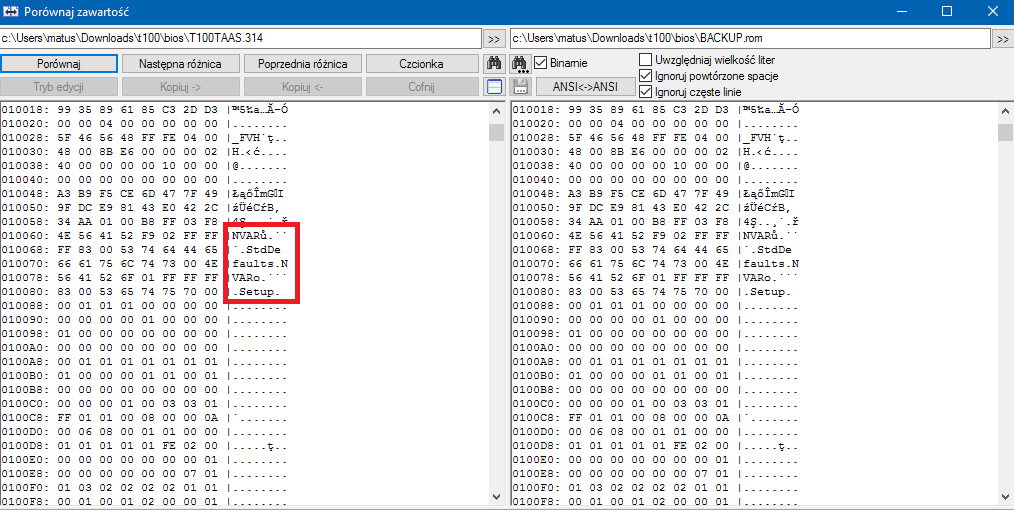 However data dumped form the flash chip differs from the default image:

- several bytes also in (possibly) default NVRAM data area have different values (eg. 0x10064, 0x1007B and some other bytes after that) 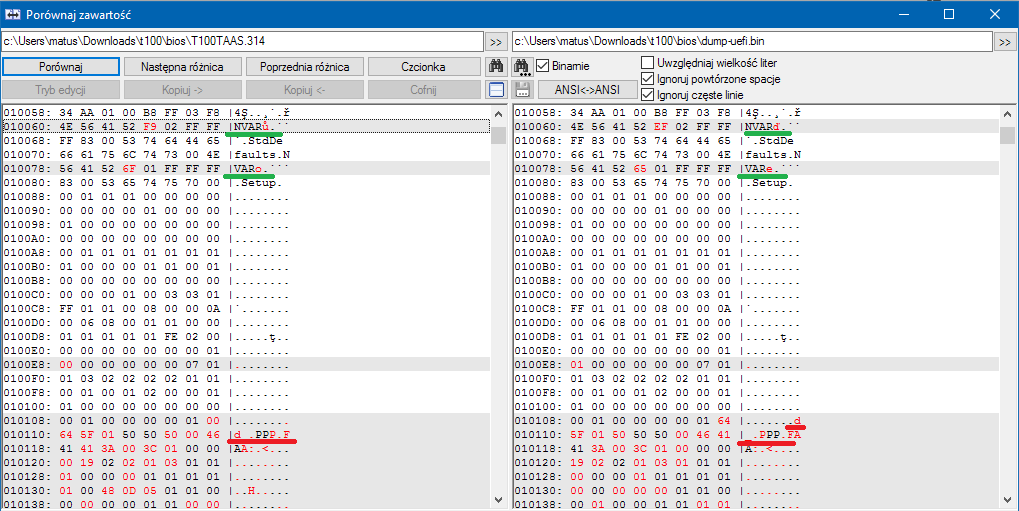 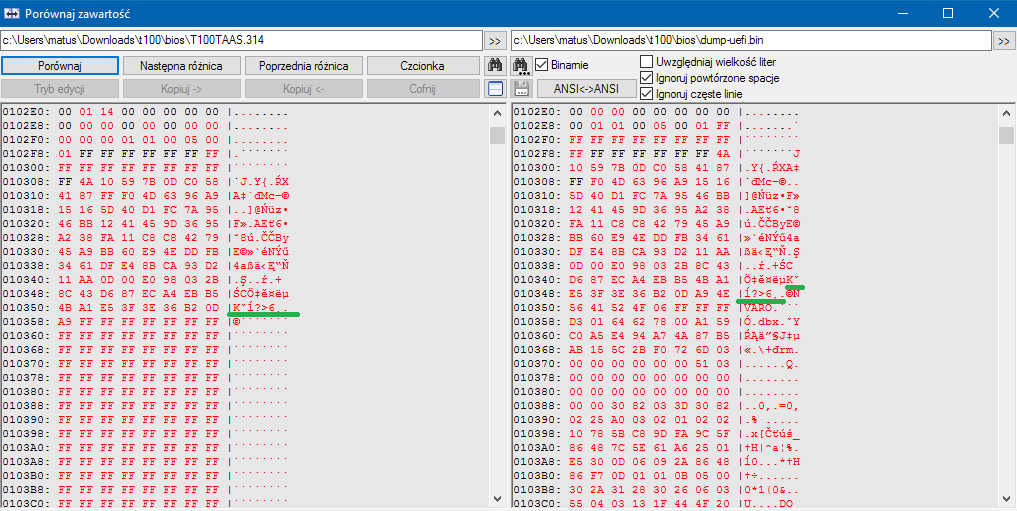 But this is exactly how 227 image looks like (as before- original on the left side, dump on the right): 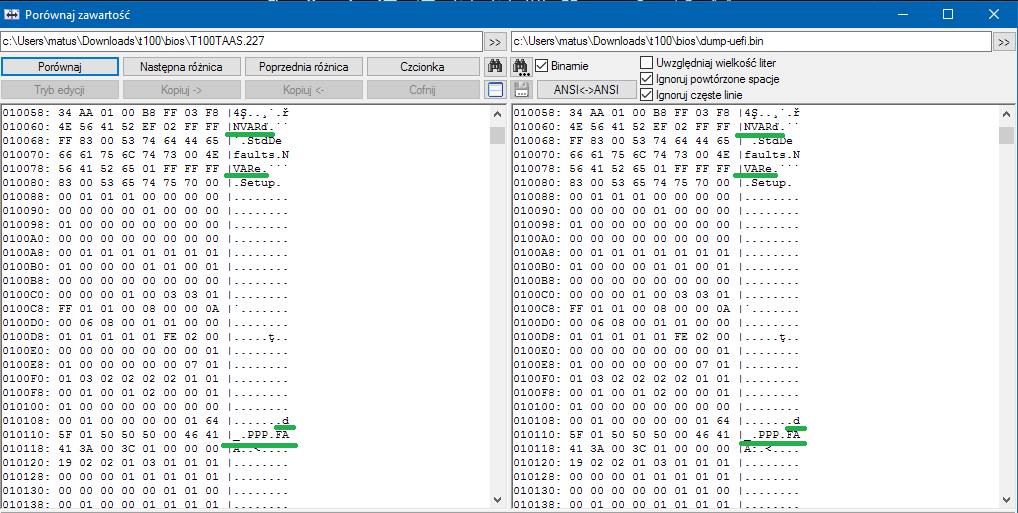 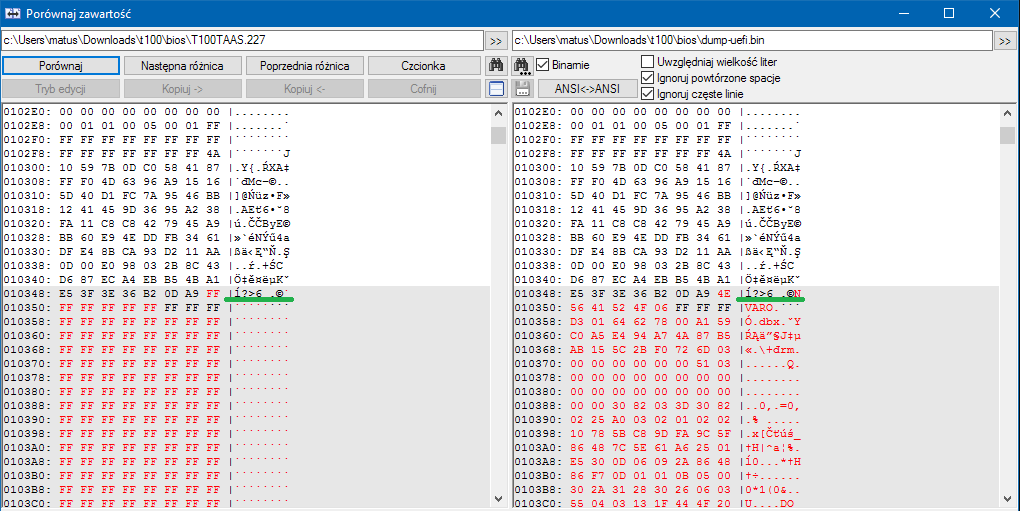 Asus WinFlash utility moved NVRAM data (and default setup values) to the place compatible with provided UEFI image and after the reboot UEFI's built-in flasher was responsible for image update. But in my case it refused to work (although I forced WinFlash not to check image build date) and I'm not surprised that T100 didn't want to boot without access to proper NVRAM data.

If only there was a good old "clear cmos" jumper somewhere......

It seems I was lucky