Where to start? Noise.

cracking the code of the itanimulli riddle

The first entry seems to be an image file filled with noise.

Look close and you'll see that it's not totally random, there are repetitions in it. There are also two hints. For the first, there is a small pattern that is supposed to help us.

Also, the next entry gives us a hint about what to do to solve the mystery of the pattern: 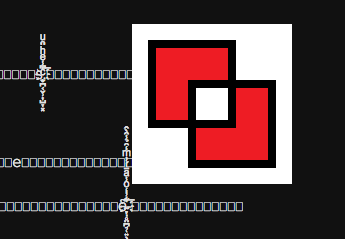 Assuming the two red squares are the patterns, we should overlay them, intersect them, or whatsoever.

So, let's get to work. I tried to overlay the pattern and multiplying the color/binary values with white as 1 and black as 0. After a bit of moving the patterns against each other, I got this:

Doesn't seem quite right, but we can already see that there seem to be regular pattern blocks. They're 12x12px btw.

Next, I tried a XOR operator, again with white as 1 and black as 0. That looks better.

There are some repeating symbols in there, but we still get some random block though.

OK, but we forgot the first hint: The little pattern. What if we just do the XOR and overlay the whole pattern with a tiled map of the pattern from the hint.

Ah, that looks good. Now we got nice grid of repetitive symbols. This could still be a dead end, but maybe it brings us forward. At least it gives us a start.

I think the red pattern really means xor, if you compare that with the picture on wikipedia ... https://en.wikipedia.org/wiki/Exclusive_or