I wanted to improve on first build of the interferometer, the reason being that the stage lacked mechanical integrity. It slightly wobbled and showed stick-slip behaviour when driven. The main reason for this, as you can see in the photo of the first build (below), was that I only used two ball-bushings, and this allowed the stage to rock and yaw. A secondary reason was that the leadscrew drive was off the stage axis, meaning that a different couple was applied to each bushing during motion. The off-axis drive can be fine, as long as the bushings fit the rails perfectly (it is used in the optical drive) but I was worried about it. 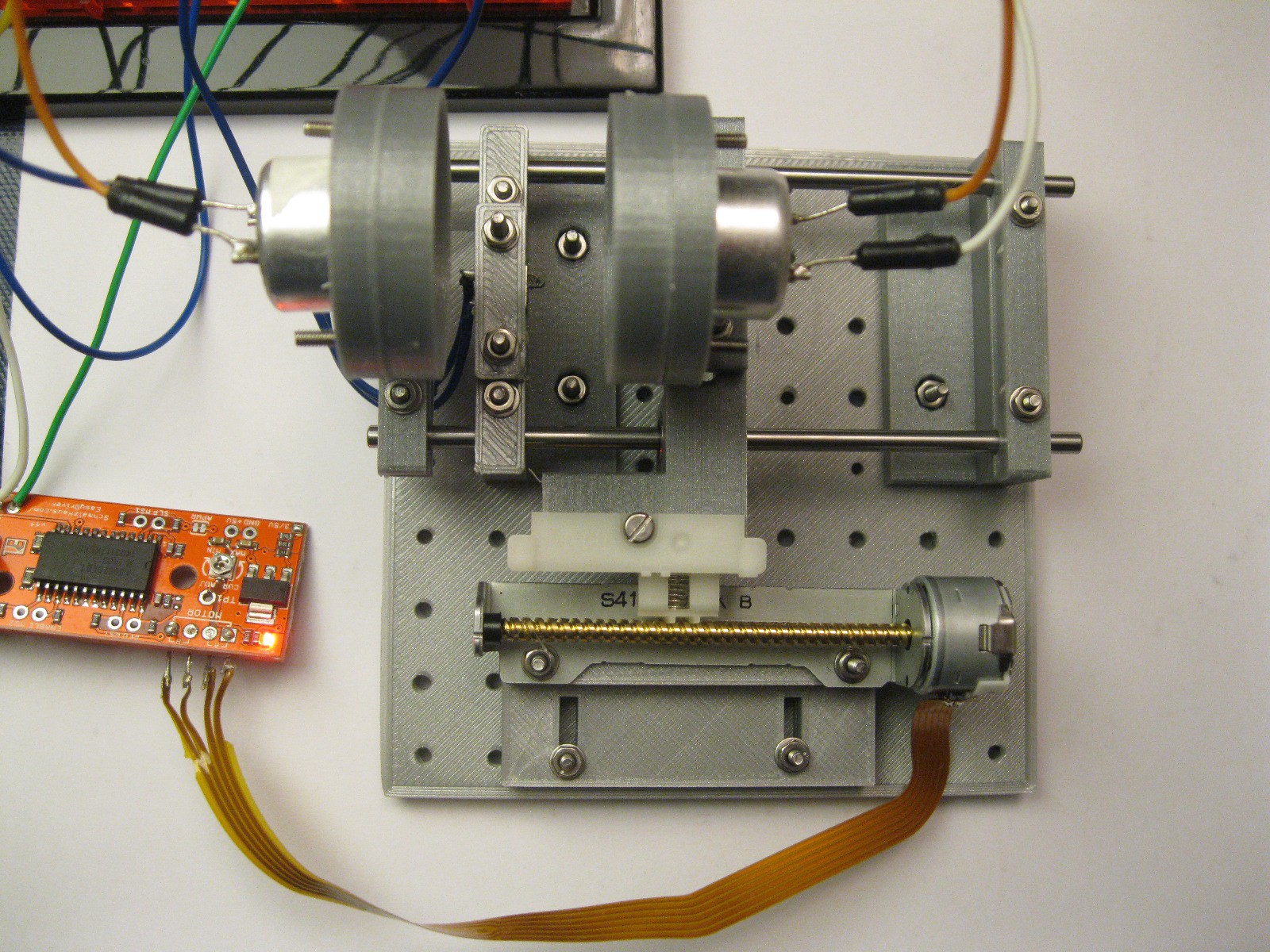 So in the second build (shown below) I have used four bushings on a larger stage and moved the leadscrew to the axis of the stage. The stage now shows vastly less wobble and there is no obvious stick-slip behaviour. In the future I'd like to quantify the stage's performance in terms of precision and repeatability. But for now I am happy to note there are no unwanted jumps in the data, as occurred previously. 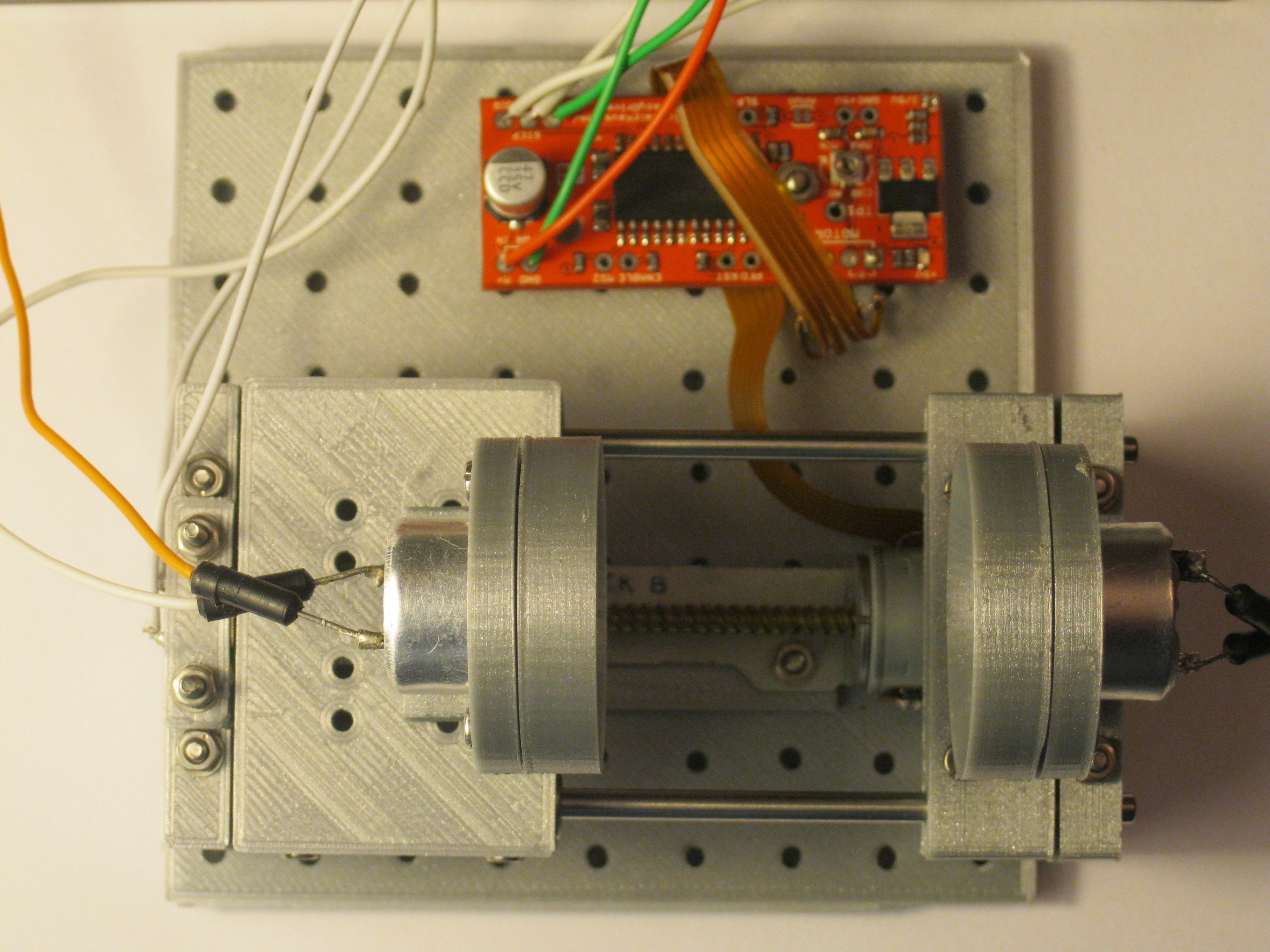 Here is a zoom in of the stage itself. Differential drive for the ultrasound transmitter

TBH, I kinda wondered about the offset-worm-drive... But your build-quality is so sleak I promptly forgot. Somehow I didn't piece together that it might be related to your unexpected measurements. Before/After Graph soon?