The general idea of having two 2-axis controllers is sound because this more or less resembles RC or drone controllers.

However it was clearly seen that I had huge problems with proper mounting of those KY-023 joysticks and, unfortunatelly, I had to way of attaching knobs in such way that would pass Quality Control Tests done by two experts at finding flaws: 4-year old boy and 2-year old girl.

Finally I was able to find an affordable (<$20) 3-axis joystick (I don't know why it's advertised as 4-axis) like this: 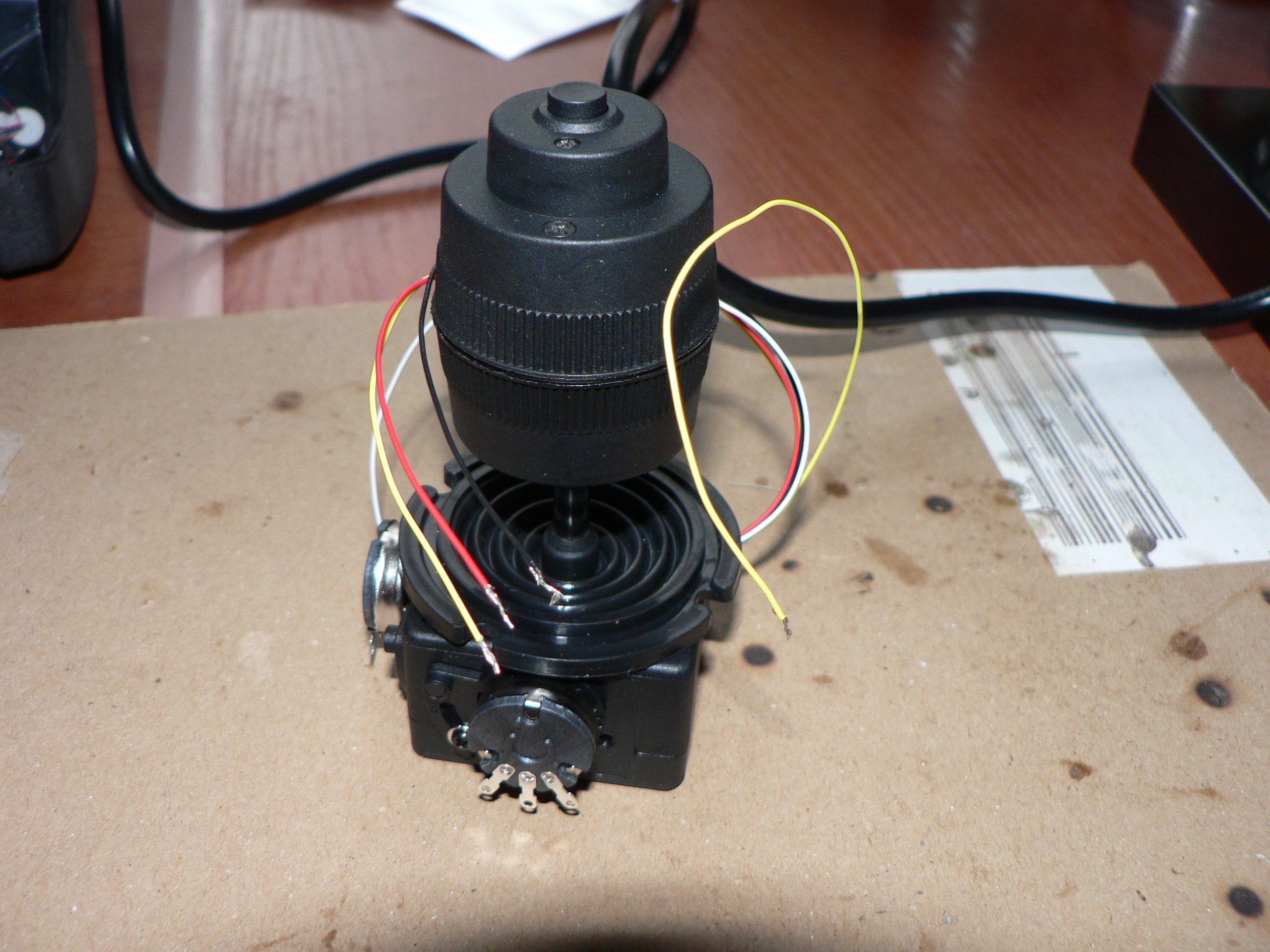 Two potentiometers are exposed and I wired them in place of the left existing joystick. The handle contains third potentiometer inside that measures twist of the handle, about 45 degrees to the left or right of the center position. That potentiometer is connected to red, black and white wires. There is also and a button on the top, it short two yellow wires.

I connected this joystick to appear as X, Y and Z directions of the emulated USB joystick. I have disconnected the line to Z potentiometer from the joystick that remained the right-hand side of the board reacts only to vertical movement. I have no good use for it now and I consider removing it and replacing by something more useful. Maybe a keypad for action groups.

In order to mount this joystick on the board I could either drill a 35mm hole (I was not confident that I would be able to do that without damaging corners of a 35mm square with the same center - this is where mounting screws go. So instead I decided to disassemble the joystick and mount the handle from top. Disassembling just the handle is too much hassle. Just keep notes which potentiometer was on top, which was in the bottom and which one matches the cover with hole for wires. 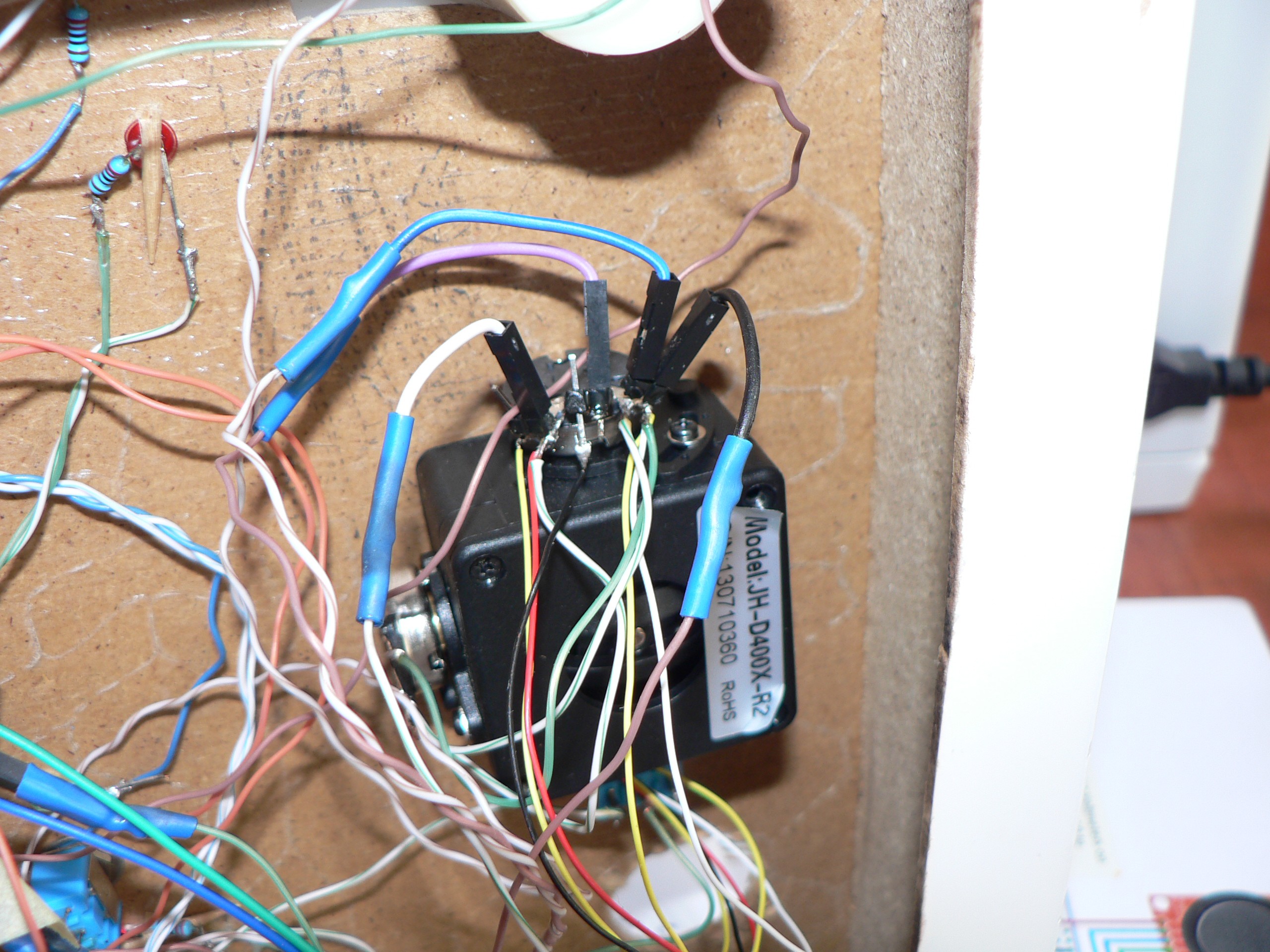 Wiring is awful and I'm ashamed to show that, but in this version it won't be better.

Here is the finished, updated Control Board. I the Stage/Abort push button switched places with joystick because it is more comfortable for me that way when I play.