I started to manufacture the first prototype boards using the Tampere Hacklab CNC router. First pcb carving tests were done with a 45 degree 0.2mm v-bit but I decided to go with the 0.5mm v-bit because I had to do seven boards. The traces were a bit narrow after the milling but the boards we milled quickly. If the narrow traces raises resistance issues I can always do the prototype boards again. A good thing with local manufacturing...

The G-Codes for the milling were produced using the "pcb-gcode"-"user language program" in Eagle. I tried to import the gerber files into the milling software but I could not get it to work. The G-Codes from the "pcb-gcode"-software worked nicely. I used the "single-pass" setting which helped with the milling speed, without the setting the mill would clean the milled areas a bit too precisely costing too much time.

Seven boards were produced in the course of the week and I finished the drilling and component soldering for all of the boards. The soldering isn't that precise but gets the job done. I'm planning to order the proper boards from a "pcb-factory" so I can get the boards double sided and with silk screens. But while I'm in prototype and testing phase this quality will do.

When I connected the first boards to the Ultrasonic sensor and led strip it was really difficult to remember which way the connectors were supposed to be plugged in. I ordered some new connectors from aliexpress so I'll switch the connectors to the production-version.

The ultrasonic-sensor holder height is now a bit taller, it seems that the wall produced some errors in the reading so I had to get the sensor a centimeter more away from the wall. Hopefully this helps, haven't tested it yet. 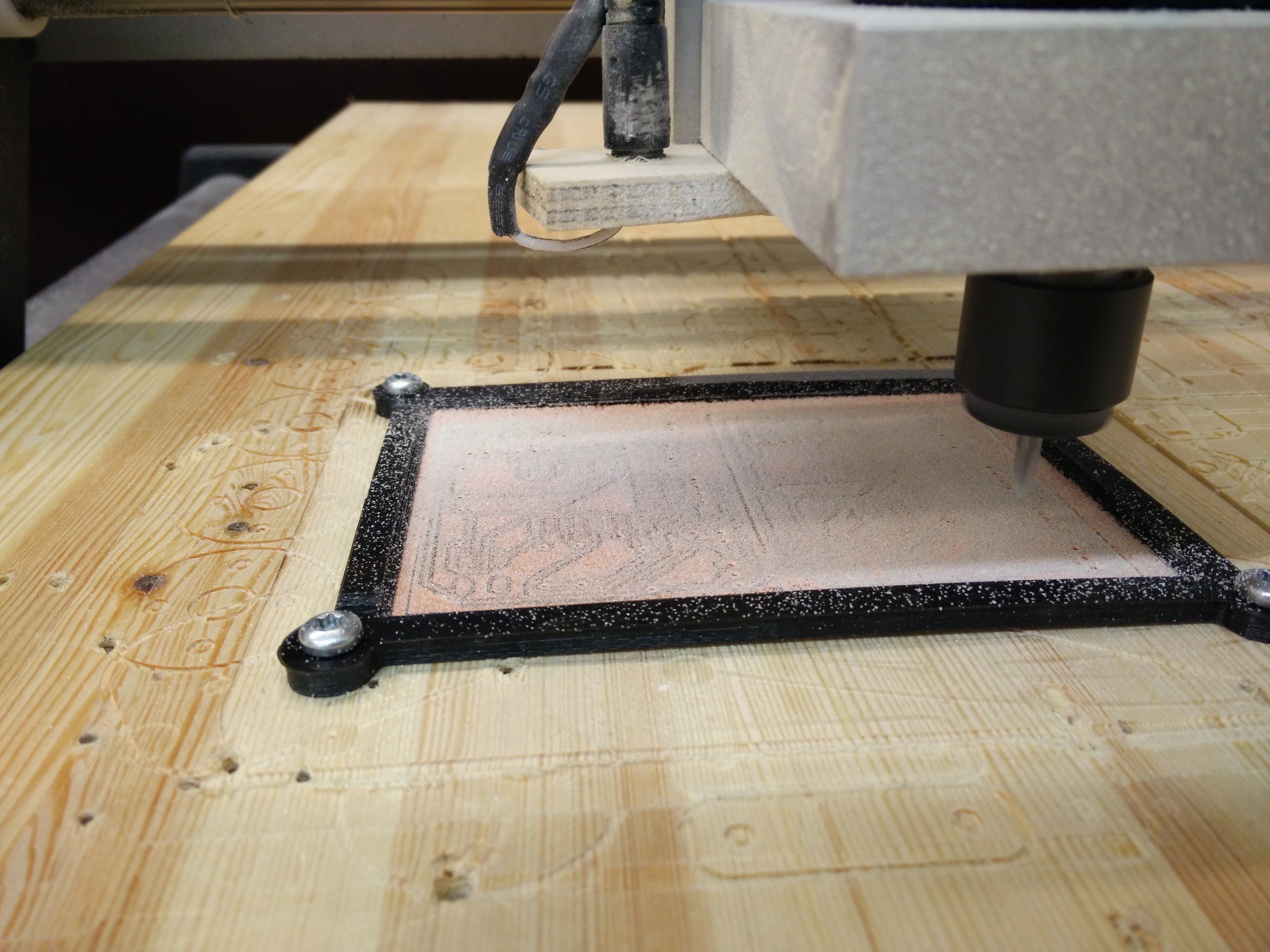 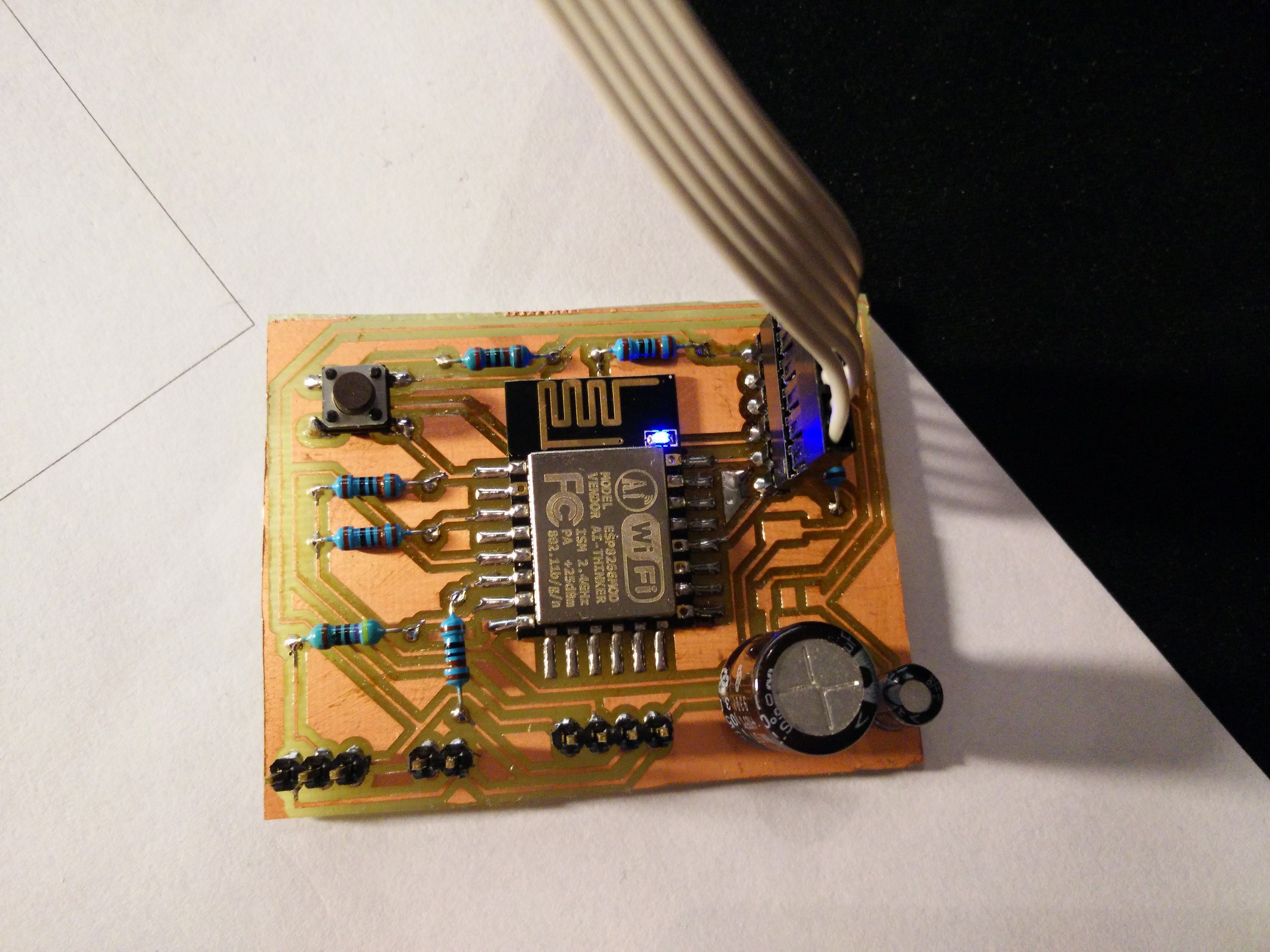