First tests with background patterns generated on a screen

With this project I want to show you how you can make Schlieren-Videography at home. To do so we will use the Moiré-effect.

These tests use background patterns on a screen instead of a printed moire. The idea is to be able to project the pattern on a screen or wall for larger scale schlieren videography. 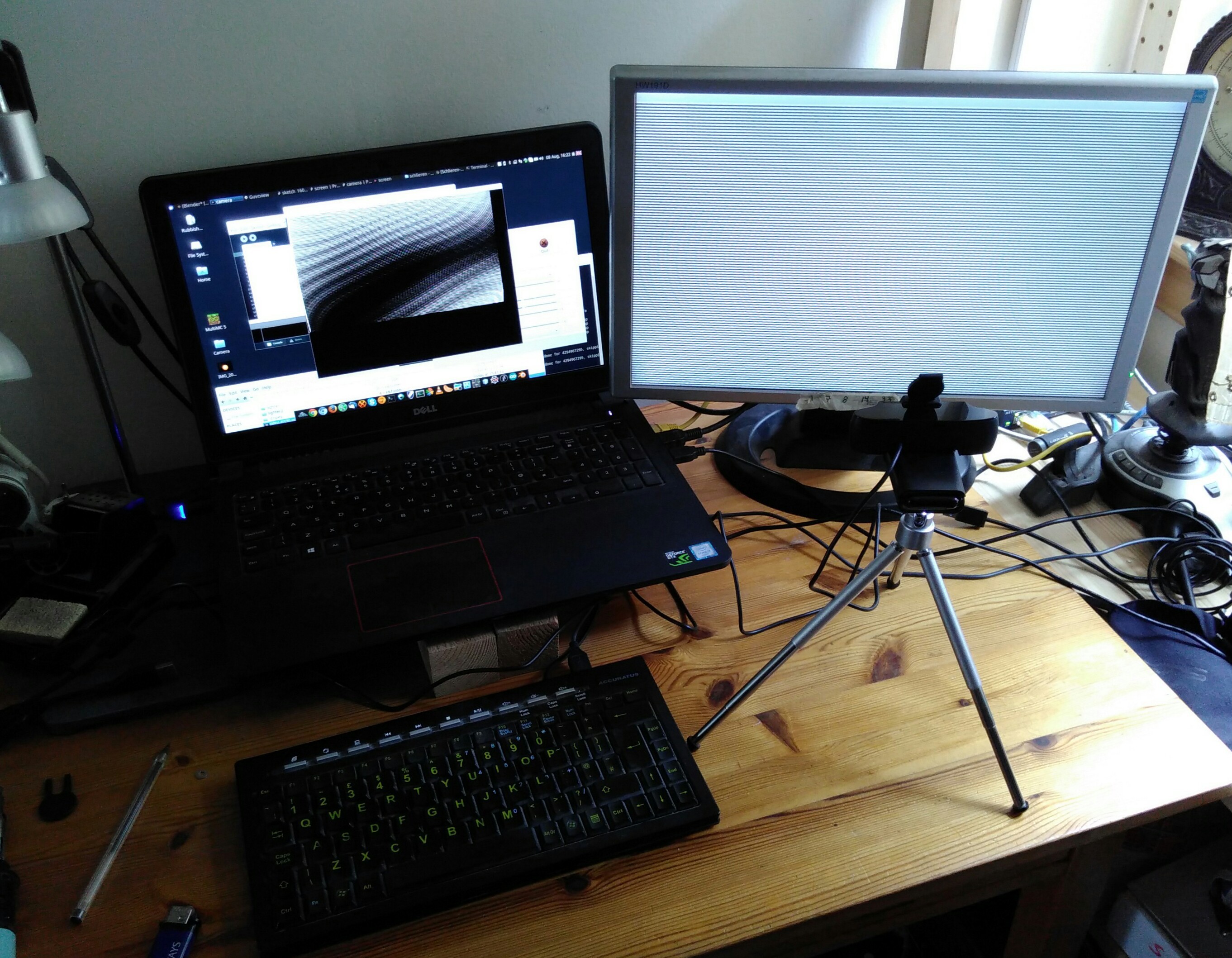 On top the test setup with a stripe pattern on the external screen an a Logitech c930e camera.

In the first video a stripe pattern similar to the printed moire patterns is used:

This video is an attempt to get a better image by using a chequerboard pattern:

Playback version of the code

What are the chances that this could work with real world backgrounds?

I know that moving scenery would ruin the effect, but I wonder if there's some way of processing it, still. Perhaps with two camera to identify and filter out the background somehow.

Real world backgrounds can work if they offer enough contrast. It's definitely worth experimenting! The main problem is that the signal - the very small changes in light intensity caused by the schlieren effect - is very small compared to the "noise" in the form of movement etc.

Part of the reason I ask is because that technique would be pretty fantastic for paragliding. Finding thermals is difficult, mostly done with educated guesses and following birds, but a thermal air camera? Amazing.

Earlier I tried a version, which could work outside, as reference-image I used the last one taken, it was not that great, but worked. I think that can work.