Off By One Servo Plug

Mistakes in PCB design happen, and usually hurt when you receive your fabricated PCB. I was in a hurry to send the Tote Zero's PCB to fabrication before Christmas, so that I can receive it when I come back from the holidays. And as you can guess, I made a mistake. Instead of making the servo headers GVSGVSGVSGVS... (that's ground-voltage-signal), I made them VSGVSGVSGVSG...

What now? Of course, I will eventually order another PCB (especially since this one doesn't have all the extra pins of Pi Zero broken out, and they may come in handy later for sensors or extra servos), but for now I would like to be able to test other aspects of my robot, so that the next design includes any fixes and ideas I come with. So I really want to use this board as it is.

I could "fix" this by disassembling the plugs of the servos, and changing the order of wires in them. In fact, it's not a lot of work, even for a dozen servos. But from my experience, sooner or later I will forget about this, and either connect an un-modified servo, or use those modified servos for something else and release the magic blue smoke. I'd prefer to avoid this.

So instead I plugged the servos offset by one pin, and glued additional pins in front for the one plug that sticks out and misses its ground pins (the additional pins are red): 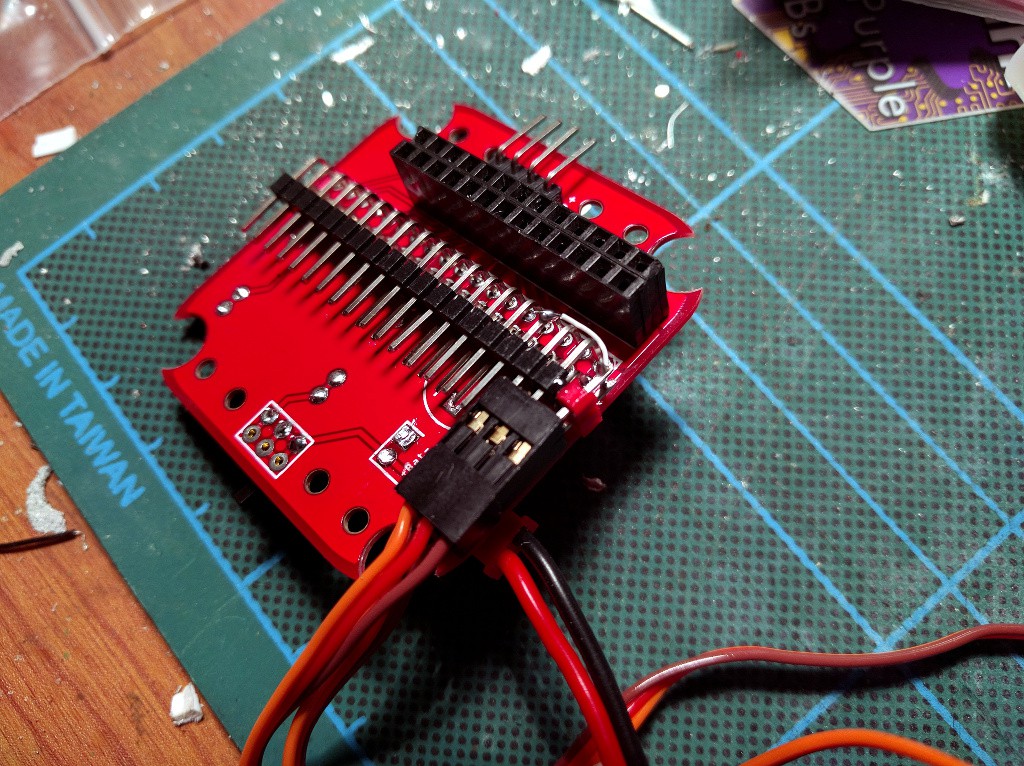 It's not pretty, but it will do for now. I also fixed my PCB design files already, so that I don't forget about it.