The Y6 multicopter frame combination is a total of six rotors in a Y frame configuration. Each pair of motors spin alternately but with thrust in the same direction.

The Y6 motor configuration has small advantages in wind, and during the loss of a motor has a better chance of a less drastic landing. 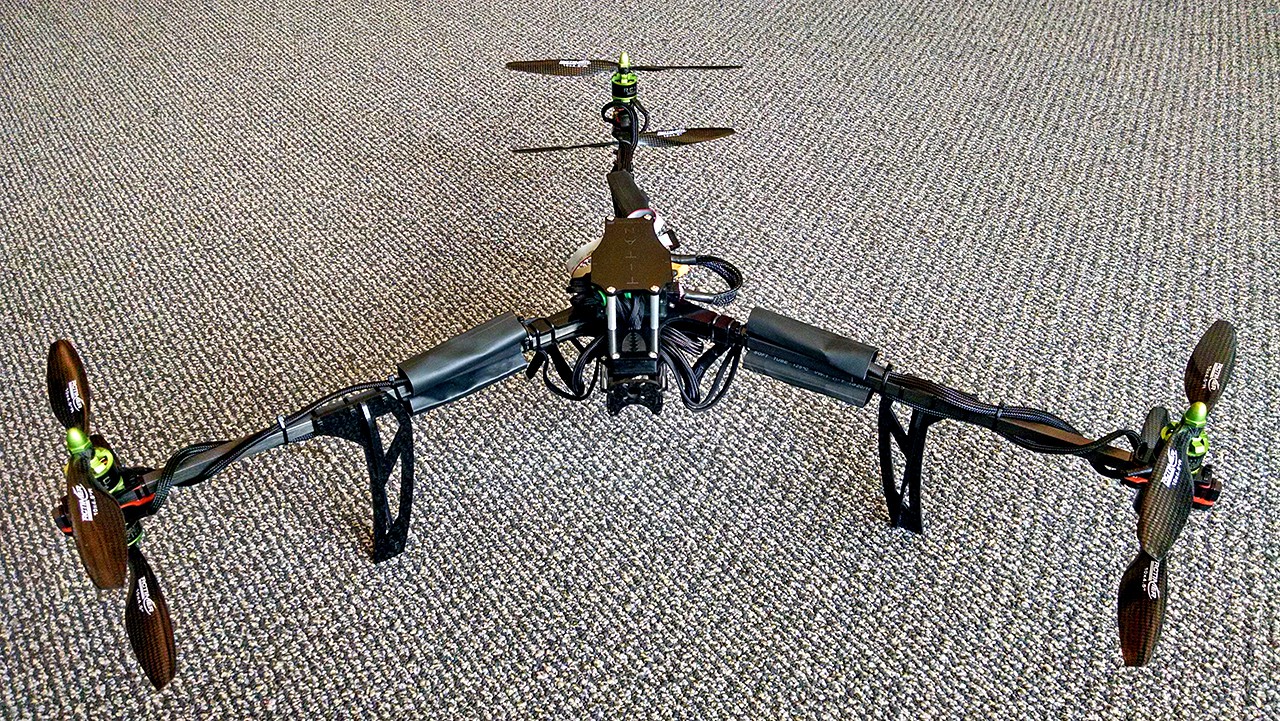 First flight, congrats Rich! I can't await to see video from the onboard camera.

Thanks! I should have some flight footage soon once I get the flight controller tuned.