A collection of ideas/projects and my personal take on it

I made a quick measurement to see how linear the iron's temperature sensor is. Since I don't have a thermocouple I used a Pt1000 strapped to the heating element like this: 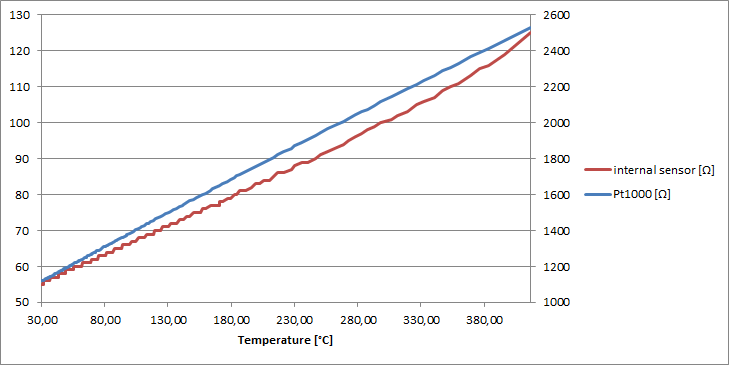 Good (as in linear) enough I guess...

(At lower temperatures you can see that I had the second DMM set to a too high resistance range, hence the steps)