How Extended Ranging Works With SubPos

The SubPos Ranger allows you to accurately measure distance or obtain your position indoors for all hobbyist robotics applications.

The expansion boards also support the addition of an ESP8266 module if you would like to enable Wi-Fi for you to connect to a multitude of devices such as your smartphone. The Wi-Fi module can be used to transmit data to a local server if you are using the Ranger Board for other purposes, such as motion detection, or using it as a Zigbee to Wi-Fi gateway.

One expansion board without Wi-Fi is included to convert a Ranger board to a client when you back the positioning system reward (and add a Teensy), however if you would like to support Wi-Fi on the Ranger Boards configured as a node, you can order additional expansion boards and the ESP8266 (ESP03) modules separately. 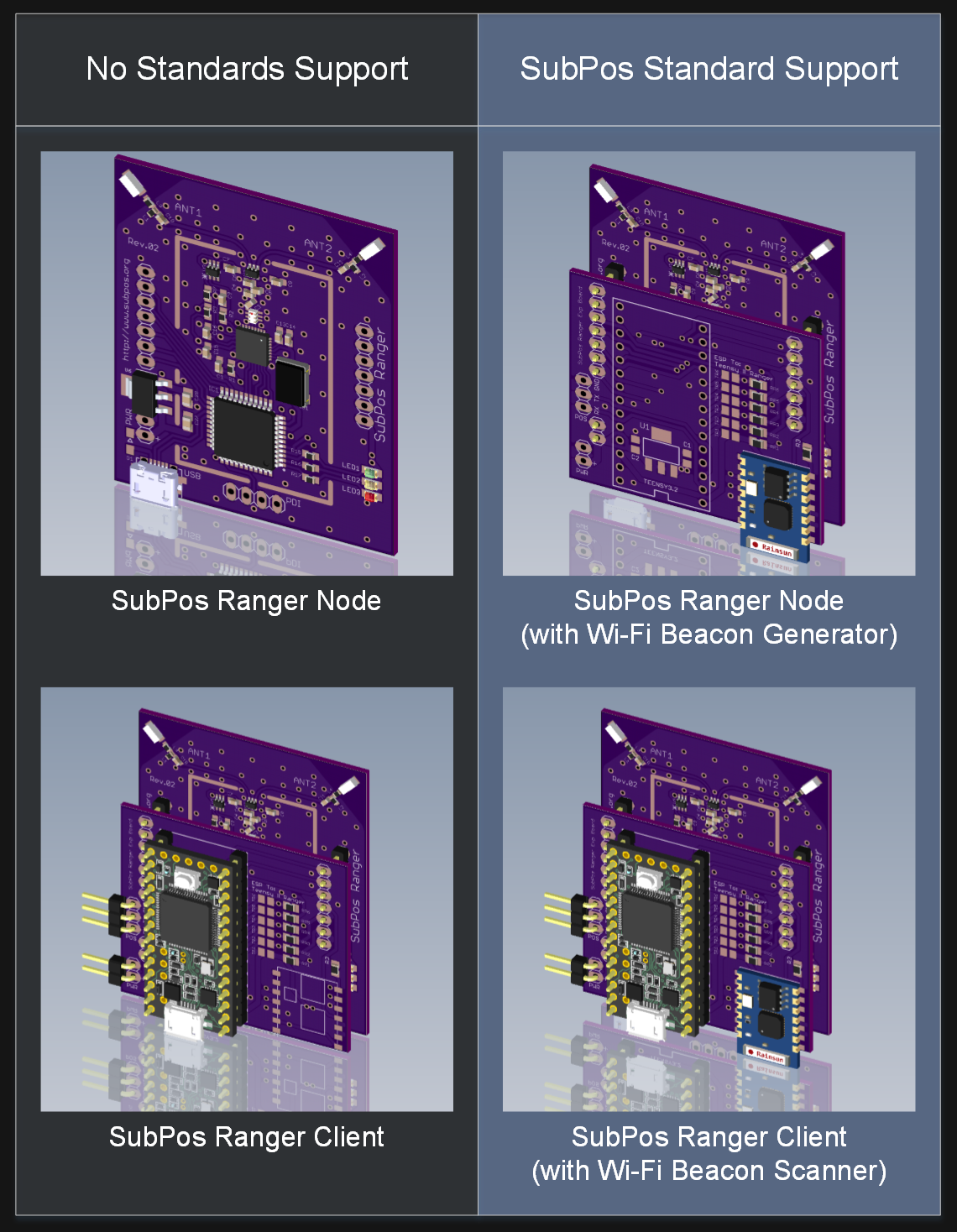 The different Ranger Board configurations.

By modifying the Application ID and utilising additional bits in the application reserved section of the coded beacon frame, SubPos can be used to implement additional features such as more accurate ranging, while still remaining completely dataless.

Generally it is up to the application developer to then implement this functionality as they see fit. With respect to the SubPos Ranger, this additional feature is a ranging system that performs more accurate distance measurements. The following flowchart shows how the Ranger client supports this functionality: 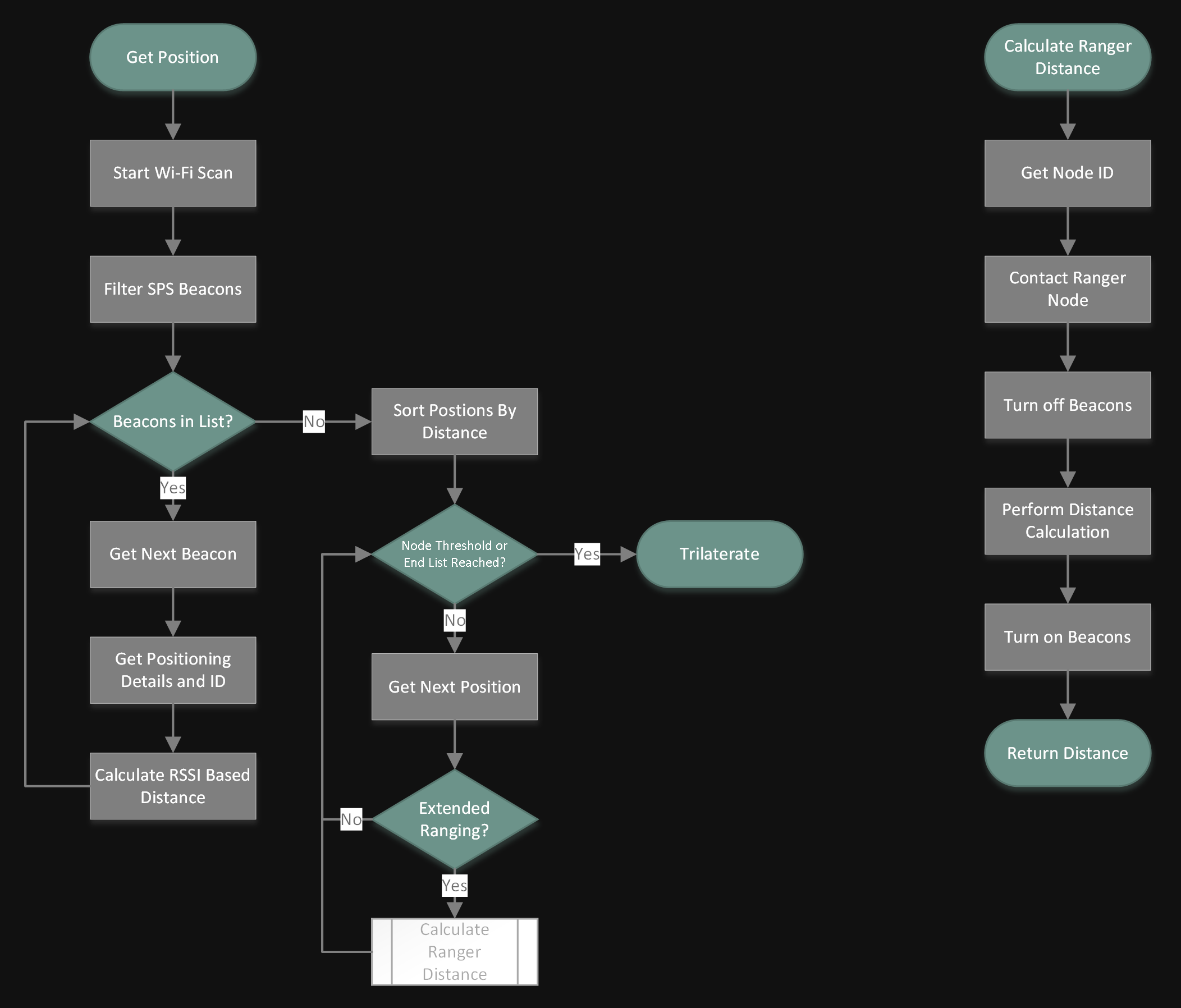 The node threshold in this instance is a limit to the number of nodes to range from.

The SubPos Ranger hardware supports the SubPos standard by adding a Wi-Fi scanner and receiver to the ranging system: 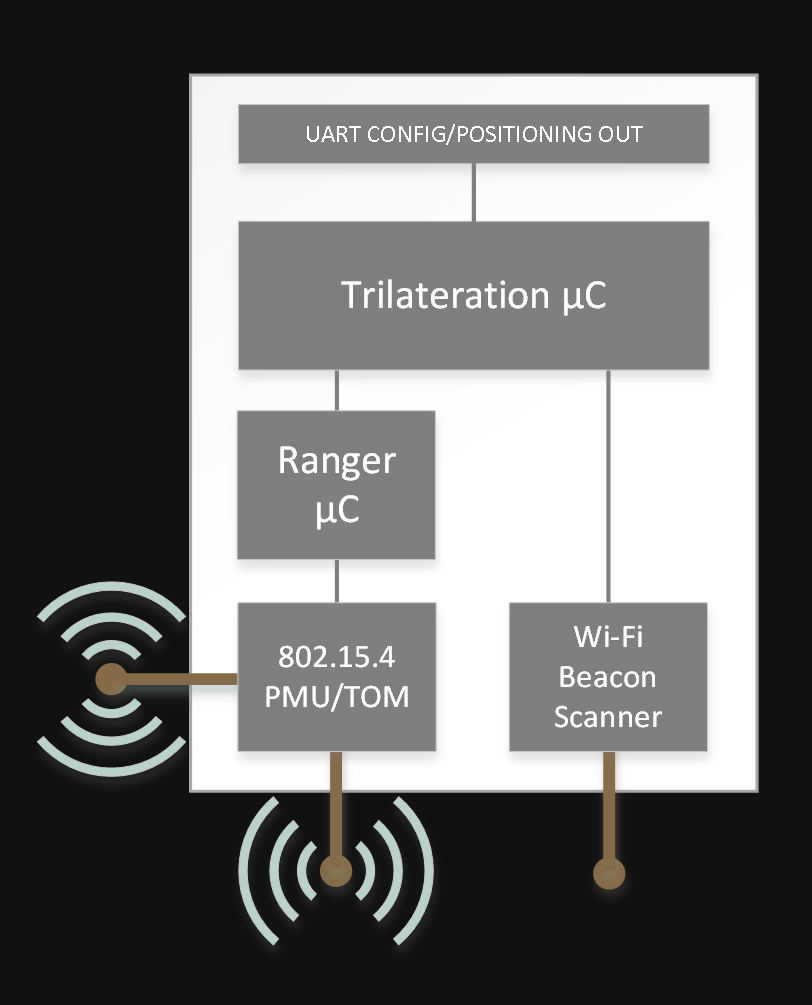 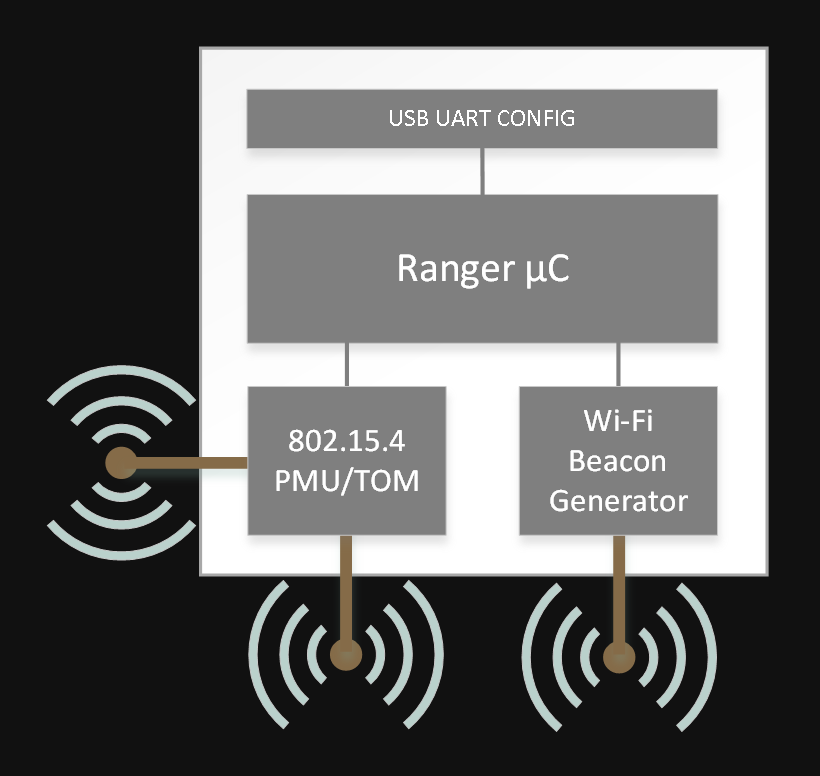 While the use of the standard is optional with the Ranger system, it vastly decreases the setup time when adding additional clients to the system as they will obtain configuration from the visible nodes.