I ordered home some new wifi adapters (bought two different models, just in case either didn't work), two powered usb hubs (just in case the Pi couldn't power it on its own) and two MCP3008 ADC's for analog inputs. Bought two of each because they are components which can be used generally and I did not want to risk any of the components failing, being incompatible or something along those lines. 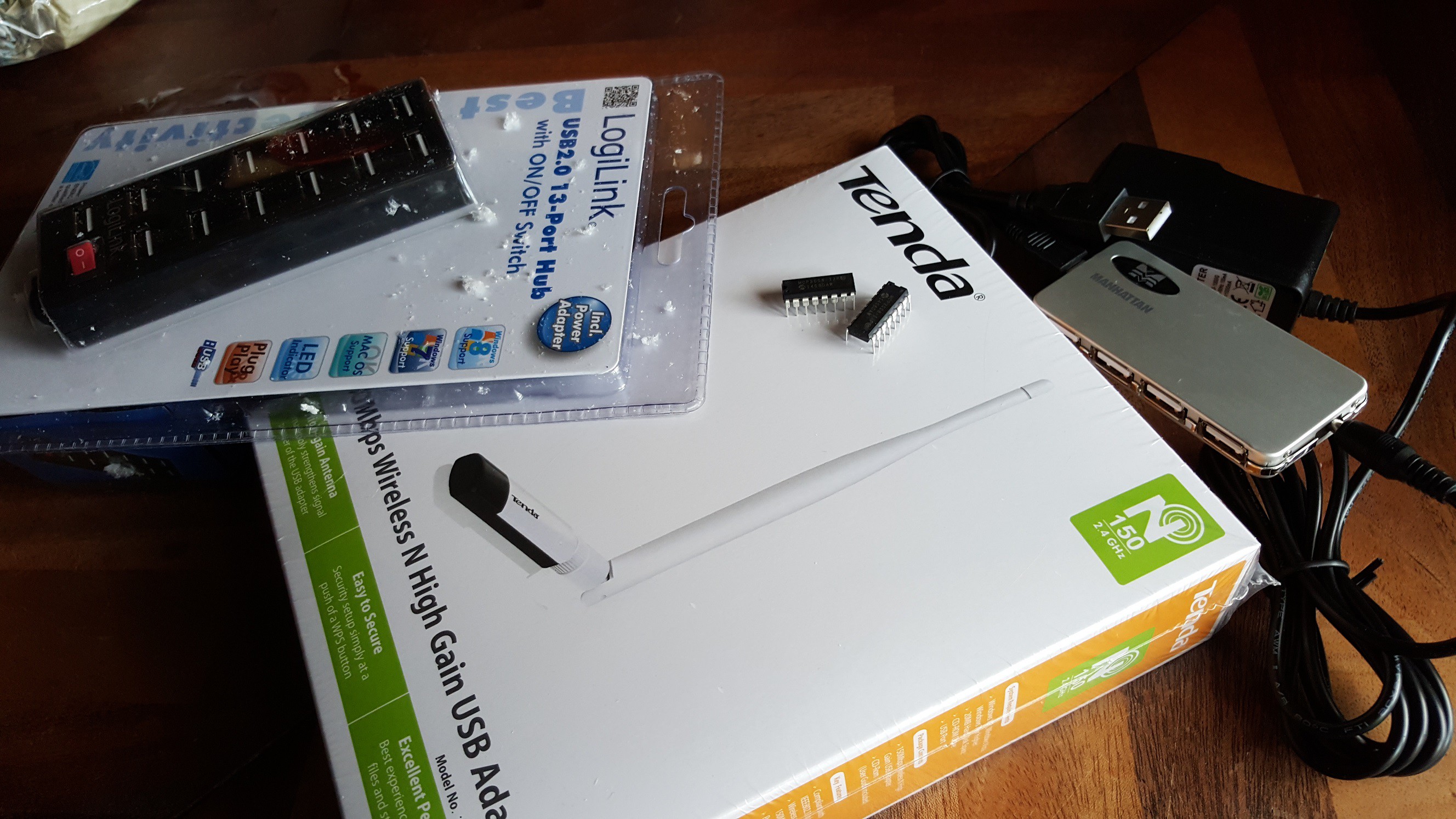 Two of each pictured except one of the wifi adapter, a LogiLink WL0145, currently mounted on the pi. Notice the 13 port hub, just because you can never have too much!

I took the smallest of the two wifi adapter and put it directly on the pi without a powered usb hub and it worked out of the box. This was quite a relief, but it also made the effort wasted on the other receiver feel even more crushing and ridiculous. The adapter found my network immediatly, and shazam(!), the magic of wireless networking was blessed upon the project. Next question was then if the wireless network would work all the way down in the basement. 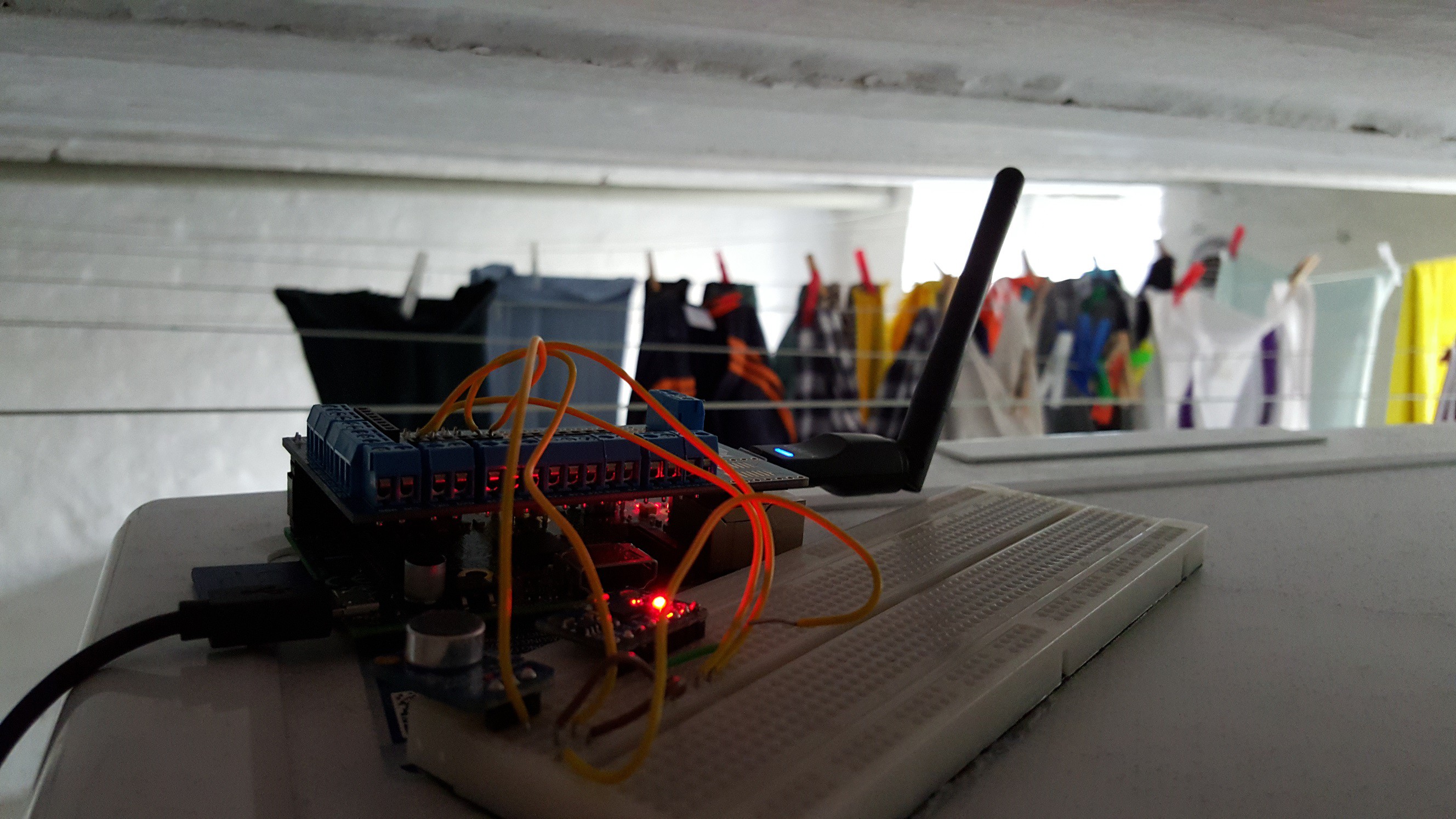 The current project setup, placed in the basement on top of the dryer

Before I had gotten up from the basement to my laptop the pi had connected to the network. The sense of succes, progress and confidence was once more present in the project and excited by this I ditched the original plan of mounting all the sensors, and went ahead with just getting data from the accelerometer. I tried running the washer (mounted under the dryer) and the dryer afterwards.

The results from the accelerometer are very promising, in that they show that I should be easily able to distinguish if neither machine is running as well as the dryer from the washer using an accelerometer. But it shows that I probably do have to mount an accelerometer on each machine - I'm quite keen to see what kind of data an accelerometer on the washer would provide. With the other sensor options and more in depth post processing to be done still to be explored, I am very hopeful for the sensoring part of the project being succesful.

Being able to see the data online is a nice first step, but I would like to figure out automated processing and getting a notification to my devices. However, the coming week will be filled with a different adventure, so I don't expect to put out another update until in two weeks time.