A lot has been going on lately, with the project winning first round of the pi zero contest (Wooo!) and being featured on the front page (Woooo!). I am really grateful for all the attention the project has been getting, and proud that the contest committee found my project worth awarding - Thanks.

[update] My zero was stuck in customs where they wanted ~30$ to hand it over. It took a few mails back and forth but in the end I managed to convince them that a zero is only worth 5$ and which is cheap enough that it should pass through customs without expenses. It took about two weeks but I got the zero safe in my hands now! I plan to finish development on the old board and port to the zero at the end of the project. 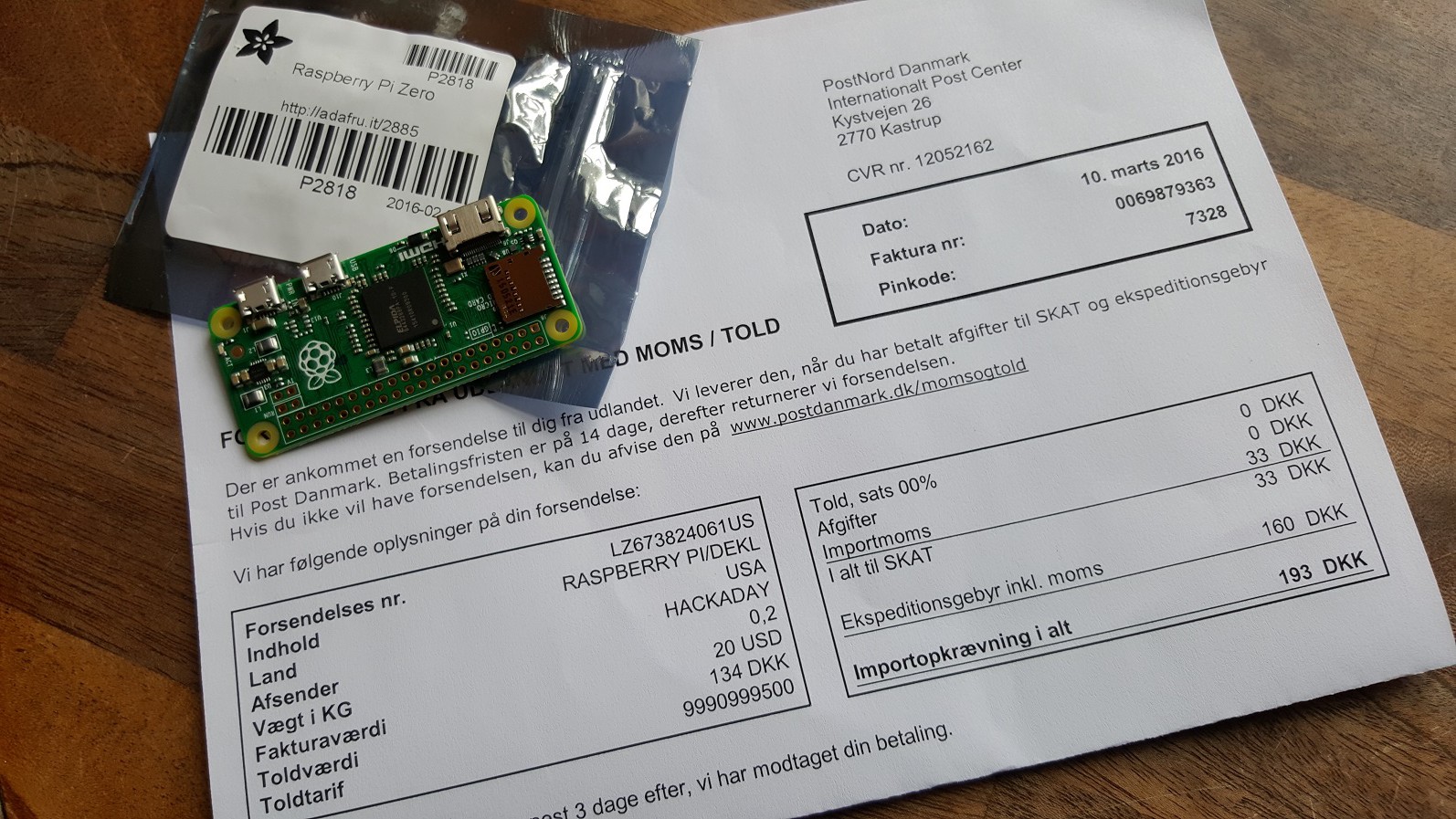 So far the projects posted have all had other approaches I've previously dismissed, such as monitoring or hacking into the machine hardware or monitoring current usage, but for the sake of completeness (I am in no way saying what I am doing is 'the right' way) I plan to gather these projects in a post for others to find, if they don't like my approach. This way this log will cover a lot more bases than I would have been able to on my own. 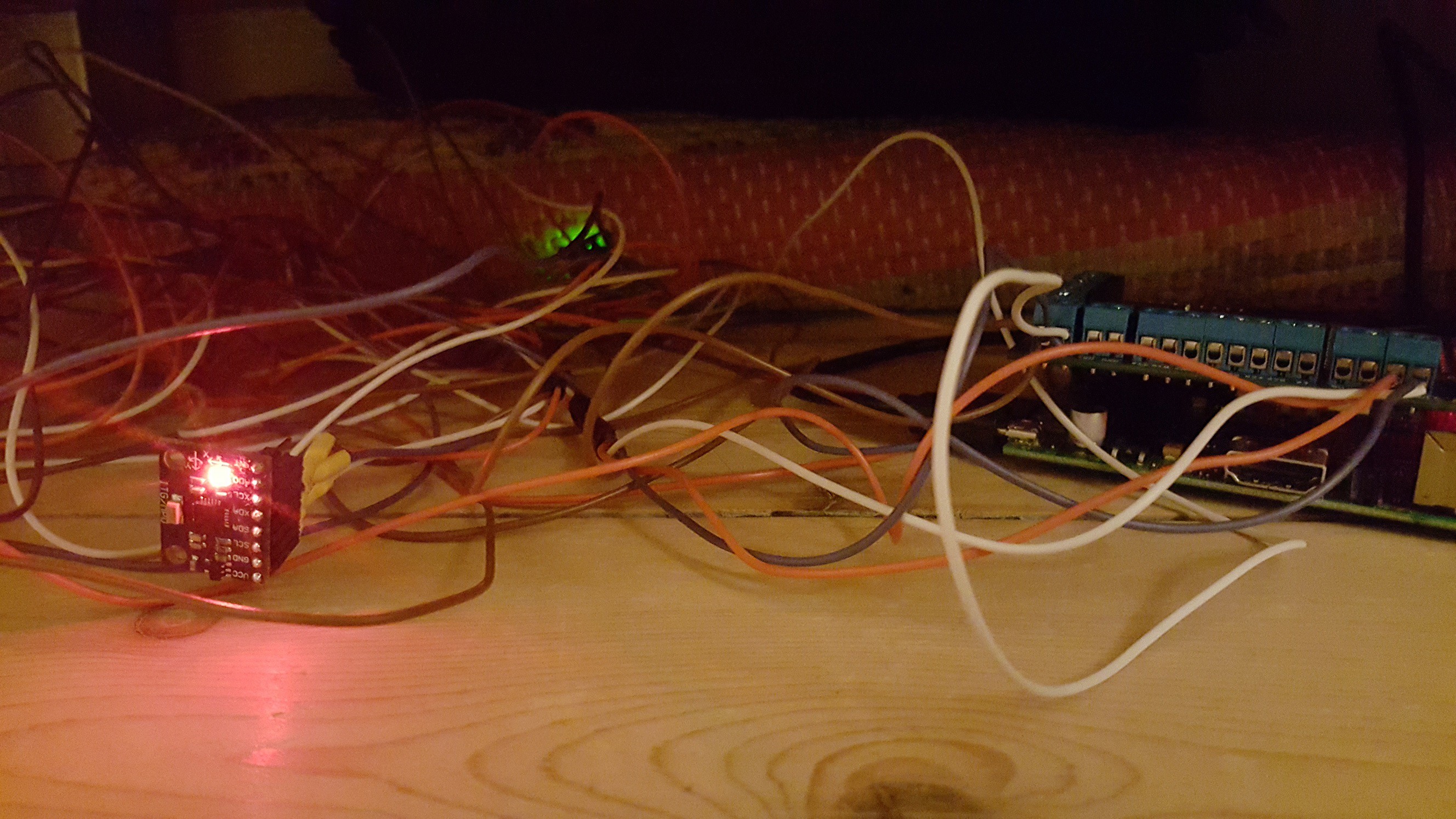 Disregard the mess of cables and direct your attention to the fact that the two accelerometers light up different colours, assumingly because I have made them use different I2C adresses - sweet! (This is achieved by pulling the AD0 pin either high or low)

Now on the topic of my project I have been making progress moving on from the first prototype to a more complete setup, so unfortunately not much exciting progress. Wires and plugs for two accelerometers have been made and I've been meshing all the bits of code together and written a simple thresholding algorithm for the dryer which will send out a notification after the machine has been vibrating for X seconds and then another when it has stopped vibrating for Y seconds. I'll replicate the code for the washer once I have some data so I can set a decent threshold.

Unfortunately, maintenance is being made on my internet connection so I can't test my latest code (it will fail publishing sensor data to google docs) and I don't want to start messing around with the pi setup or program, when I can probably continue tomorrow with restored connection. My neighbour talked to the maintenance guys on the street and the good news is once they are done I can probably get a faster connection - just have to suffer an outage or two first...

The next challenge will then be to mount the pi and the accelerometers on the machines. I had planned using zip ties for the sensors, but a several people have suggested using magnets. This is a cool apprach (magnets!) which I might explore later on. I have researched a bit, and turns out hard drives contain rare earth magnets. I surely have some old ones laying around somewhere.

For now I would probably just have zip tied the sensor to a box or stick and mounted that with magnets in which case I might as well zip tie it directly to the machine. If you made it this far in the post, congratulations! Sorry for having no real exciting progress to post about, but I look forward to my next post, hopefully posting about the succes of the thresholding, getting correct notifications and sharing my findings on the data from the two accelerometers. Stay tuned :)

Woes of a Linux Newb

I was dragging my heels on finishing my project but I was closely following yours! Good work! I finally just posted mine up. I also needed to monitor our washing machine:

Neat implementation and I must say thinger.io looks quite interesting. I have some digistump oaks (ESP's) which I plan to experiment with on particle.io once I am done with this project :)