I got some Digistump Oaks (based on ESP8266) from the kickstarter and my track record with it has not been perfect, from troubles registering them in the particle cloud to having a hard time getting the OTA flashing to work*. However I have for 9ish months had one mounted in my doorbell, to 'push' the button which unlocks my door. Simple, but very handy project :) 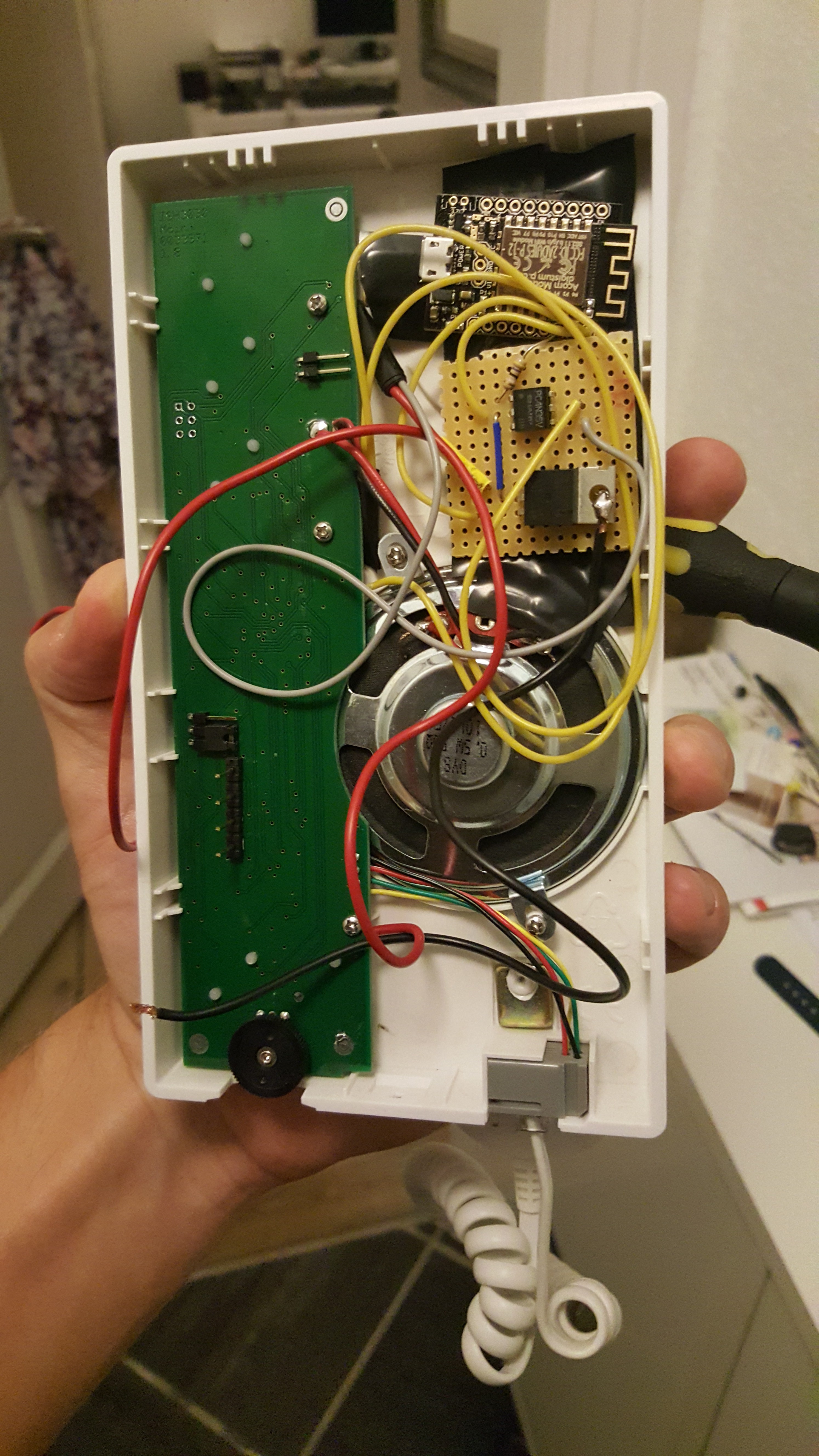 The doorbell project - very simple project, but might still be writeup at some point

The Oak will serve as a wireless bridge in this project. The plan is to use an Arduino to handle sensor inputs, and send the results via serial to the Oak and the Oak then transmits it to my backend. I know it's a bit overkill, the Oak could probably handle the sensor input on it's own, but for now the Oak is serving bridge duty, while the Arduino gives me access to all the sensor libraries in the world. Once everything regarding I/O is figured out for the project it might be ported to run on the Oak alone - we'll see.

I've written a firmware which takes data on the serial line and buffers it until a newline is received. Once this happens it published the buffer to the particle cloud, which passes it along to my google cloud account. The code is available here, https://github.com/Lazarus9000/WashingV2/blob/master/Serial_particle_bridge/Serial_particle_bridge.ino