In anticipation of a large desert camping trip that was eventually canceled, I set up my Raspberry Pi 2 to function as an open hotspot that streams my music collection. I have grander plans for that project for next year's trip, but in the mean time, the RPI Zero competition has inspired me to miniaturize the setup for more convenient everyday use. 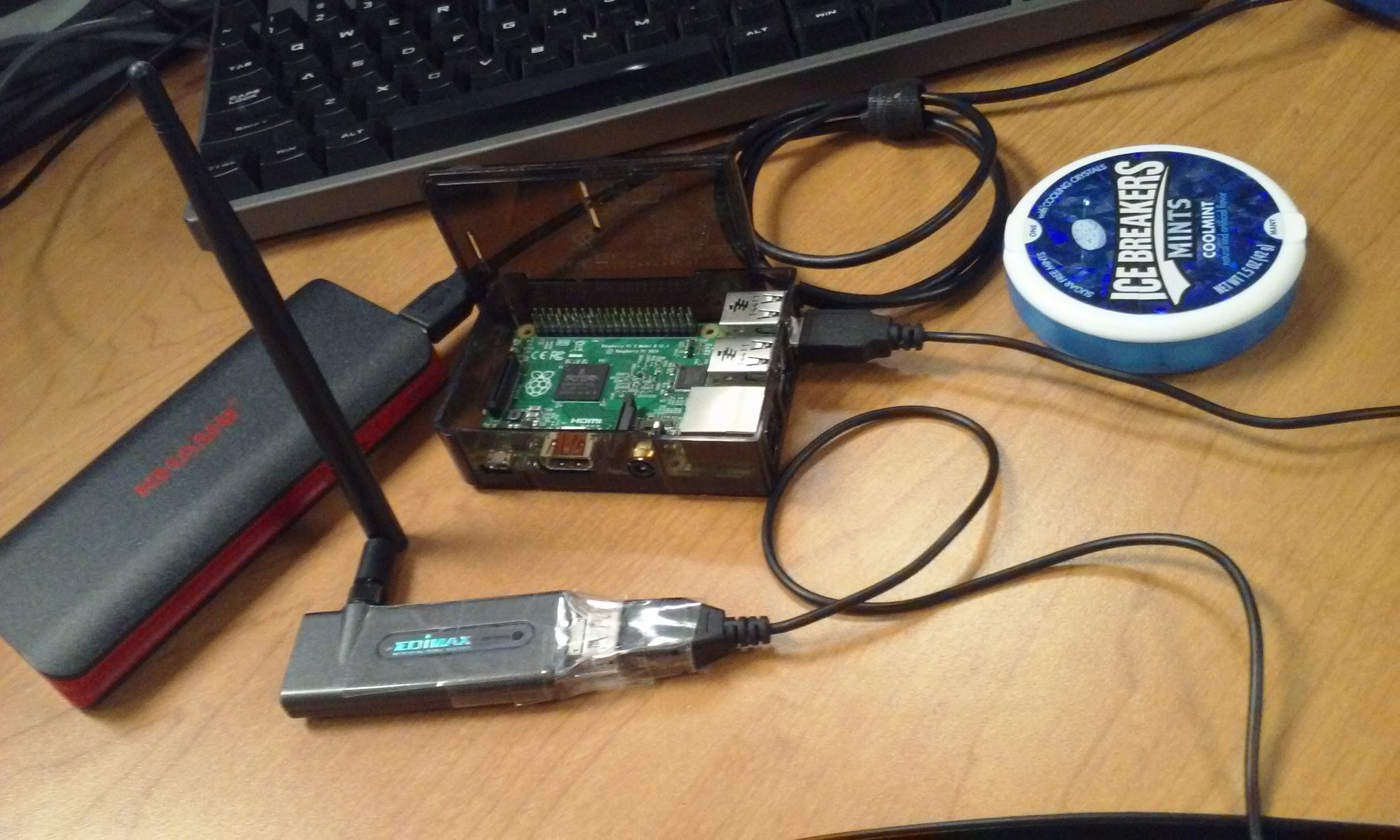 I would have saved myself a lot of trouble if I had just built a PirateBox with icecast added, but I did learn a lot in the process that will help accelerate development of this smaller version.

I have a few concerns about the Raspberry Pi Zero's performance. On my RPI2, the CPU hovers around 30-40% while streaming. Nearly all of this is due to the transcoding that mpd and icecast2 do on the fly. Whatever format my music is in, it transcodes it to 128 kbps stereo mp3. This includes files that seem to already be in that format.

I have an original Raspberry Pi B (not pictured) I'll be developing on, complete with crappily bridged polyfuse. I don't know the exact form factor the final project will take since I don't have a Zero handy. I'm banking on the zero and a couple AA/18650 cells fitting in an Altoids or Icebreakers box.

The biggest challenge though is that the "social" aspect will require development I'm just not that experienced with yet. I can kludge together basic HTML, but even JS is new to me. A few friends are proficient in Python, so maybe I can leverage them.

The junk drawer at home