At first glance the quality was back where it used to be. The last PCBs I had received from them had very blobby, "liquid" looking silkscreen. This time, the silkscreen looked nice and sharp again. However, when I started working with the board, it became obvious that the silkscreen would sometimes just rub off! Not very good, OSH Park. I hope you'll work out your quality issues soon.

So here's a picture of the "hidden backside" of the LiFePO4wered/Pi add-on board as I was putting it together: It's... pretty full, and I wasn't having the best soldering day. But, here's now at least a first view of what makes this thing tick. Mostly just an MSP430G2131, and a booster based on the MIC2876. The layout was a bear though, especially because the top of the board is mostly "touch button" instead of ground.

One improvement made in this version is the supply to the micro. I used to have trouble with the micro acting up when charging the battery with certain cheap and lousy cell phone chargers. Because the micro is powered straight from the battery, all the high-frequency crap present on the USB 5V would feed into the micro, and the 0.1uF cap was not enough to filter it out. 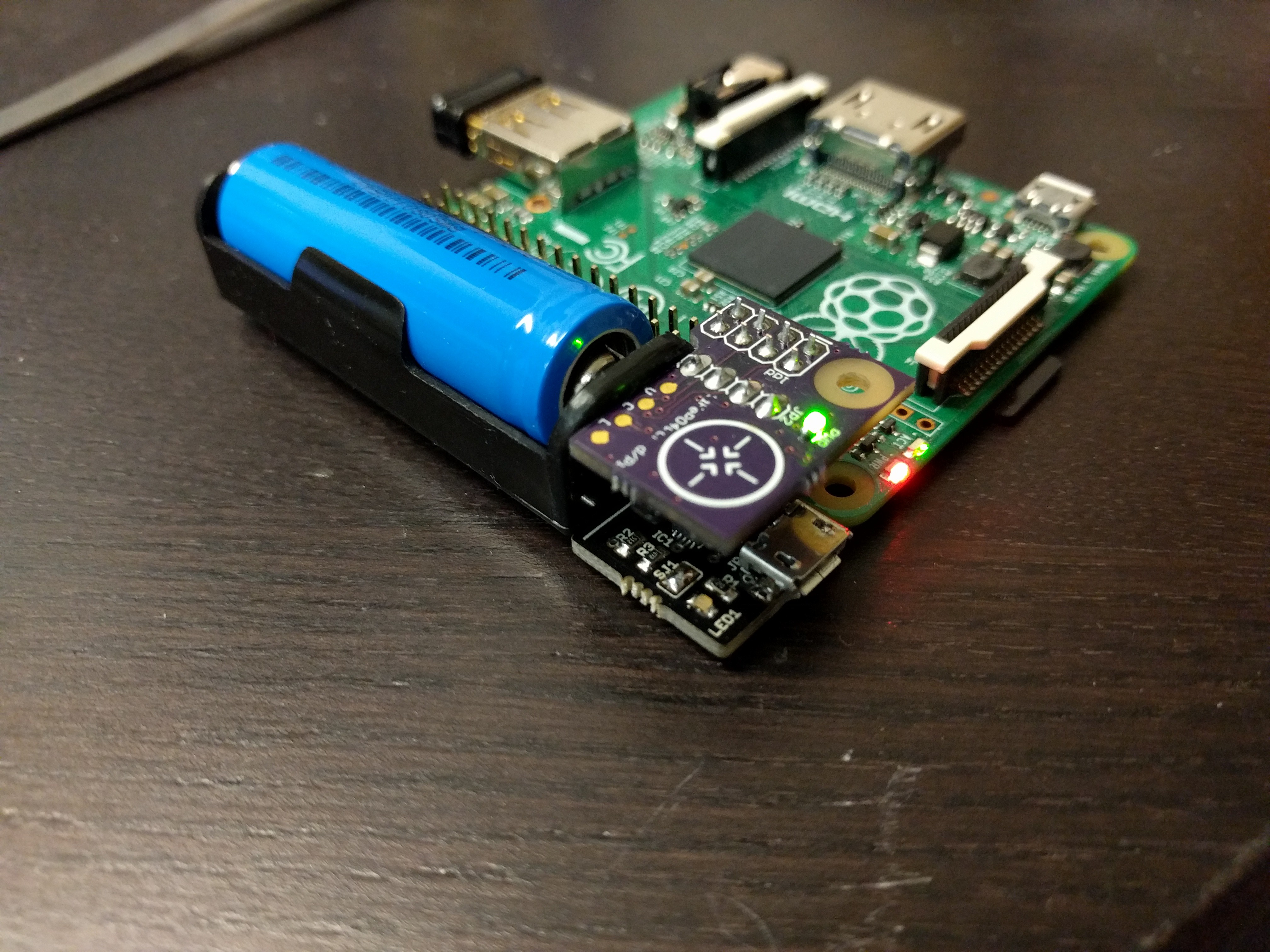 Now it's time to do some testing.

Is pcb layout shared somewhere, is there a complete bom listed also? Thanks!

Nevermind, found it on the projects page...