yet another portable console! ;-) roughly the size of a gameboy micro, with a 2.2" display

ok, again repopulating the board with the components grouped by function (the raspberry-zero and the powerboost 500 are already mounted)

connecting the lipo battery and hitting the power button the pi boots, and pulling the gpio down powers it of :-D

NOTE: the components in the top right corner are left/right channel = two times the same set, but their placement got a bit mixed up = is not symmetrical... oh well, just have to follow the silkscreen :-P

Testing the audio with a pair of headphones: works! :-)

(when nothing is playing - eg the channels are silent - there seems to be a tiny bit of high frequency noise coming from somewhere - and sd-io is also slightly audible... i wonder if that is just due to the anaolog/pwm nature of the system or bad board design/soldering :-S )

the 2.2" display is held by a metal bracket, which in turn is glued with strips of double sided tape to the donor-pcb.

a sharp knife makes short work of these: 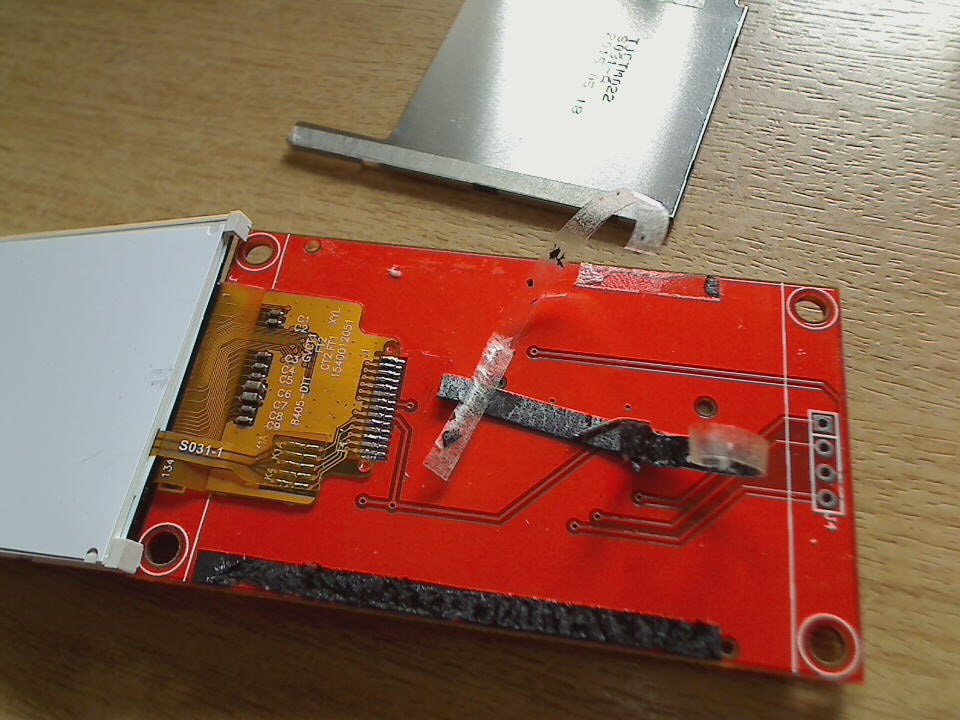 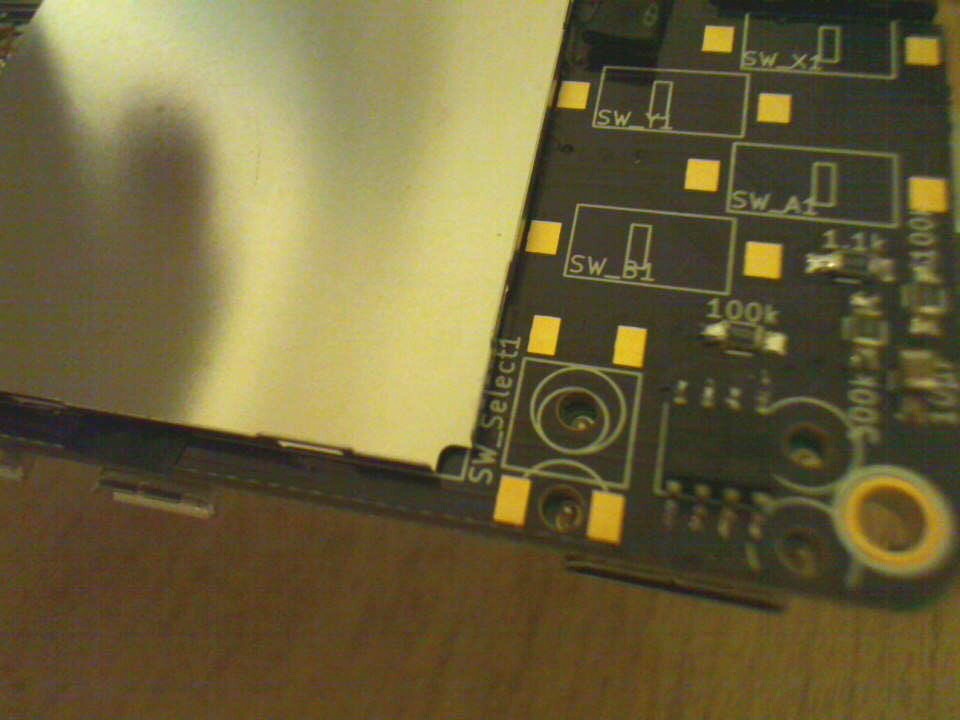 Note: are some contacts on the front-side of the pi-boy-pcb that need to be masked of with insulating tape befor glueing down the metal braket!

* double/tripple check the solder-joints/solder bridges since the contact pitch is ultra small :-P

powering the hole thing up and we have picture! :-D 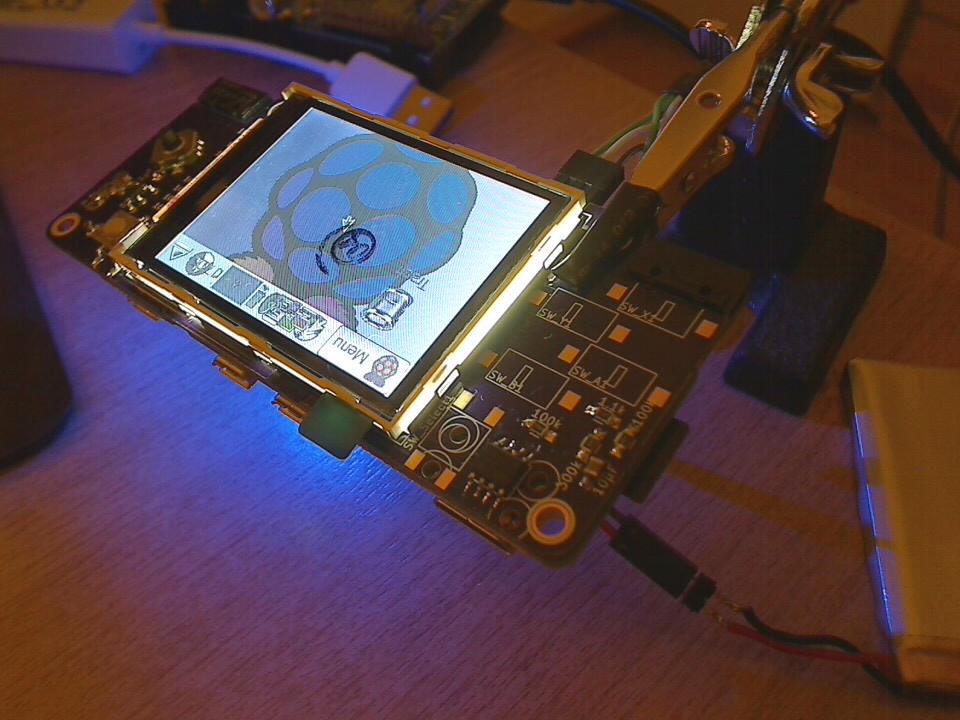 (upside down, but thats easily fixed in the config)

hand soldering the raspberry to the baseboard