yet another portable console! ;-) roughly the size of a gameboy micro, with a 2.2" display

mainly buttons and the usb socket...

the usb-socket has mounting tabs which i decided to trim down at the side close to the alps-nav switch, just in case the room is needed later on by the 3d printed that'll come ontop of it 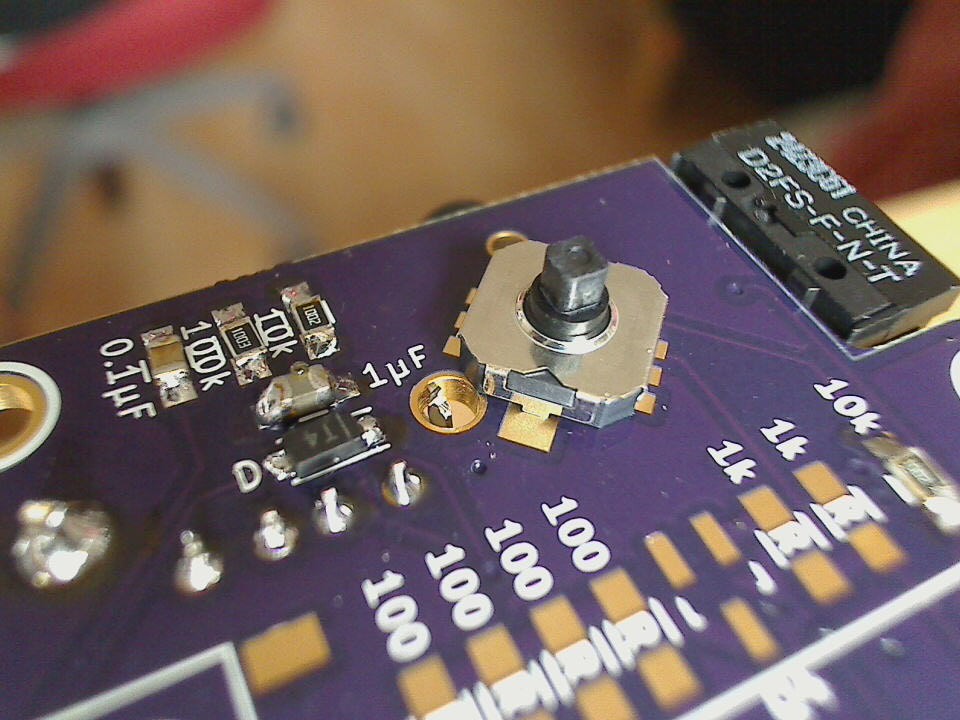 the omron switches chosen for ABXY have some position keys on the back, which have to be trimmed also -- which was a design decision, including holes for those would have interfered with the smd-pads on the other side 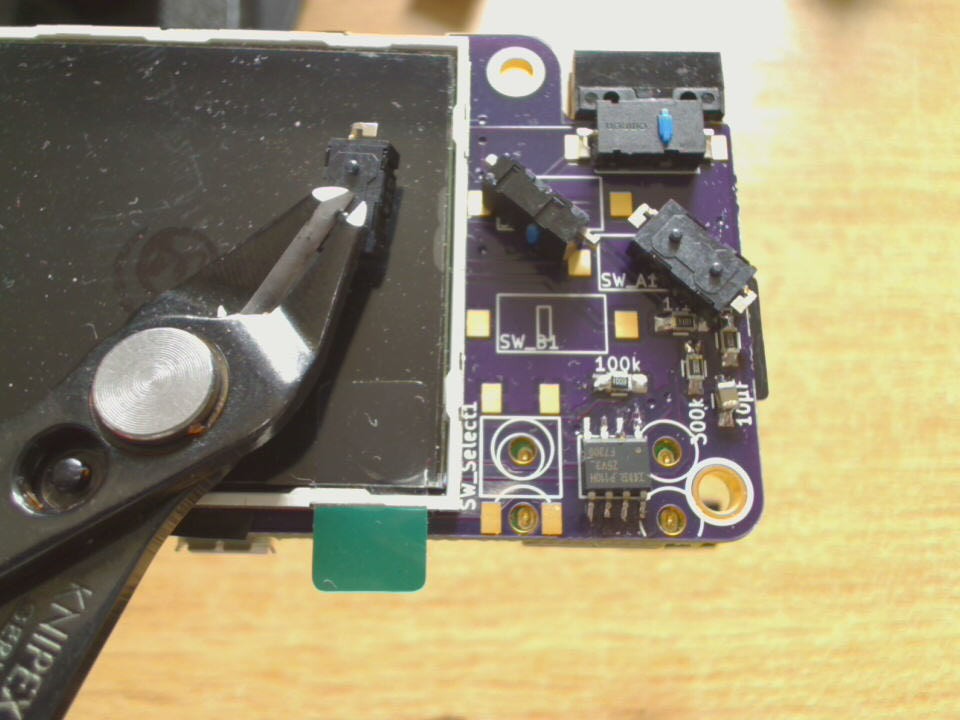 in retrospect it would have been a bit easier to mount the tft last, since it sits close to some solder-pads... but it was still doable

and another minor mistake...