In the maker community many makers still rely on proprietary graphic editors like Illustrator, sketchup, fusion, solidworks or even autocad. Editors for the browser are starting to emerge but most of them offer a complete application with integration in a cloud where you store your very own artifacts. Or you end up with mandatory fees and other regulations.
In addition it is very hard to find software capable of creating customizable reactive graphics.

I have taken up the gauntlet and created iPath a javascript library for scripting online, customizable and reactive graphics in your browser. iPath lets you create graphics in a not so traditional way: "Thou shall script." and lets you formalize a (vector)path for an online pen or a concrete computer controlled nozzle like a plasma, laser, millingbit or waterjet.

stretchsketch is a website (developed and maintained by me) where you can view, modify and edit graphics which are scripted with (or rather in) iPath. In contrast with iPath, stretchsketch' source is not on github because, it is not something I'm very proud of and it I think it is not interesting to anyone. In case you're interested you're of course free to inspect its source etc.

Once an image has been selected, you can 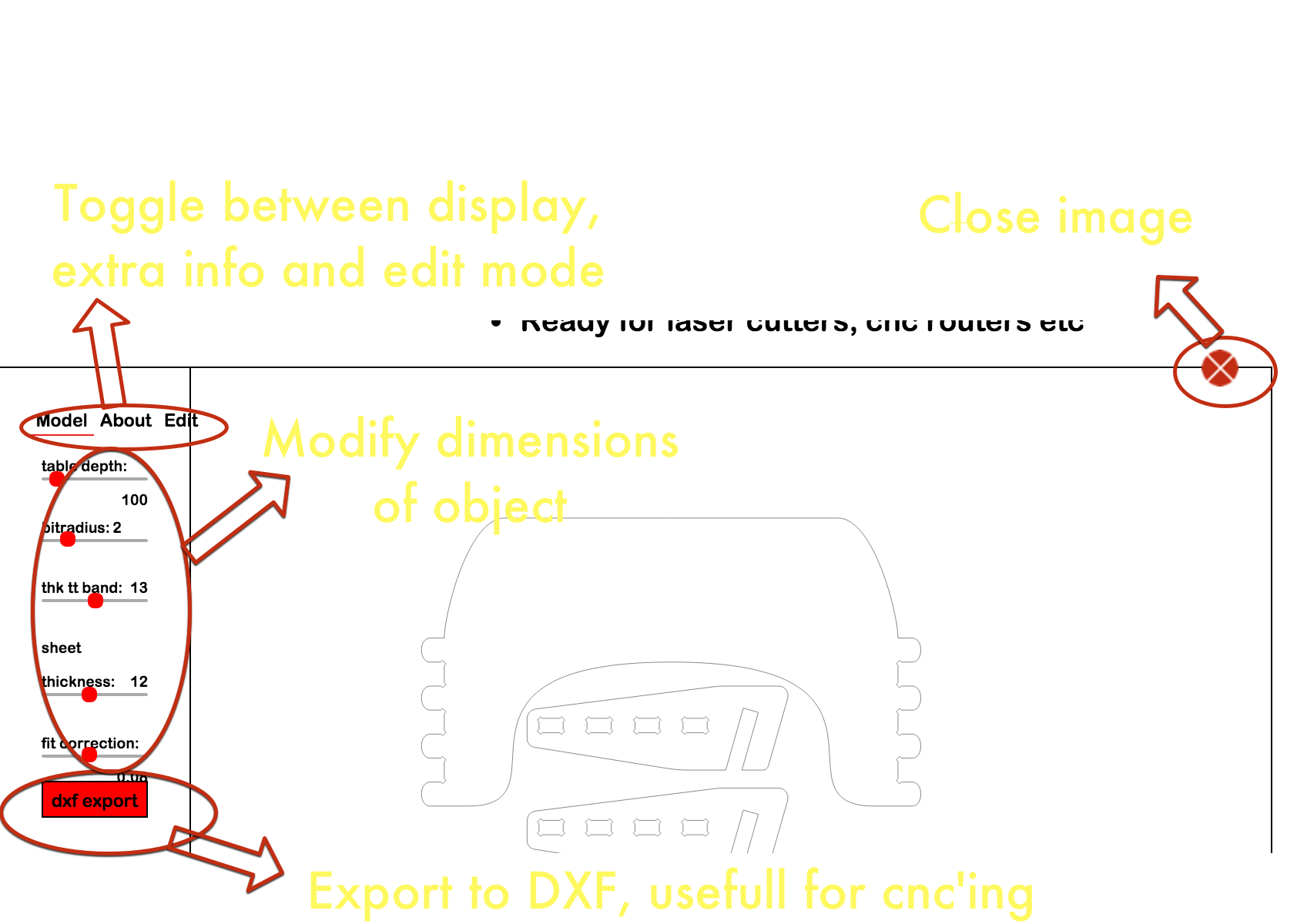 Now.. let us formalize a path for a square in iPath:

to create the same square with a more configurable dimension:

If you want to move the pen (or nozzle) without leaving a trace use move:

And if you want to create an "array of x windows"

Turtle line comes from Logo, and it presents the idea of guiding a turtle on the screen, with supplying an direction and length. The argument to turtleLine is a Javascript object with an r and a attribute. The r stands for radius and is equal to the length, a is the angle (in radians). Again the repitition can be applied:Which will show our square again. Using this technique we can create a gear-wheel quite "simple" (or relative little code): 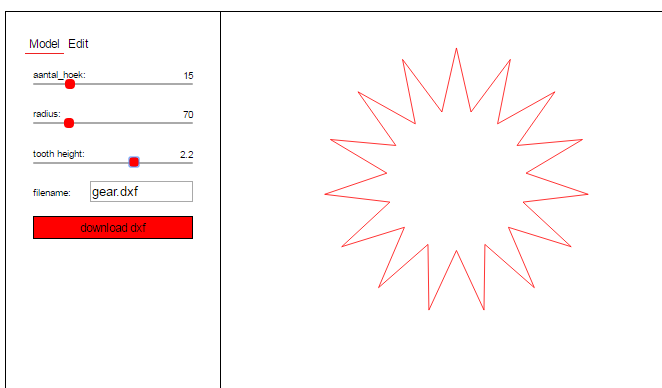 Thank you for your question, and it is a very relevant one indeed. Openjscad is a terrific project, and if I would have known about it’s existence before I started with iPat's predecessor I probably would have considered using and possibly contributing to it.

Having said that, iPath is now a relatively independent small javascript library focussing on scripting pen movements. It can be included in your own website without any trouble. I also think that iPath is in its domain (2D graphics) faster and easier than openjscad.

Above thatiPath has more possibilities for cnc-specific functionality like overcut, fillet, reflection. bezier and bezier to poly conversion. I’m not sure that openjscad can export to dxf, my - or rather my CNC shop’s- preferred format. Not sure how well the openjscad format’s like STL or X3D are accepted in 2D oriented CNC shops. iPath has also more cnc materialised example objects, like stools, cupboards tables etc.

I’m still planning an export builder to generate openjscad paths from iPath, so I can make 3D models with extrusion etc, but this is still on my backlog.

Hope this answers your question.

How does this project differ from http://openjscad.org?

The L-System or Lindenmayer System is a mathematical system to describe the growth of plants or fractals.
Project Owner Contributor