It's been a while, but worth it! Rocket Control Version 2.0!

Use control systems to control and stabilize a Amateur Rocket

Hey guys, been a while since I last updated. Over this week I finally had free time to work freely on my rocket. I went ahead and started Rocket Stabilization & Control Version 2.0

In this version there are MAJOR UPDATES

They are as follows

It has taken a lot of work this week, I have been staying up late into the night each day working on this.

The final released version will be put out most likely Monday night.

I have most of the software actually done, besides the functions I need to program into the flight computer to do each thing.

The PC then sends commands into it where that ESP8266 relays those commands via UDP unto another ESP8266 which is connected to the Flight Computer. That ESP then relays each message to the flight computer via Serial. Since the upgrade the flight computer has two serial ports and is able to recieve data and translate it while being able to output then onto USB serial which is useful of debugging of the system. I have tested each system as I have been going and right after I publish this log I will be conducting a fullscale test and will be letting you know how that goes.

Here is an image of the flight software I designed 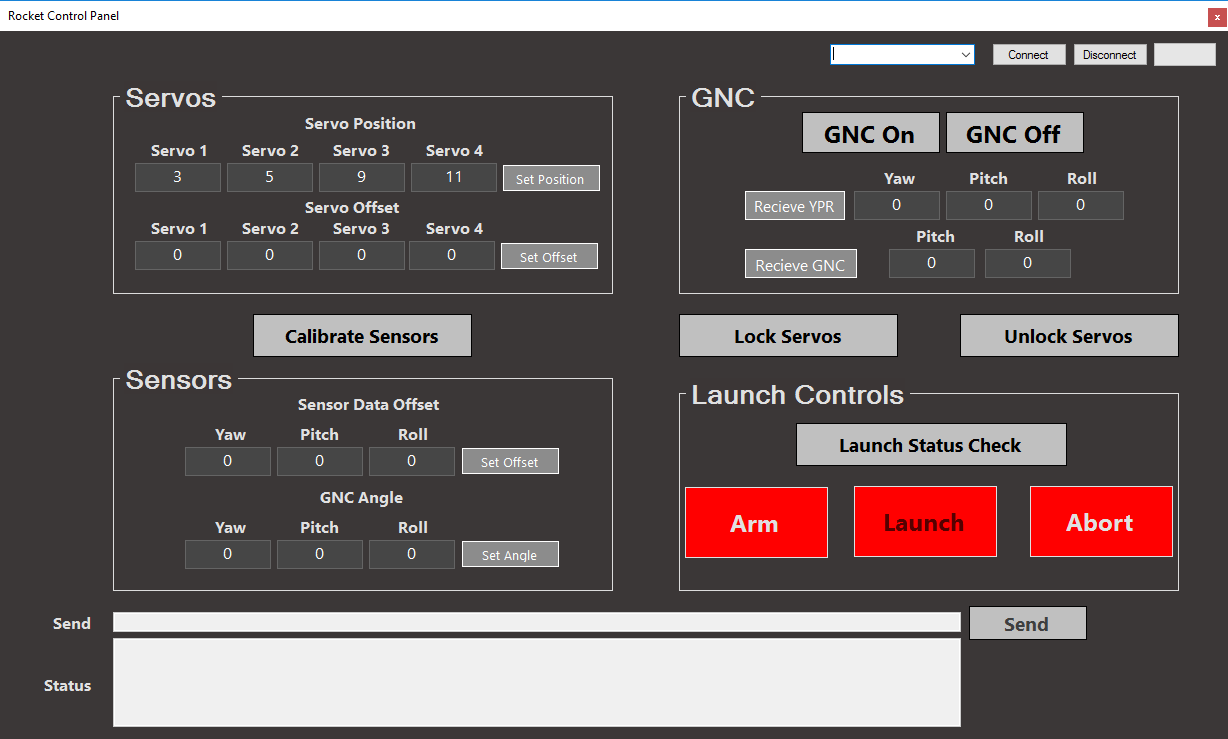