A project log for $5 Graphics Card For Homebrew Z80

Using a Pi Zero, I want to create a cheap keyboard interface and graphics card for my RC2014 homebrew computer

So, with breadboard and jumper wires, I had proved that a Pi Zero would be great as a keyboard / display adapter for the RC2014, but now I needed a neater and more permanent solution. Time to fire up Kicad...

On the face of it, there really isn't much to this. It's just a passive adapter between the Pi Zero and the RC2014 with a composite signal breakout. The Kicad library, however, didn't know what a Pi Zero was (or even a phono connector). I found some other Pi variants on line, but although the 40 pin header is the same, they didn't contain the extra 4 pins (reset and comp out), so I quickely drew up some new components The PCB isn't much more complicated, although, again, I had to design new components for the Pi and also for the BNC adapter 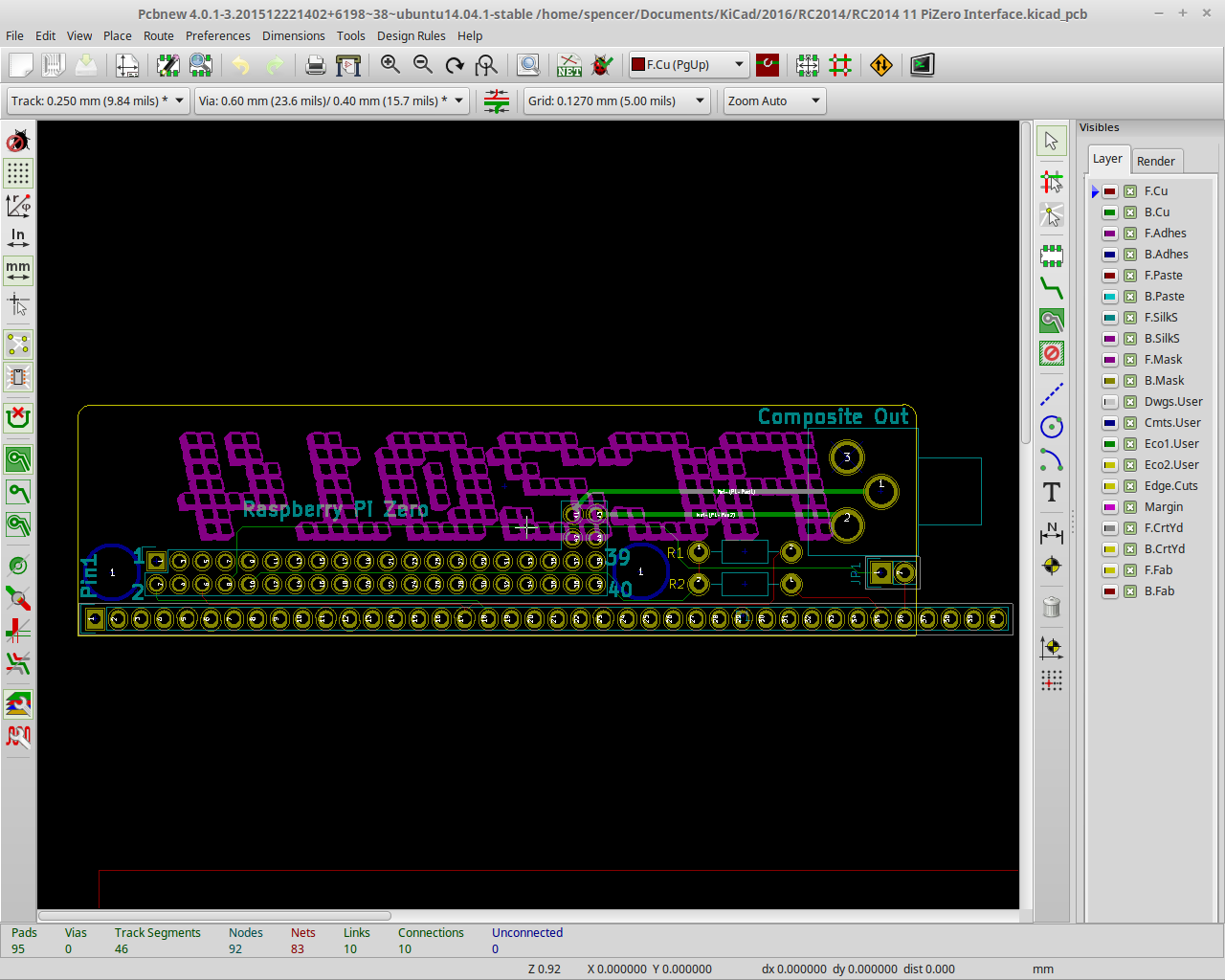 For this board, I decided to get fancy and round off the corners! And also add some mounting holes that line up with the holes in the Pi Zero in case I want to bolt it to the board.

Once I was happy everything would turn out the way I wanted, off to OSHPark I went!

Then the waiting started...