More On the Way

So, as I'm about to pass out I've completed and uploaded the following PCBs:

The adapter boards use a 12-pin, right-angle header to perpendicularly plug into the Display Board. As long as a standard adapter is used with a mainboard that used a standard receptacle or reversed with reversed, you're good to go. This board also allows the Display Board's receiving pinout to stay constant and the terminations for the data lines and high(er) speed PWM line are on this adapter board.

For both of these little boards, I opted to try out freerouting.net to see how it's behave and if it'd be a bit useful. It allowed me to focus on other work while it hacked away at these guys. I did have to tweak a couple things on both after importing back into Eagle, but I'm happy with the work it did. I'm having it chug away at the mainboard to see if it can help out there at all. I'm fully aware though that it does no optimizations for maintaining contiguous ground planes so for some things it's use may be limited. I do want to see if it can remove several 10's of vias to reduce fabrication time and cost. 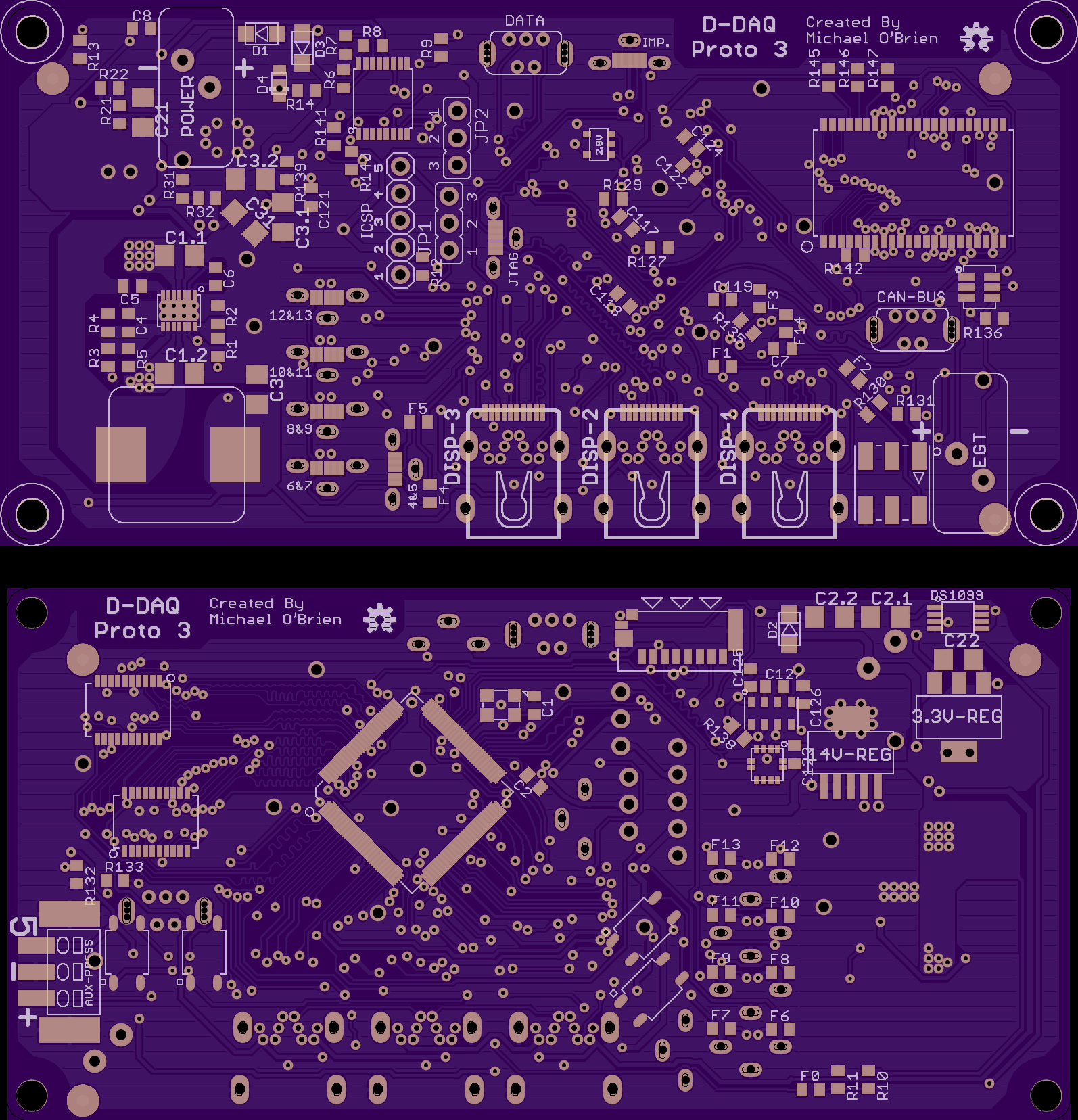 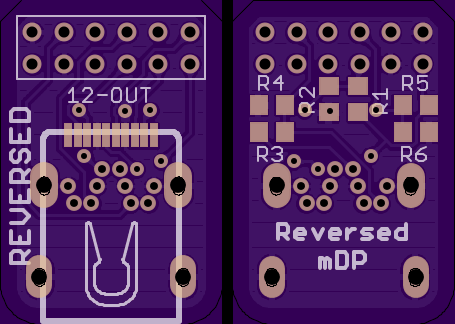 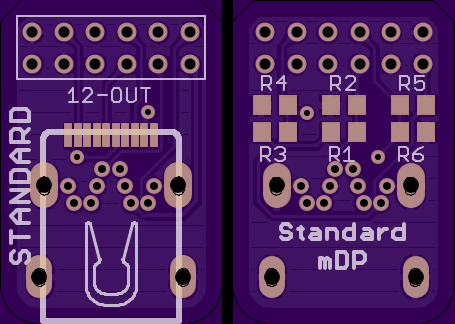 Edit: Boards were ordered this morning and were scheduled to be panelized on Monday, however Osh Park panelized them and sent them in today. I'm far from being out of the tick of it. Right now, with those boards in the fab shop, and some modicum of confidence as to their functionality, I'm going to get started on the sensor board. Right now I have 10 planned and 3 test boards planned. Remember that the sensor boards have 2 inputs on them.

So far the boards that are planned are:

Overall this shouldn't be too "difficult" as once I have a circuit confirmed as solid and reliable, it's only a matter of getting in on a board next to another. If someone has any requests for different types of sensor inputs, I'm more than open to hear about them :)