An interactive device for helping a kindergarten class learn to play harmonica.

I hesitantly plugged in my soldering iron today and set to work on the arduous process of wiring up the LEDs. You may think that soldering up 46 LEDs is no big project, but these are wee little 1608 smd LEDs being soldered to thin magnet wire with an uncontrolled 30watt iron. This demands a jig, so I made this simple clamp to hold the LED while I hold wire in one hand and iron in the other. 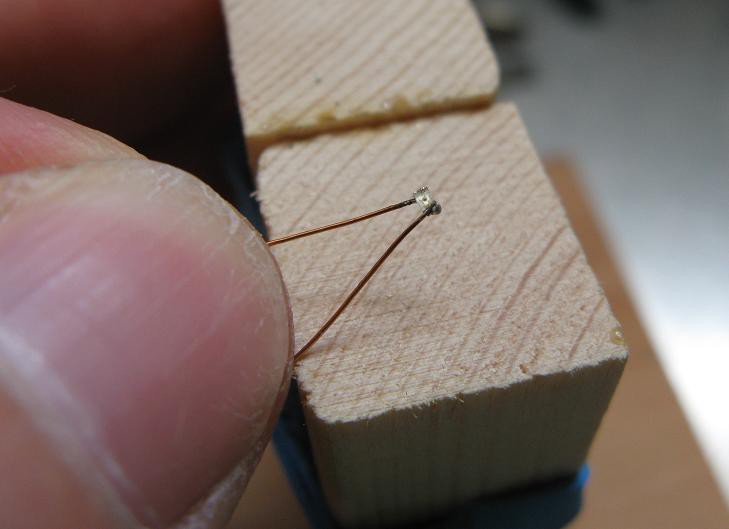 The circles only need two LEDs and the wires are all the same, so I started with those. Here is one glued in place and lit up. 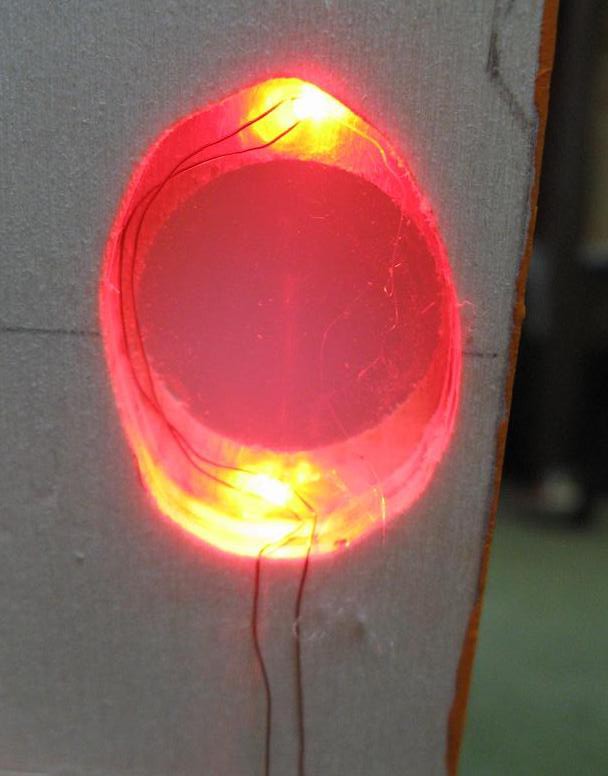 And here are one red and one blue from the front with a foil back plate held in place. For some reason my camera could not capture the true colors. They do not look yellow and white as in the picture. They are the typical red and blue LED colors and they look fantastic. I can't wait to get the rest finished. At this point I have the seven circles and the two ど characters done. 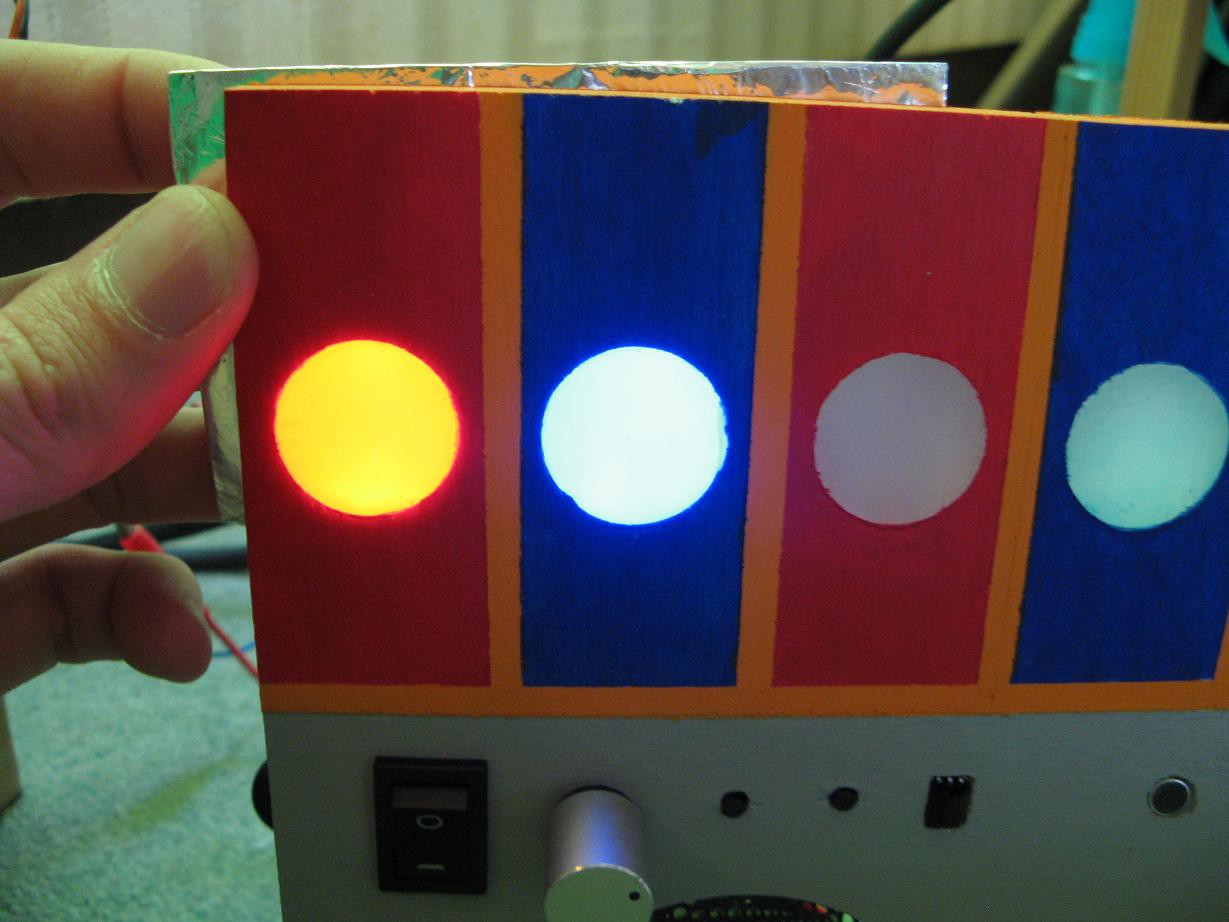 It's about time. I got the code for the Teensy and the ATmega(LED and IR controller) written. I've run a few tests and it seems to work alright, but I can't fully test it until I get the whole circuit put together, which means the rest of those LEDs. I don't want to post the code here till then, but it is coming soon.

Making it more reproducible(open) and wiring it up

Code uploaded, all LEDs wired up and ready