An interactive device for helping a kindergarten class learn to play harmonica.

The device has been complete for several weeks now, but I've been procrastinating here. Finally, here is a short video demonstrating the device.

And here are some pictures. 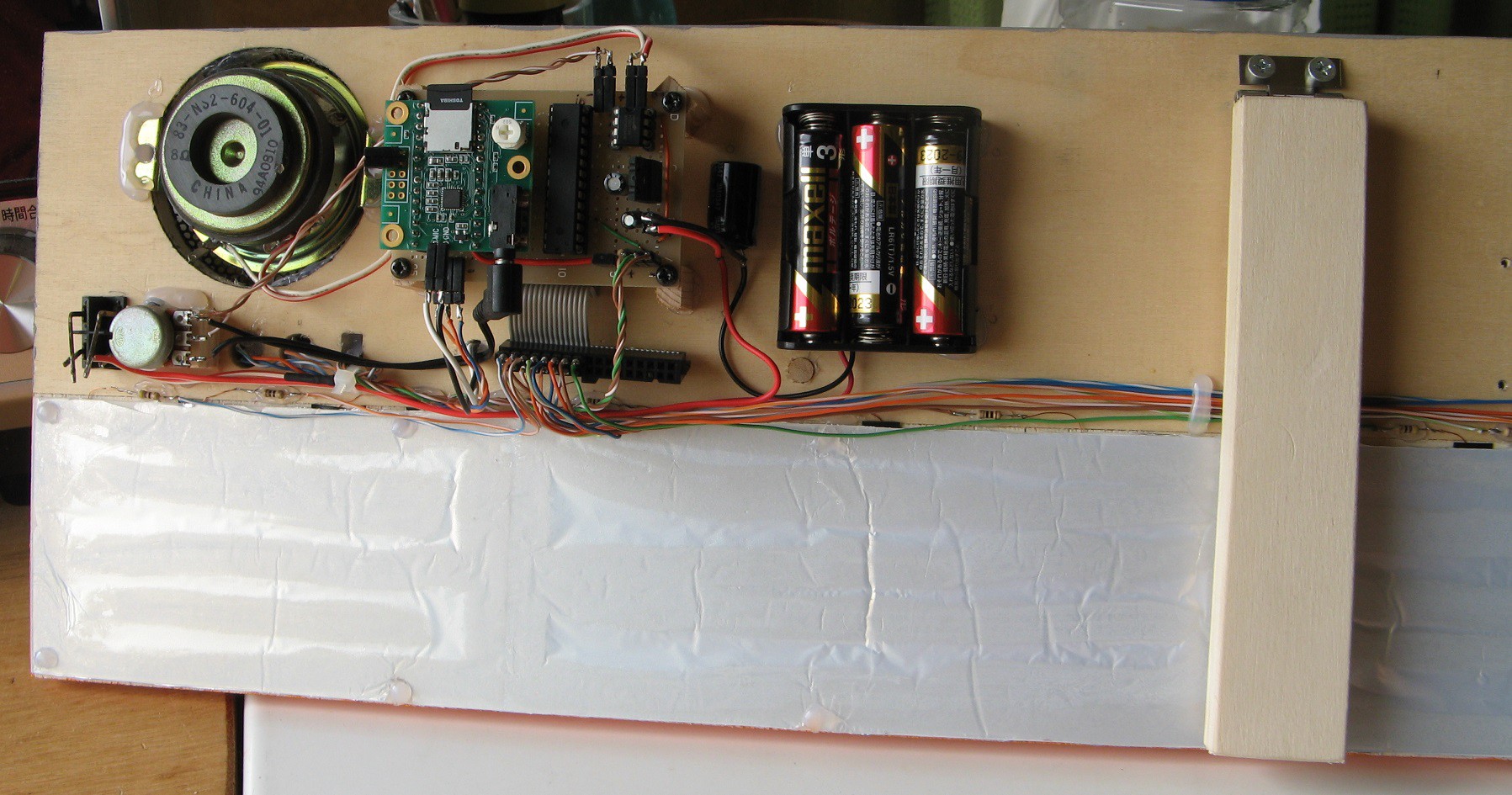 Everything works pretty well, but I haven't had a chance to use it in the class because we haven't practiced harmonica for a couple months. Hopefully we'll get back to practicing soon. The other teachers saw it and said "What?! How did you...?" like I'm some kind of wizard. For reference, they are still using cassette tapes and VHS despite owning more modern electronics just because they couldn't be bothered to learn how to hook them up. But that's not what this log is about.

I want to make better recordings of harmonica notes, because the ones I made sound pretty bad. A simple square wave would be almost as good.

I have been modifying the frequency detection code used by the Teensy noteFreq library to more accurately implement the Yin algorithm and open up the possibility of multi-note detection. Once I get a version I'm satisfied with, I'll contact Collin Duffy, who wrote the library to suggest the update.

As I find bugs and figure out better ways of doing things, I'll post updates here.