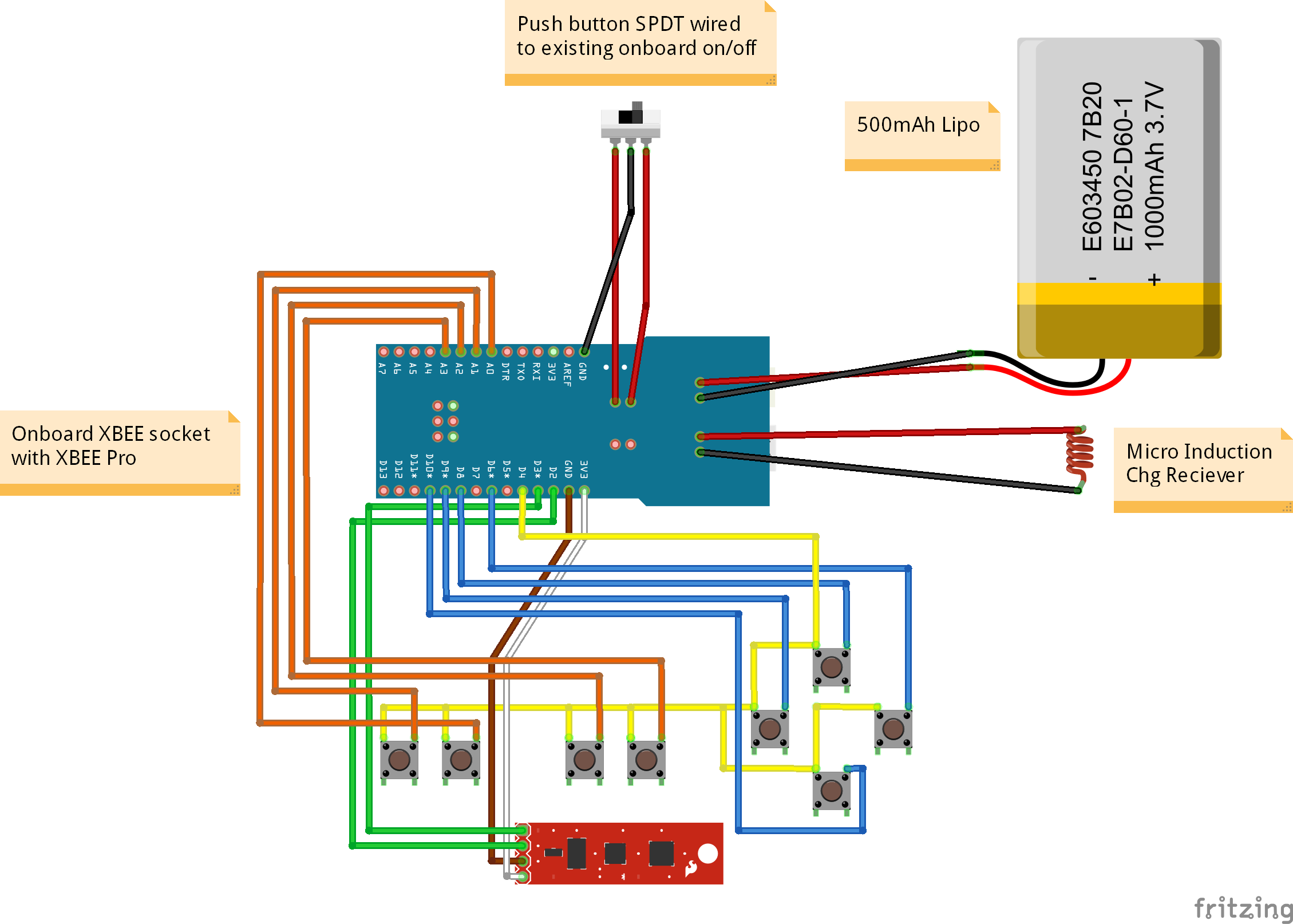 Both K9 & the controller XBEE have been configured to 'broadcast all' so I can include additional robots/controllers later. But I will likely want to switch to mesh networks by that point. I did consider programmatically changing the XBEE configuration based on state but wasnt keen on the soldering. Ideally with the current version once I calibrate the accelerometer the controller will just broadcast what happens buttons/sensor-wise to it's paired unit and the robot will interpret what needs to be done.