I had a bit of a week trying to get a somewhat working K9 for a local ComicCon, short version - I failed and the help I was getting I will be avoiding if I want to get this completed at all. But focusing on the positives one complete controller. 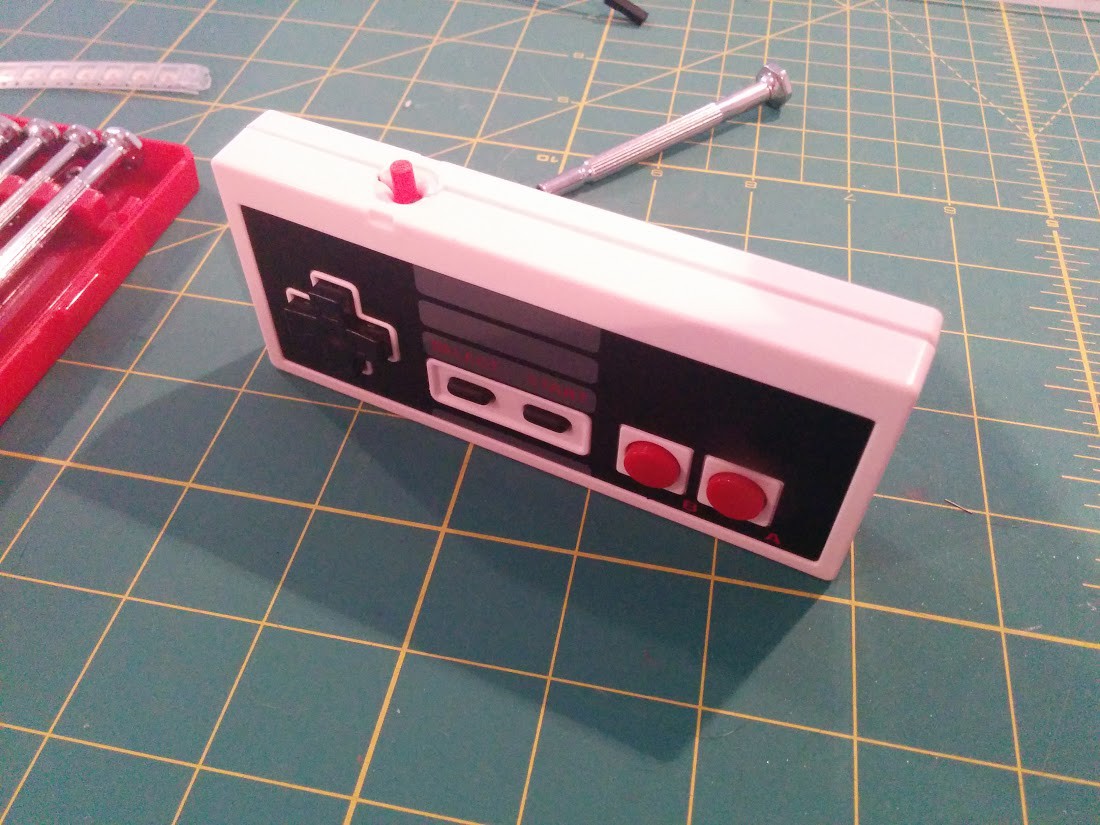 So how did I get this sucker together? Well the small induction charger I got for this project is aparently too small, so small that no one who has gotten it has made it work before. So I had to go up a size into a small phone induction reciever I got off ebay (which *just* fit).

To assemble I removed the existing onboard Arduino Fio power switch & attached my own switch which I had mounted in the 3d printed holder I superglued into the controller (picture below). With the switch on, next I attached the induction charger, positioned everything and got it sandwiched into the case.

It was a little tricky to get it in there and required a little bit of screwdriver poking to get the cables to sit right.

Unfortunately with the larger induction receiver I had to remove more of the existing mounts that hold the controller together hence the gap you see here. I used some thick see through plastic sticker stuff to close the controller. The only downside is it made the switch a little tight and the button on top which I had glued on to the switch is now a bit loose. It cant fall out due to the design but just a little annoying. Chalking that up to lesson learnt type thing. 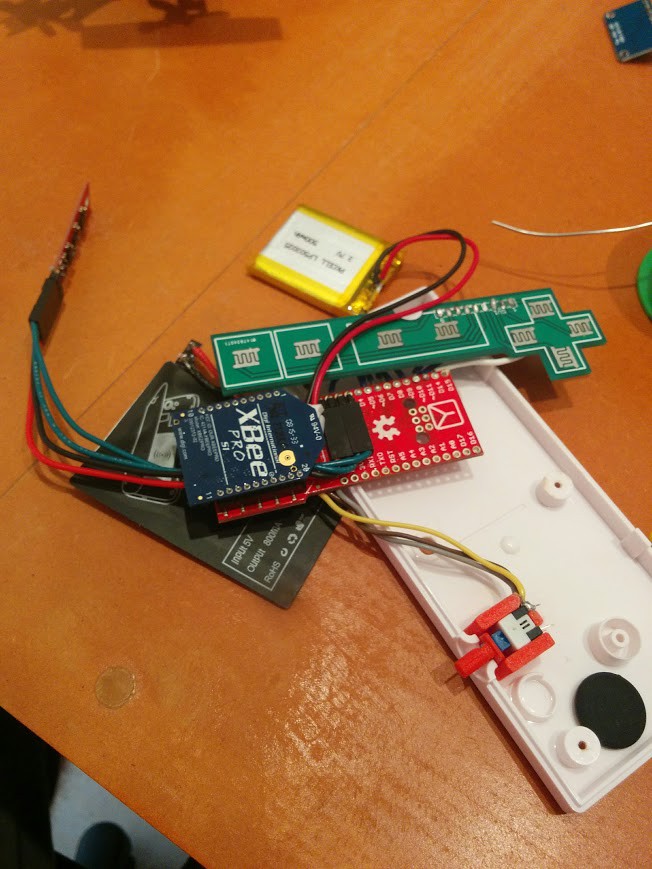 Inside the controlleryou can see a little more of what I had to fit in there. Everything does fit and while I originally intended to add some packing foam around the edges so the button pad didnt move once it was all together it was pretty clear that it wasn't going anywhere.

I had also changed some of the controller code (updated in the project). Basically with an Arduino Fio when you charge it off USB it turns on, and when charging off an induction charger connected through the same route it also turns on. As my controller would just broadcast every 100ms this meant that when it was charging it would be doing that.

I've change the code so that when you turn it on it will do the basic calibration and set-up stuff but have a flag to know if it should start sending data. As soon as any button is pressed it will change the flag state and data will be sent. This way when its charging at least it wont be using the XBee & theoretically using less power to be charging faster.

Given the power consumption of a Arduino Fio + the efficiency of the receiver I expect it would take 2hrs to charge to capacity.

All in all I am pretty happy with the controller. I have set the XBEE to communicate at 9600 and the RPi serial will need to use CTS/RTS but it seems to work quite well.

Next update, as promised will be about the frame + some stuff I did with it on the weekend. That can be tomorrow's update.

Not as messy as it looks

Bit of a Rush for a ComicCon