The monitor wasn't producing very bright colours in the previous step because I haven't implemented porching. In a VGA signal the R,G,B wires are supposed to be at 0v (Black) during the period where the raster beam is moving into position after the sync pulses.

Not all monitors respond to bad porching the same way. My monitor tries to automatically adjust brightness by using the 0v it expects during the porch as a reference which is why it's showing dim faded colours. Some monitors will show streaks across the display because the electron gun is firing when it shouldn't, some monitors don't care and generate porching internally based on the Hsync and Vsync pulses, and some monitors will completely shut down if porching isn't perfect because some assholes though that was good error-handling.

I took some major liberties with the porching. The signal is only porched during the HSync and Vsync pulses. It's supposed to start shortly before the sync pulses and persist shortly after. The circuit works great with my monitor, but I can't guarantee it will function universally. 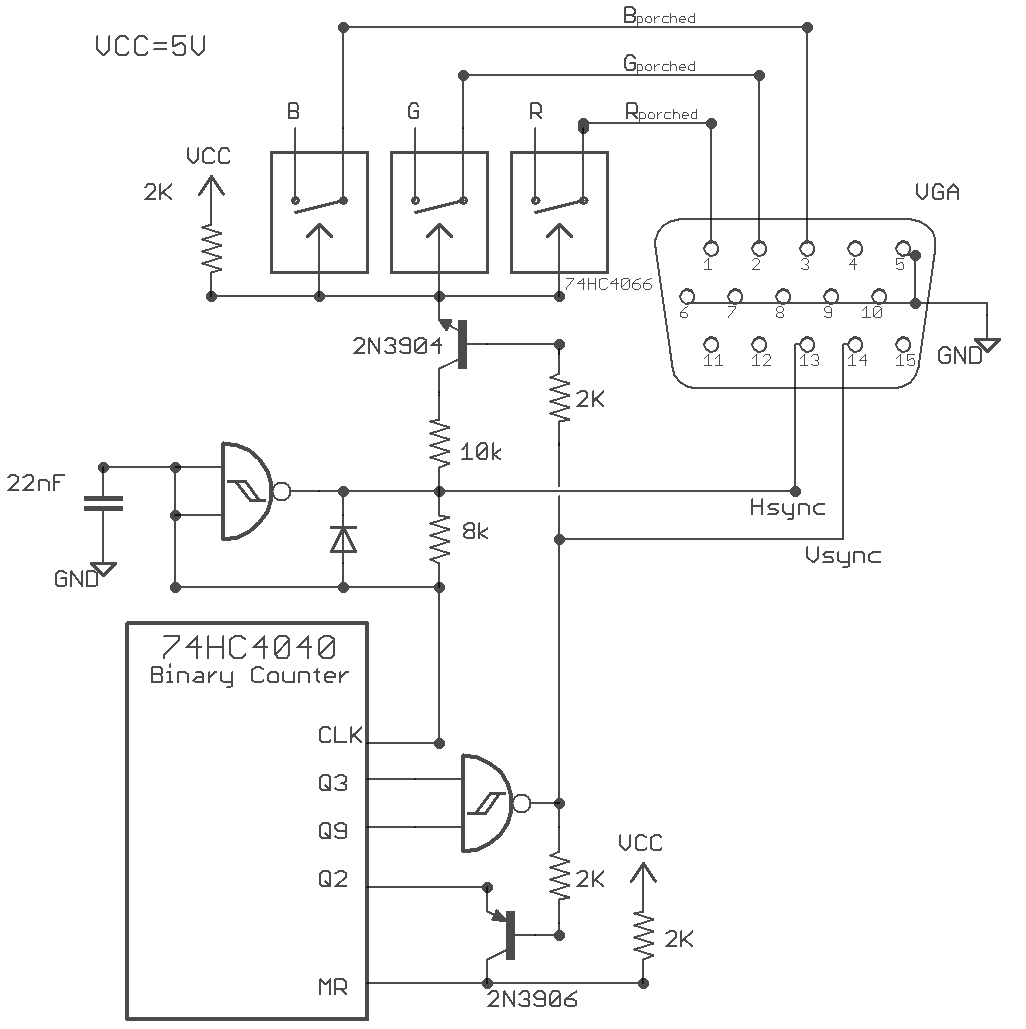 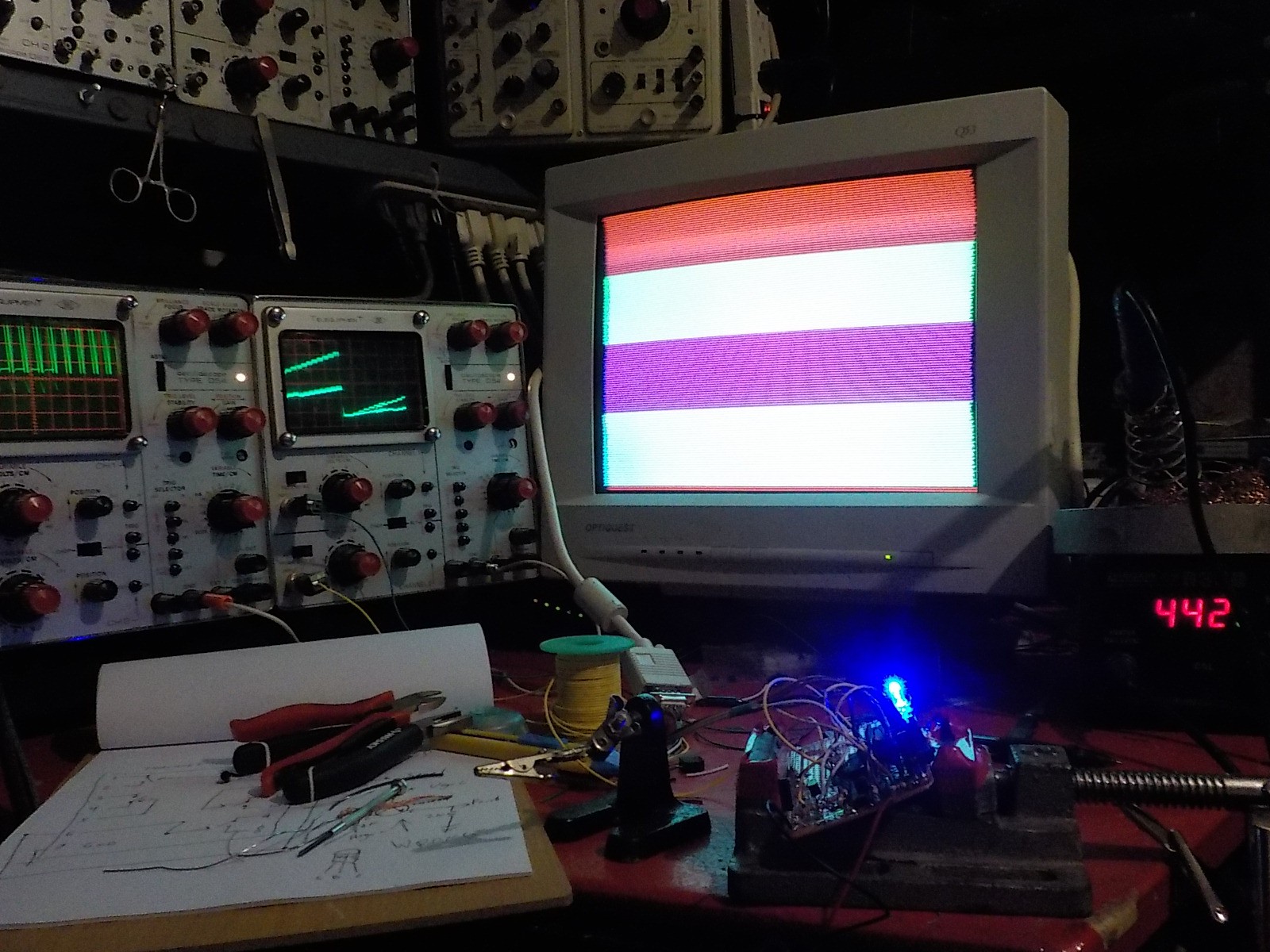