After getting the monitor to turn on I pointed the zapper at the screen and started looking at the detector wire on an oscilloscope. To my surprise I wasn't getting any activity. At first I thought the zapper was broken, but after some research and hardware hacking I figured out the issue and fixed it.

With older light guns like those used by Atari 2600 and Sega MasterSystem you could cheat at any game by simply aiming at a bright light. The game console flashes a white rectangle over a target then thinks the light gun was pointed at the target because it picked up light. Nintendo didn't want it to be that easy to see the last level of Duck Hunt, so they designed the zapper to not be fooled by this trick. It only responds to flashes lasting about a millisecond so it will not be fooled by a static light source. 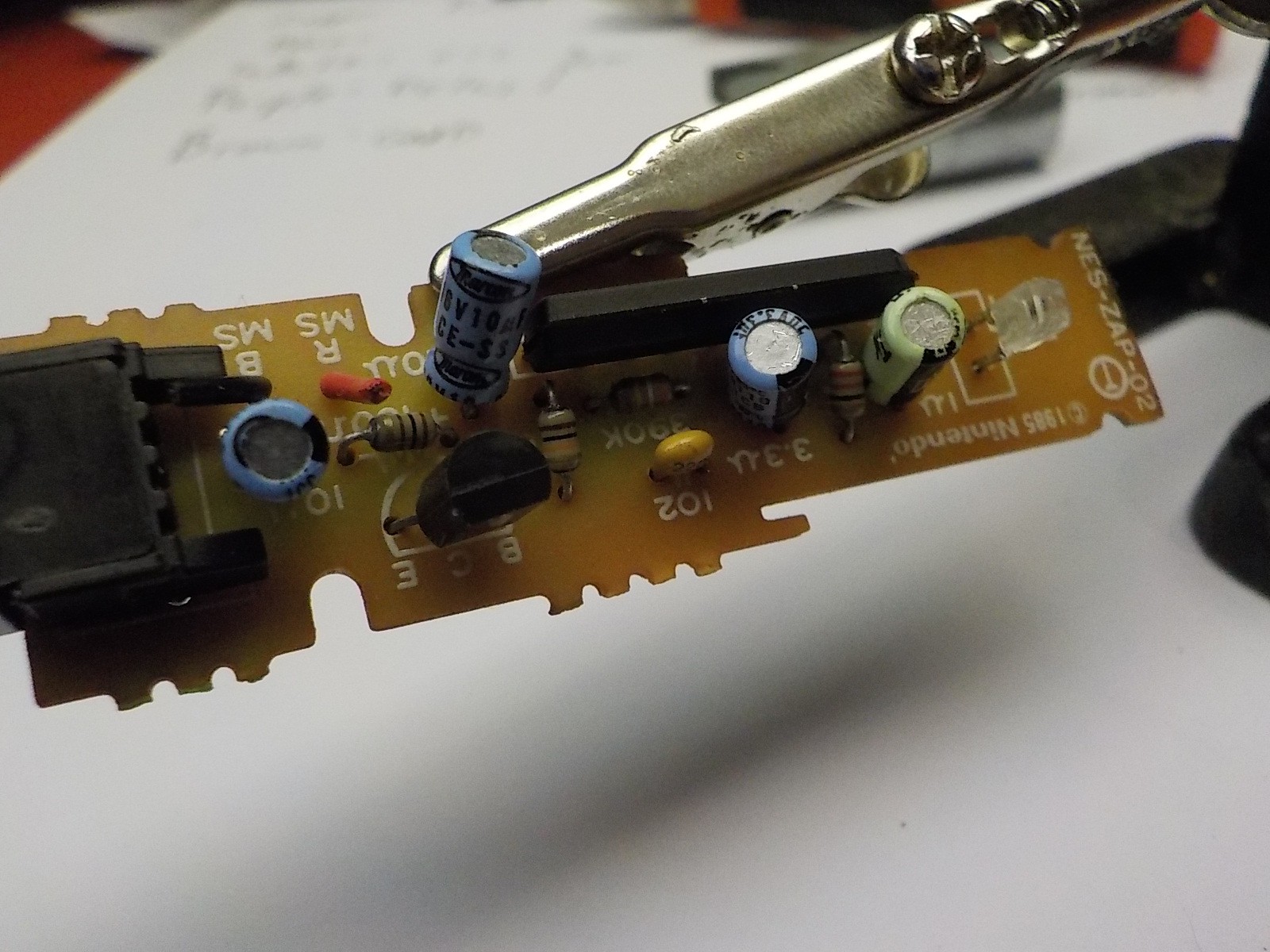 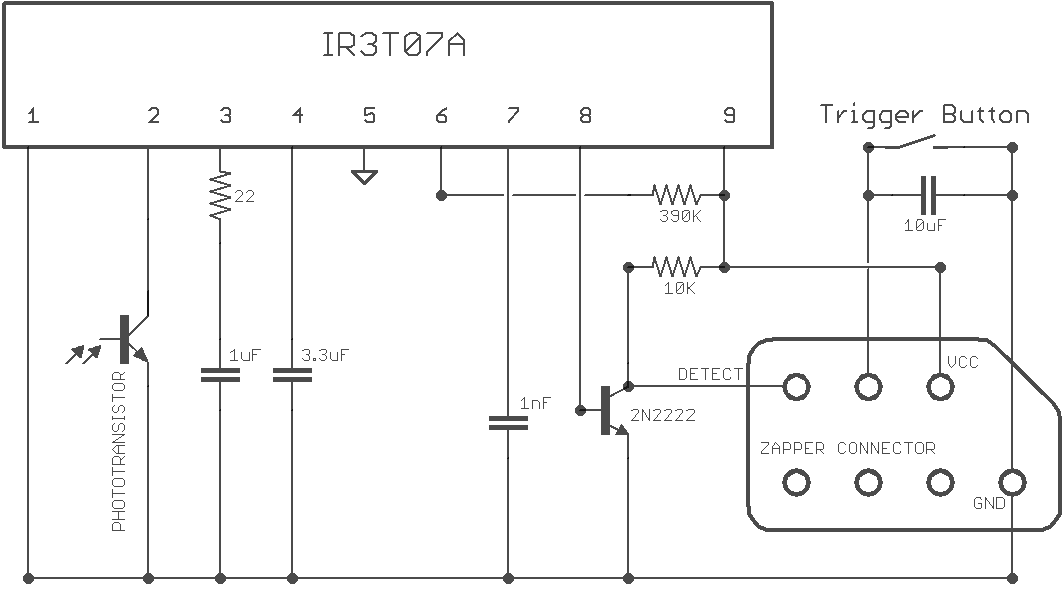 I opened up the light gun and drew out the circuit found inside. As you can see almost all the light detection work is done by an IR3T07A chip. I was unable to find any datasheets for this chip so I started poking around and trying to find a way to get the zapper to respond to static light sources instead of just flashes. 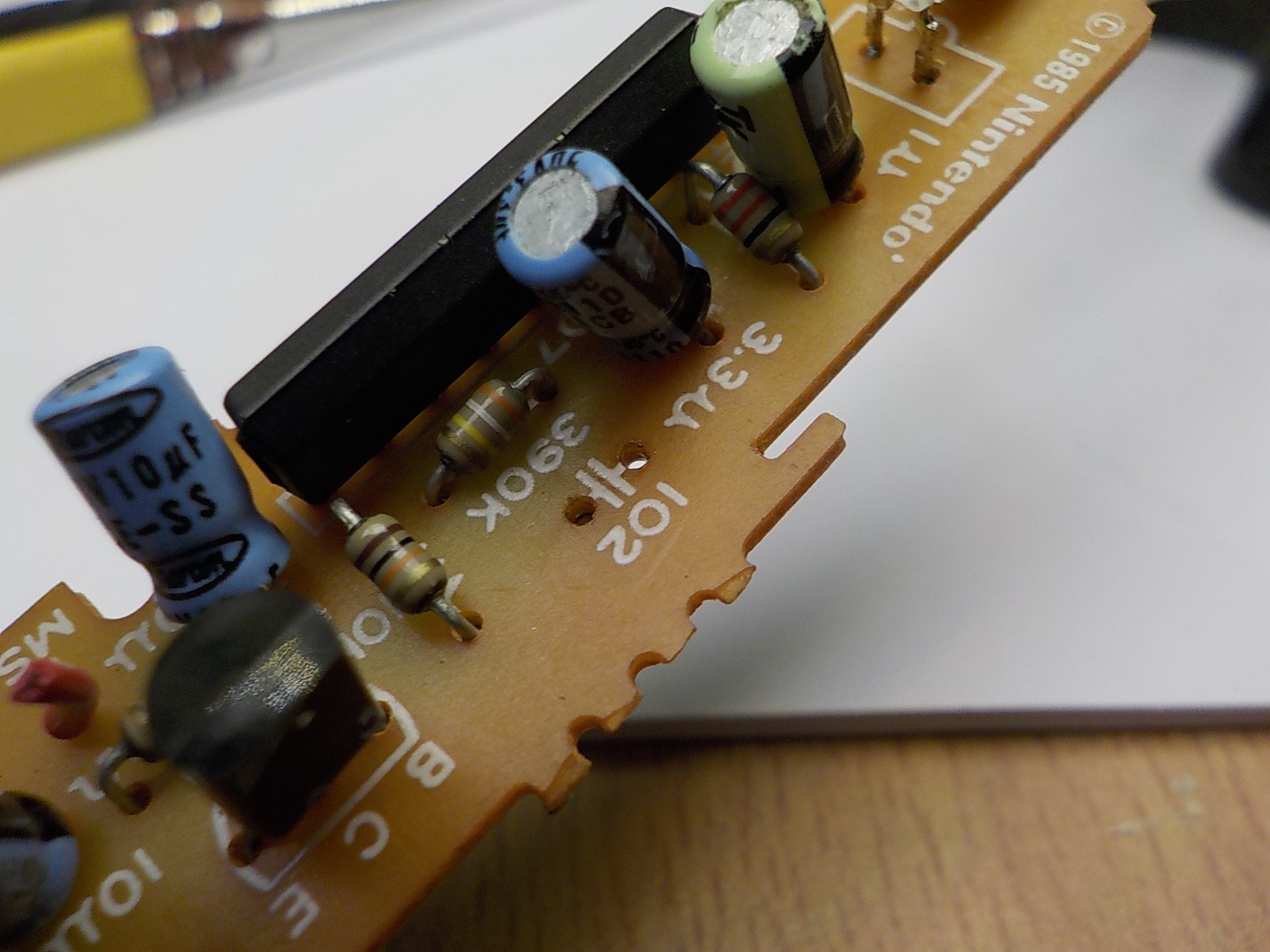 I eventually discovered I could get the results I wanted by removing the 1nF capacitor from the PCB. Strangely the light gun still doesn't respond to being pointed at a lightbulb, but it does respond to the CRT monitor. I think the 1nF capacitor sets the acceptable light flash duration. Removing it leaves a couple pF between the PCB traces, which makes the invisible 60Hz flicker of a CRT monitor acceptable, but not a static light source.

"Strangely the light gun still doesn't respond to being pointed at a lightbulb" -- That is because it looks for light dissipation. not light coming or staying on.

When I 'scoped the pins on the IR3T07A, it was similar to other infrared demodulators (like the GL3274 or CX20106A), just using a visible-light photodiode, and tuned to 16kHz instead of 37kHz