This past weekend I've been at the Madrid Mini Maker Faire 2016 giving a talk about Dextra and showing it to the fair visitors. It was a lot of fun and it also served as a stress test for the hand; until now, it had not been running for such a long time. Thankfully everything worked as expected: the batteries had autonomy for the two days, the electronics worked flawlessly and no piece of the hand broke. So it seems that the design is quite robust, yay!

Last week I worked like crazy to have some new features ready for the fair. Among other things, the palm and the back of the hand have undergone a major redesign to integrate a wrist with an embedded M10 screw, to make it compatible with the International Committee for the Red Cross’s (ICRC) transradial prosthetics manufacturing guidelines. I also designed a base to allow putting the hand in a vertical position. Thanks to this, now I can do grasping experiments in a much convenient way, and it also looks much better than having the hand lying on the table. 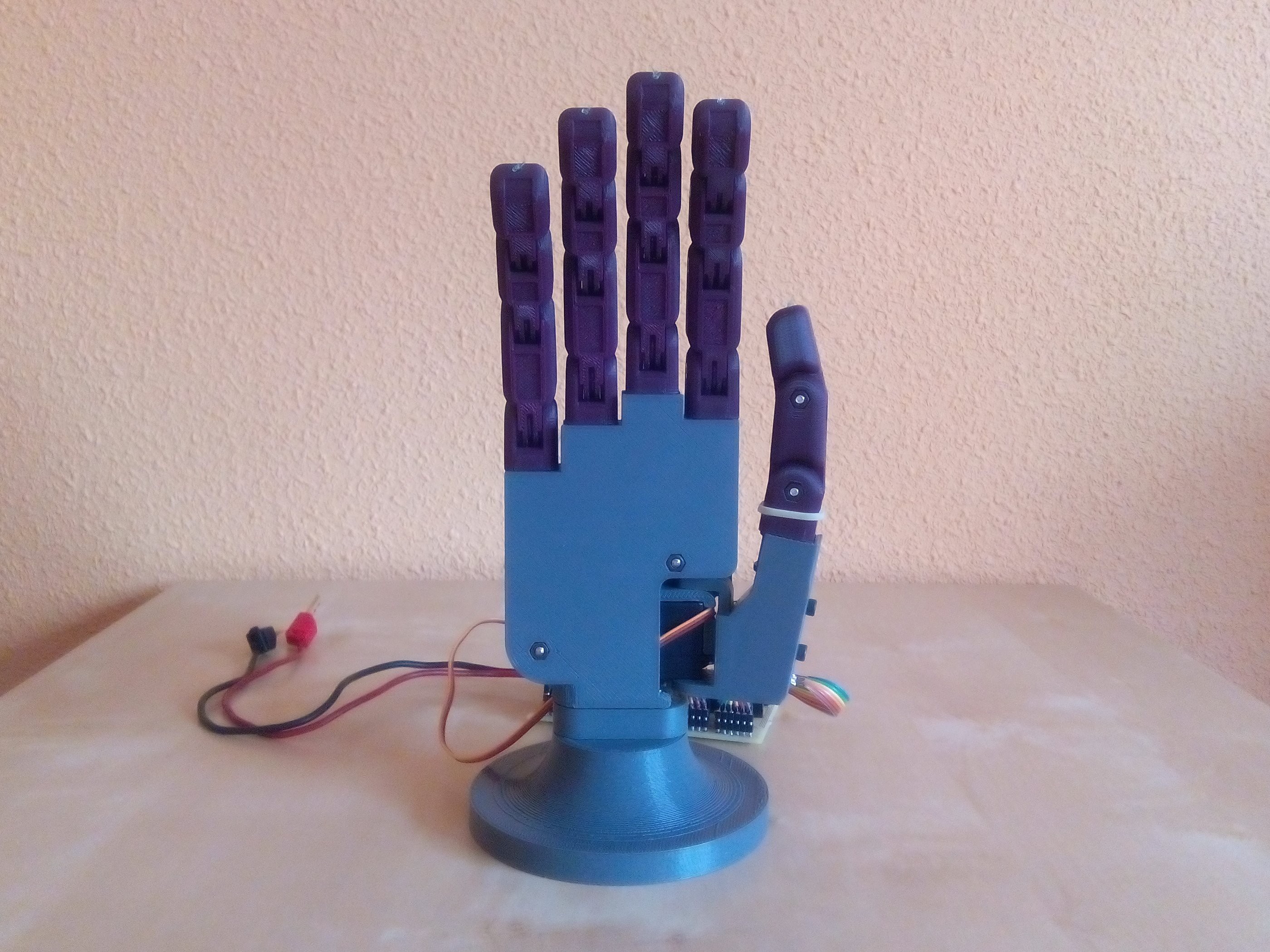 To show what Dextra is capable of, I programmed a bunch of Python scripts to execute different motions as well as to perform some basic grasps. I've updated the videos on the project details to show how the last version of Dextra works. Below, there is a video (in Spanish) I prepared to show the main features of Dextra during the Maker Faire.