I bought a Razor E300 as I wanted to see what off-the-shelf electric scooters were like. They're alright, but they're let down by lead acid batteries. You get a scooter that's heavy and slow. I wanted speed! I decided to switch to lithium power using only what I had on me - and I had a lot of fun in the process! 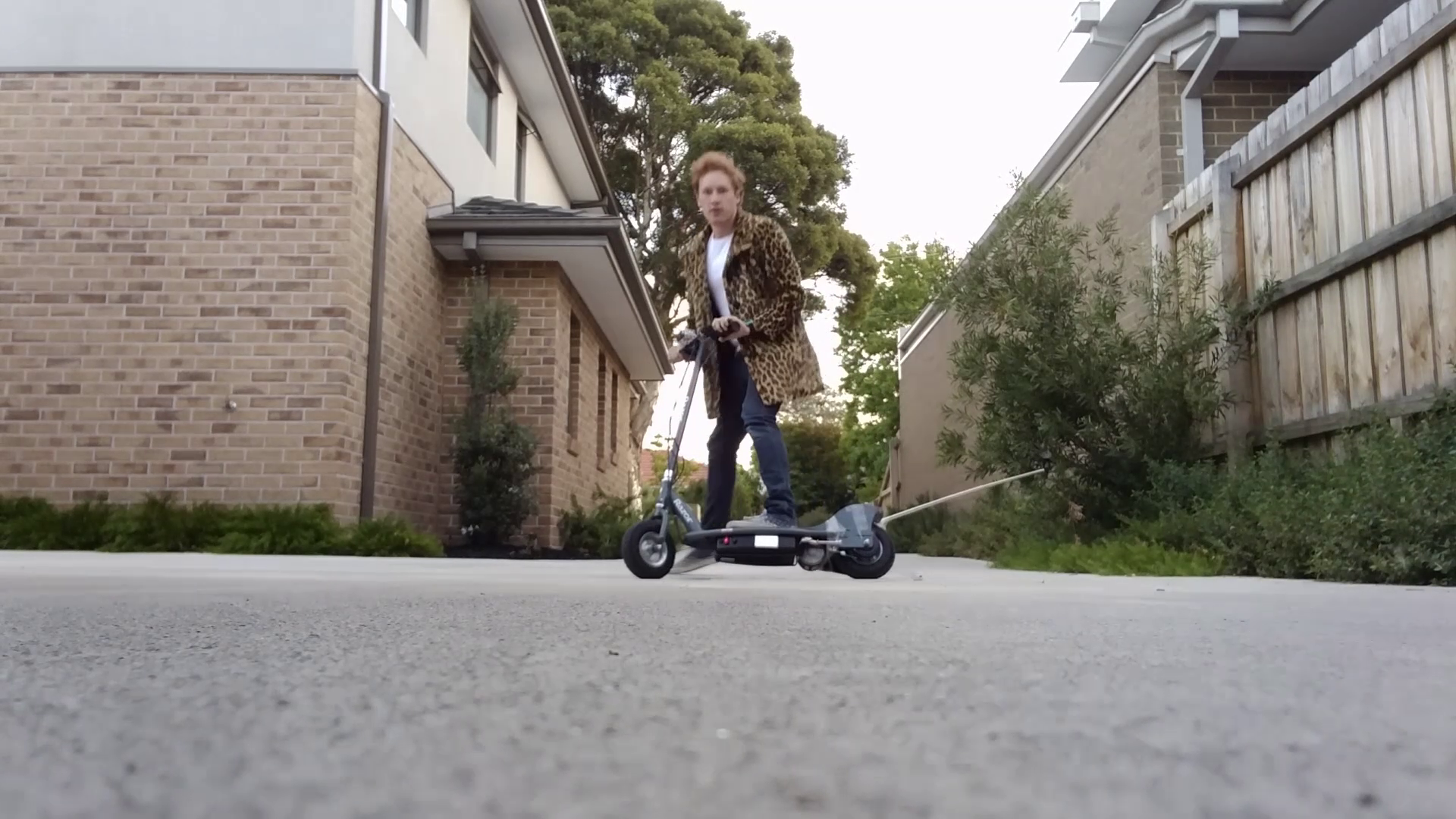 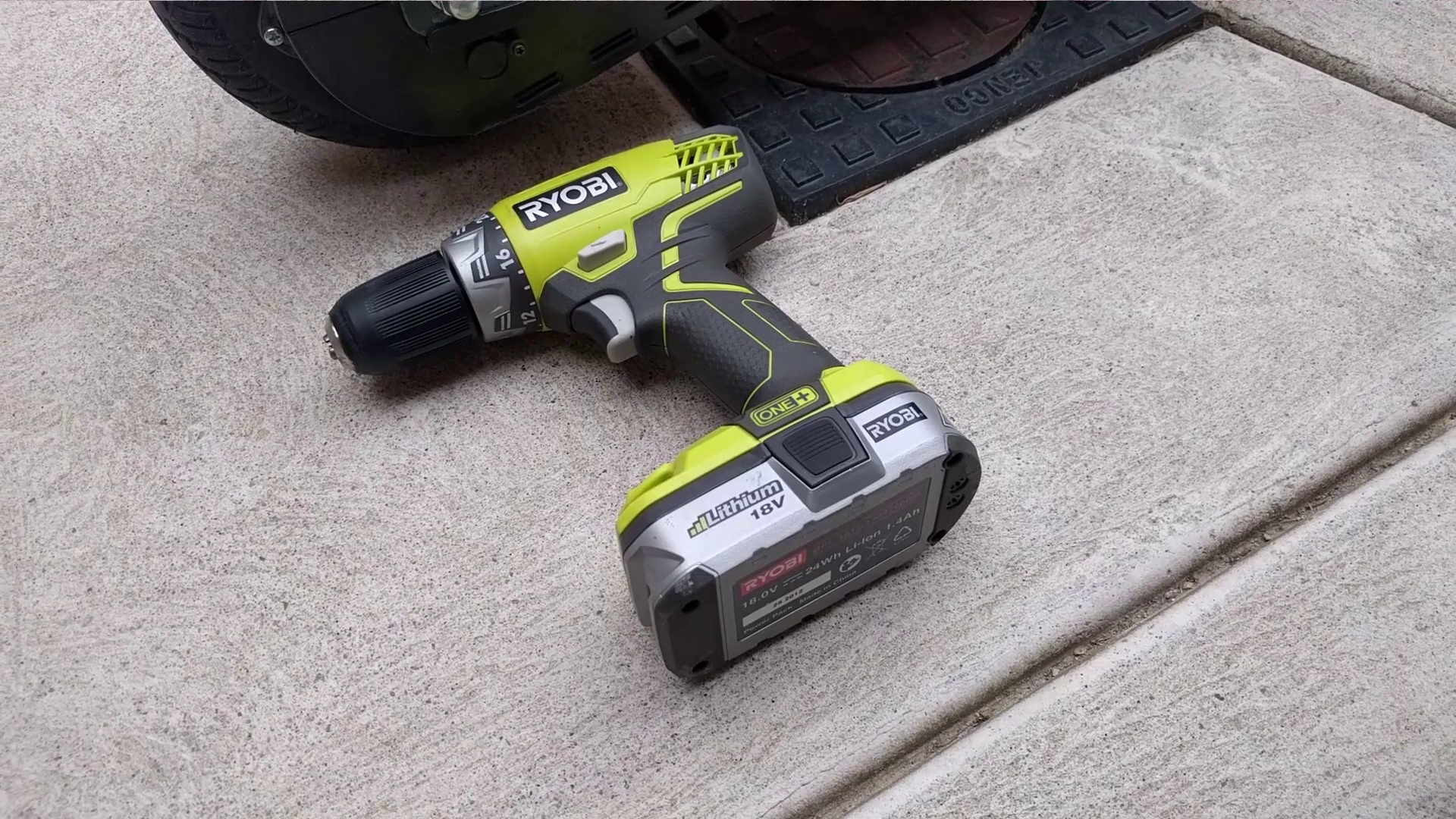 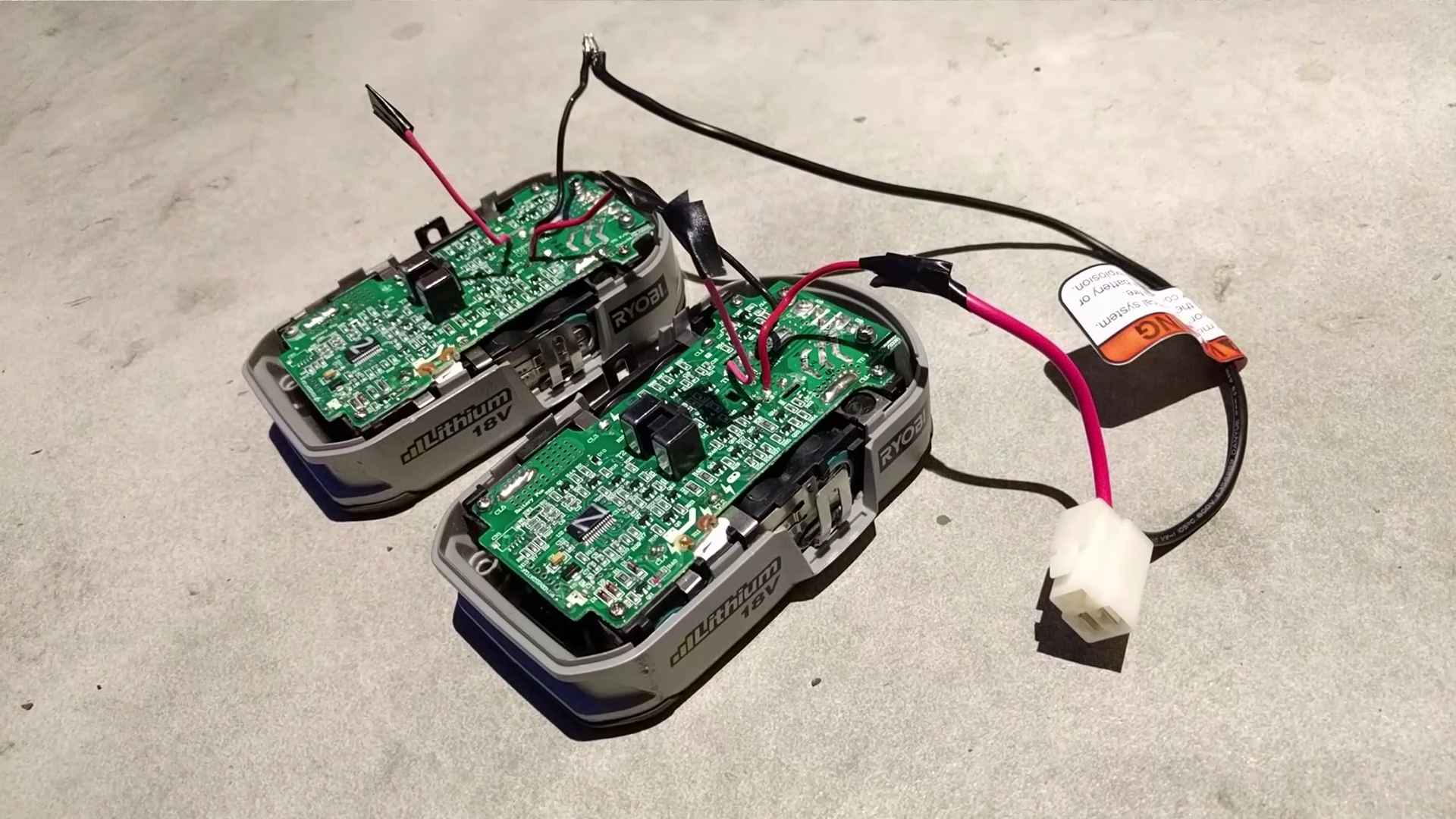 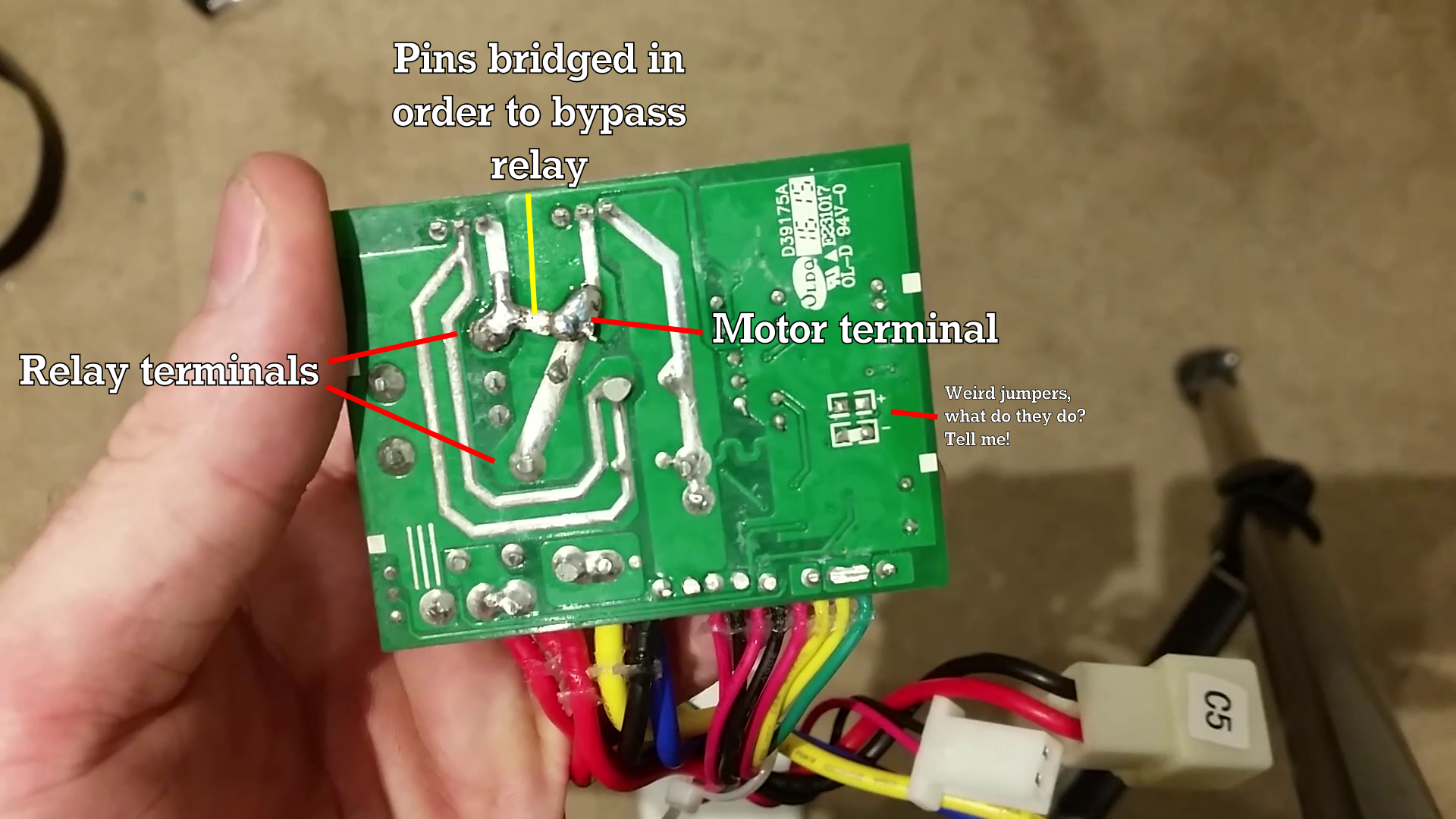 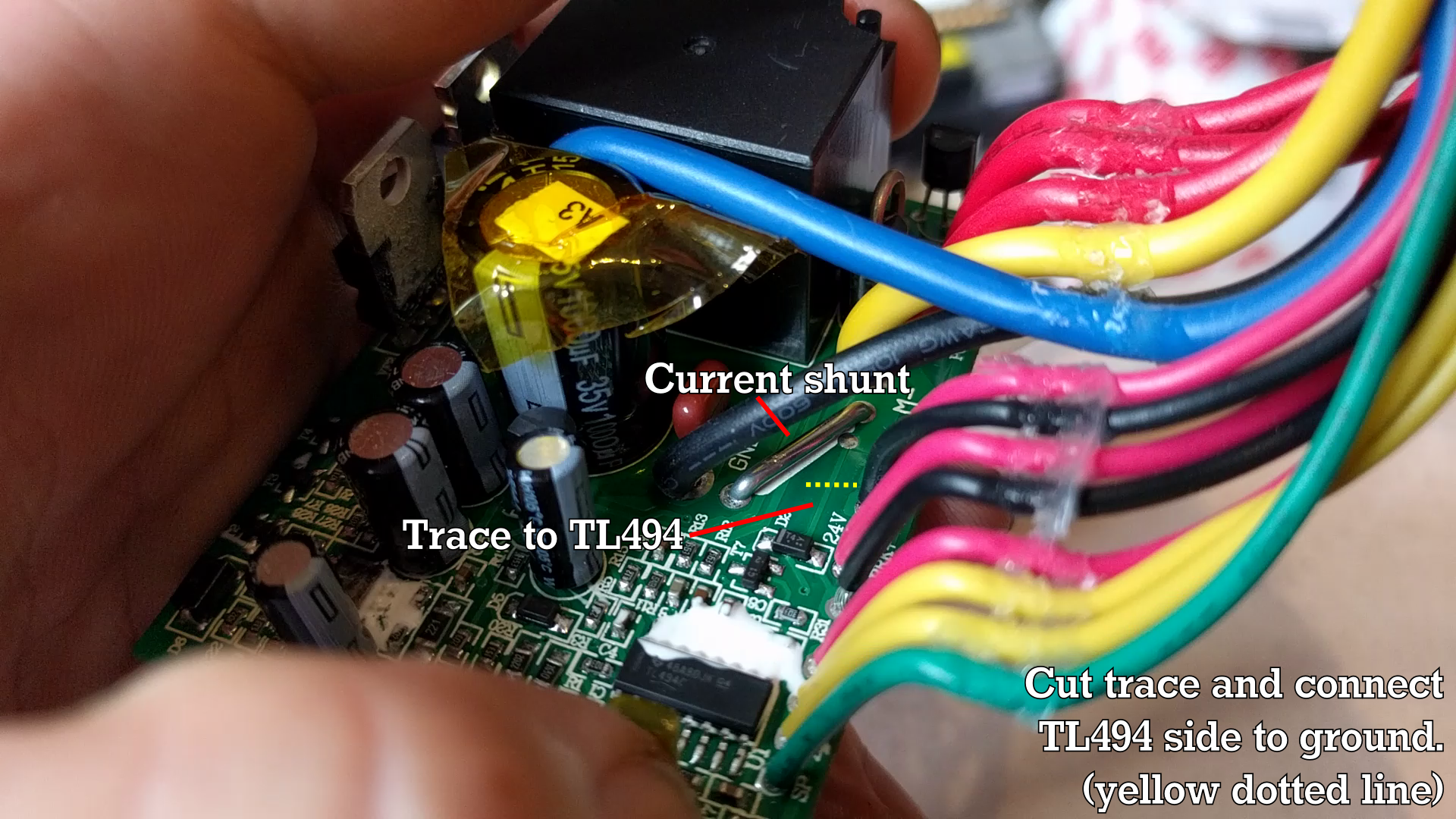 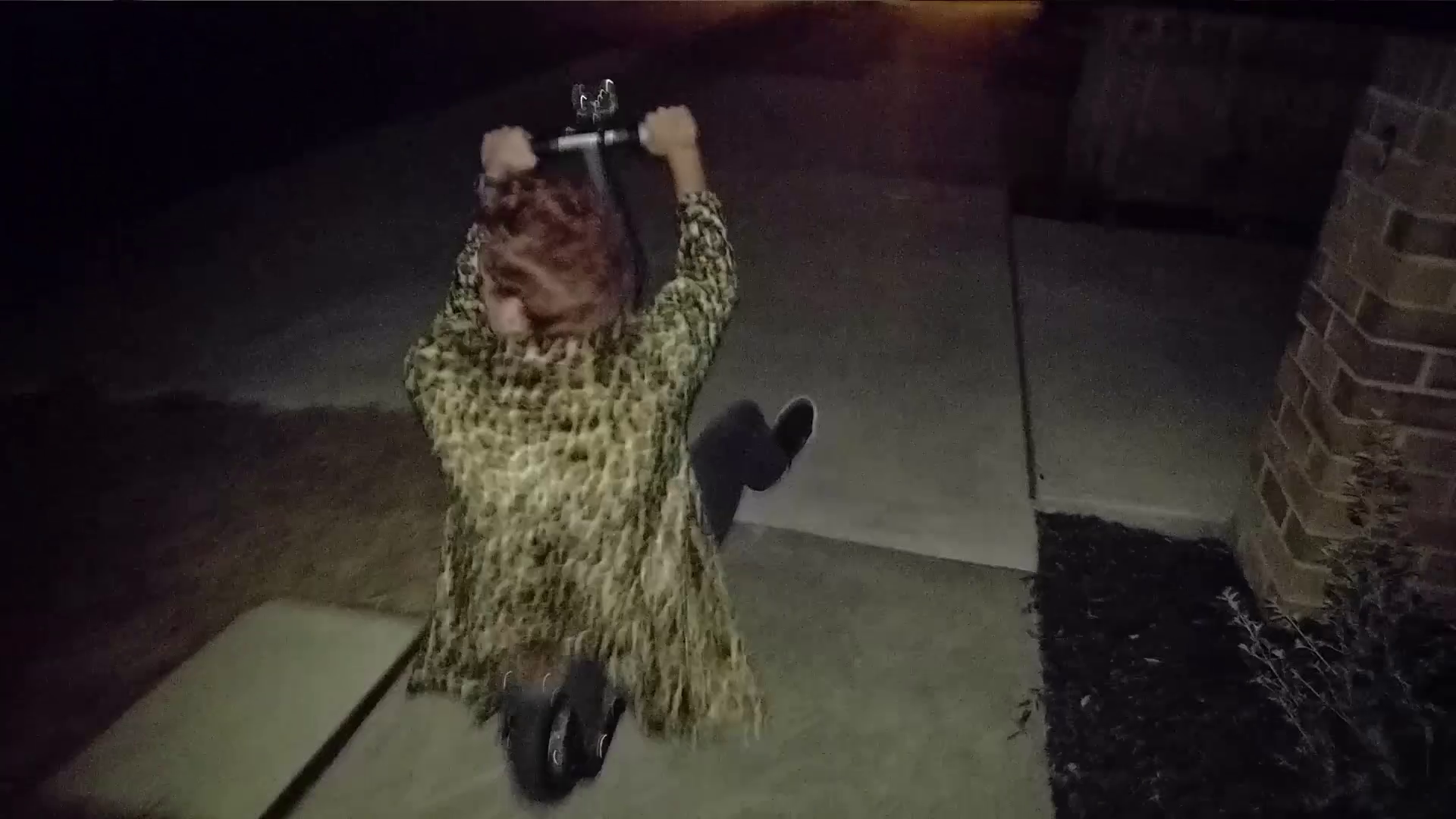 hey man. Can I chat with you about a separate project???

It’s similar but it has a Bluetooth circuit board for the on off switch. And it has the eprime hub motor. And the eco smart battery. It’s crazy. I need to bypass so much though. I need help!

Can I convert it into a simple kick scooter If parts are removed? How much will it weight then?

wow you did your scooter so well , and can I say it was a cool watching you. Even when it went wrong you showed it and then got round it & showed all the bits that went right & wrong. Like me I love wiring and putting thing together.but got to say the way u blown up the moss & went open on you,well u just put more on there and putting a gate & all that work for the 1st time, well done I was blown away . Dam u r good I could not of done that. Quick Q I need to by pass my E200/300 controller I put 36v and it clicks . I see what u did . Now I no the 1st bit u did to it did that work . Or do I just do the other bit jump wire to ground . & it thst the black ground or the yellow ground . I am only going to 36v but with two motors . But I tryed to put a wire across the back of the board like some say to do . Making that bit of metal thicker but put 36v to it and it clicks . Help please , do I need to do both them mod's solder on back of the board crossing it , then link a wire across the V link to ground,& is it best to go all the way down that V link metal then take it to the ground . Sorry to ask to much . But I need help on this . Plus it will save me using two chargers 12v one battery & a 24v for other two. Please help if u can .

Love your work and keep up the vids .

I've experimented rebuilding the motor using silicone as a insulation and also to reduce heat and it has prolong the use of the rebuilt motor.

Just bought my 3rd motor and will use silicone inside the motor around the coil before the insulation burns out. Will keep you kids updated.

Btw, i would like to see TK take e-shopping cart from Walmart, Costco or Safeway and mod the f$&k out of it...

Interesting hacks you're doing there! Thought about drilling cooling holes in the motor? Could be dodgy though, you don't want to put a drill bit through your coils.

Hahah, it'd be fun to muck around with one of those carts. Never seen one out here in Australia.

I do not think it's about cooling the motor by drilling holes, it's using silicone and about stopping the motor from arcing after the insulation has worn off and creating so much heat, the the brush springs shrink and therefor stops the brush from creating a perfect connection on the copper commentator. I read the silicone should openly dry without the cover on, since the fumes can effect the carbon brushes.

Thanks dude! more to come ;D

Hi, I bought one of these used for cheap to do a Lithium mod as well. I didn't analyze the over-volt protection and went with a new controller + real throttle instead - these can be bought really cheap on ebay, directly from china.

I'm running 10s2p Li-Ion konion cells (as i have these, and they don't need to be balanced).

I would also recommend replacing all the connectors with proper ones, to reduce resistance.

Love the project. I have an E200 moded for 7s 25c 5Ah LiPo power.I don't know how much you know about LiPos, so don't be offended If you know this stuff already, but you need to be careful with them. A balance/charger is a must, or at least a cell balance meter. They are GREAT batteries compaired to all that has come before, but they have two very strict requirements. They can't be over charged, and they can't be under discharged. Protect your investment with a good charger. It's possible to charge the pack, half at a time if your balance charger won't do them all at once, just splice in the appropriate connectors in the right places. The Zippy Compact 7s comes with two balancing plugs. one for 3 and one for 4 cells. I spliced into those and just didn't charge over 2~3 amps. It was still quicker than the LeadAcid was, just more work. Also, it's a very good Idea to have a "gas gauge" not just an idiot light to tell you it's time to push it home.

I hope that some of this was helpful. Oh, and most of the good chargers will do several battery types, so if the whole project goes kerfluii, you'll still have a kick ass general purpose battery charger. Cheers!

Love your project just watched the video and thought it was great!! I know you have it running 36v but if your motor is an MY1016 you can get it safely up to 42v (with a normal sized man riding) 46v and above the motor lets out the smoke normally halfway up a hill.

Thanks dude! Interesting, I will see if the motor has any identifying markings...

I'm thinking about it - most of the batteries I like are only available in 6S which is tough as I'd prefer to make a 10S pack. If I'm going to that level, I'm worried this thing will fail.

Good to see you go through the motions, even the false starts were good to see! Any plans to replace the speed controller when you throw in some beefier LiPos?

With a pile of BLDC controllers lying around, and none that do exactly what I want: better to re-use the parts than start over from scratch!
Project Owner Contributor