After the remarkably successful test with the Ryobi drill batteries, I was ready to upgrade to a proper lithium pack. I specced a couple of 5 cell, 8 Ah badboys from Hobbyking, with which I'd build a 10S pack. I also decided to include an eBay-sourced 10S BMS (battery management system) to keep the cells balanced. 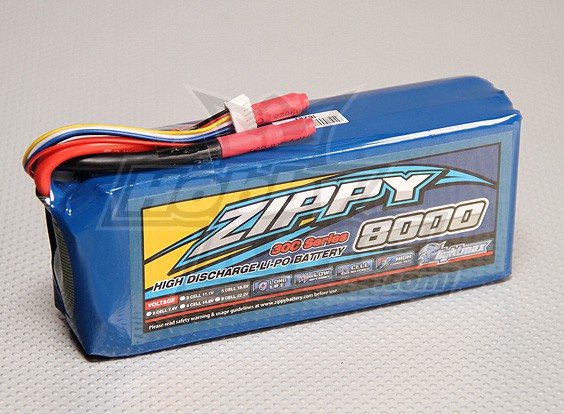 I decided I'd use a pool noodle as a source of cheap foam to mount the batteries safely and snuggly in the scooter frame. This worked great and it's hard to lose for $3. 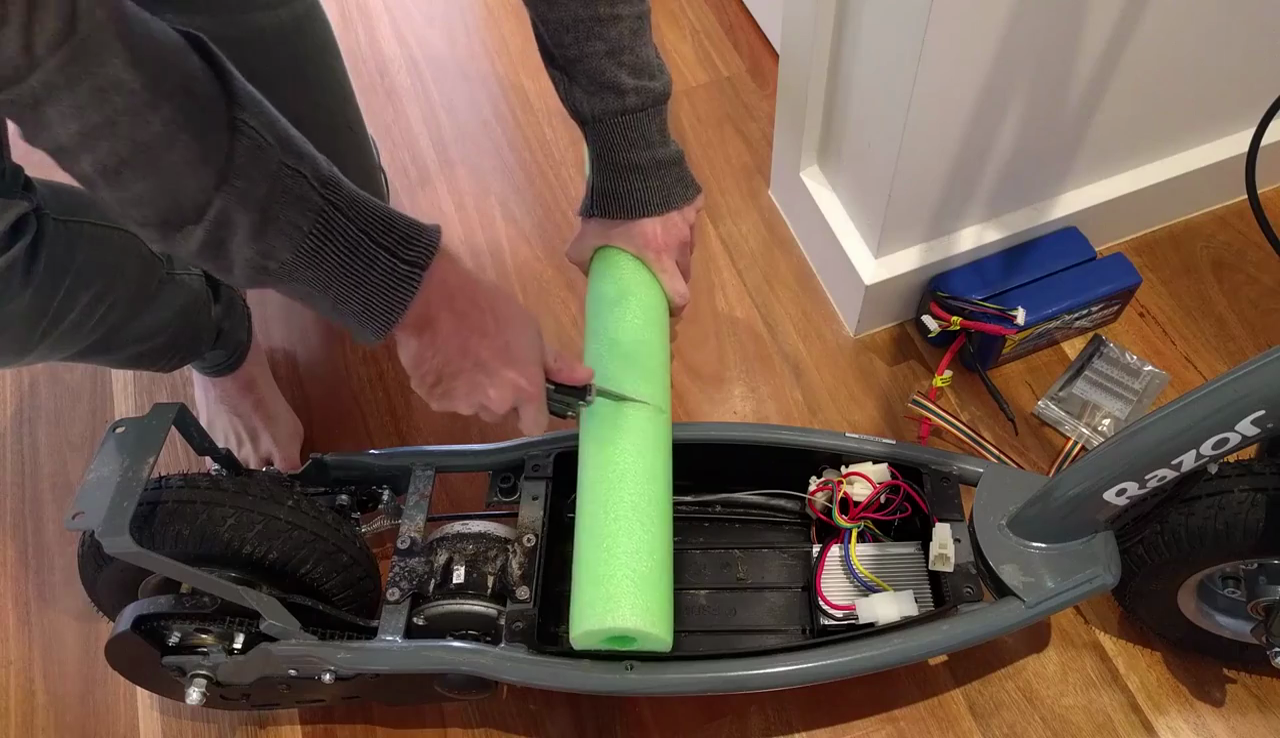 Cutting the foam to size was remarkably easy - a sharp knife is all you need to carve away. 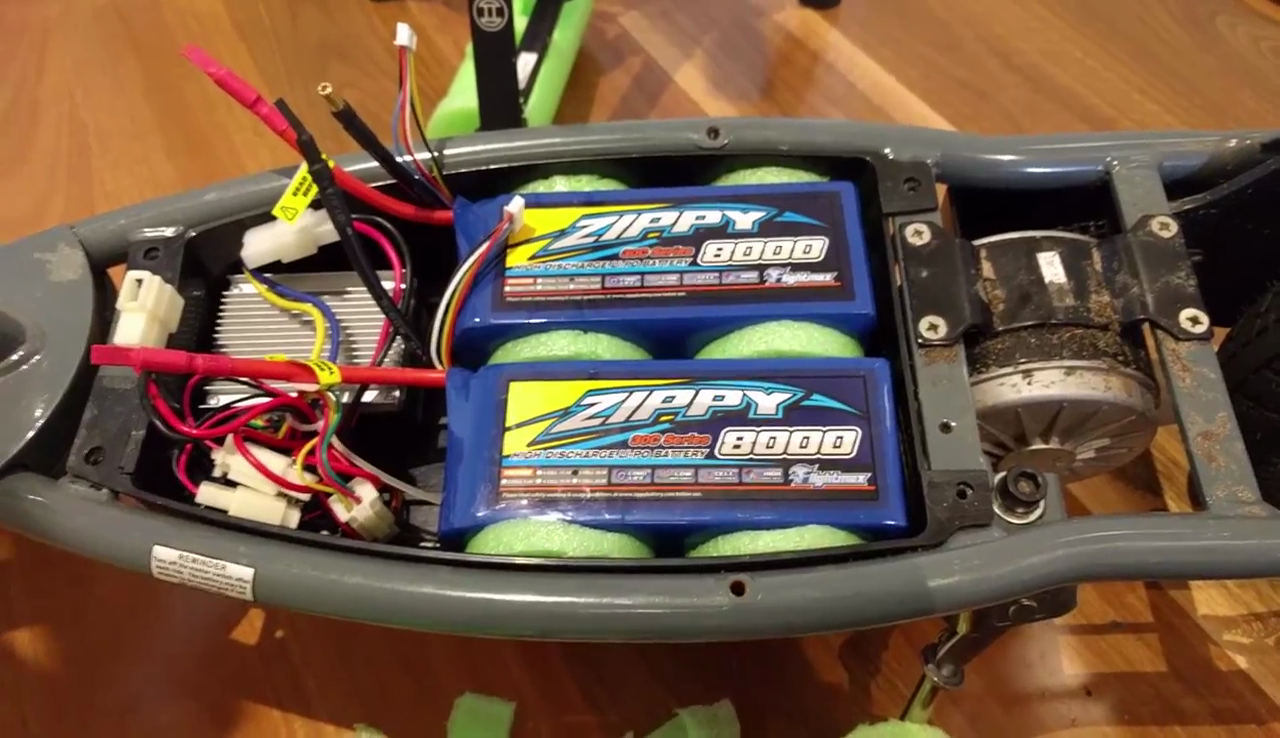 I was stoked with how neat this turned out. The batteries are held in place really well - highly recommended! Next up it was time to do the wiring for the BMS. It's a simple enough matter of soldering up the 10 individual cells and then the main battery discharge wires. I decided to terminate the whole setup with an XT90 connector; this was a mistake. Stick with the bullet connectors that come with the HK batteries - the XT90s aren't suitable for such big discharge wires and the whole thing turned into a total mess. 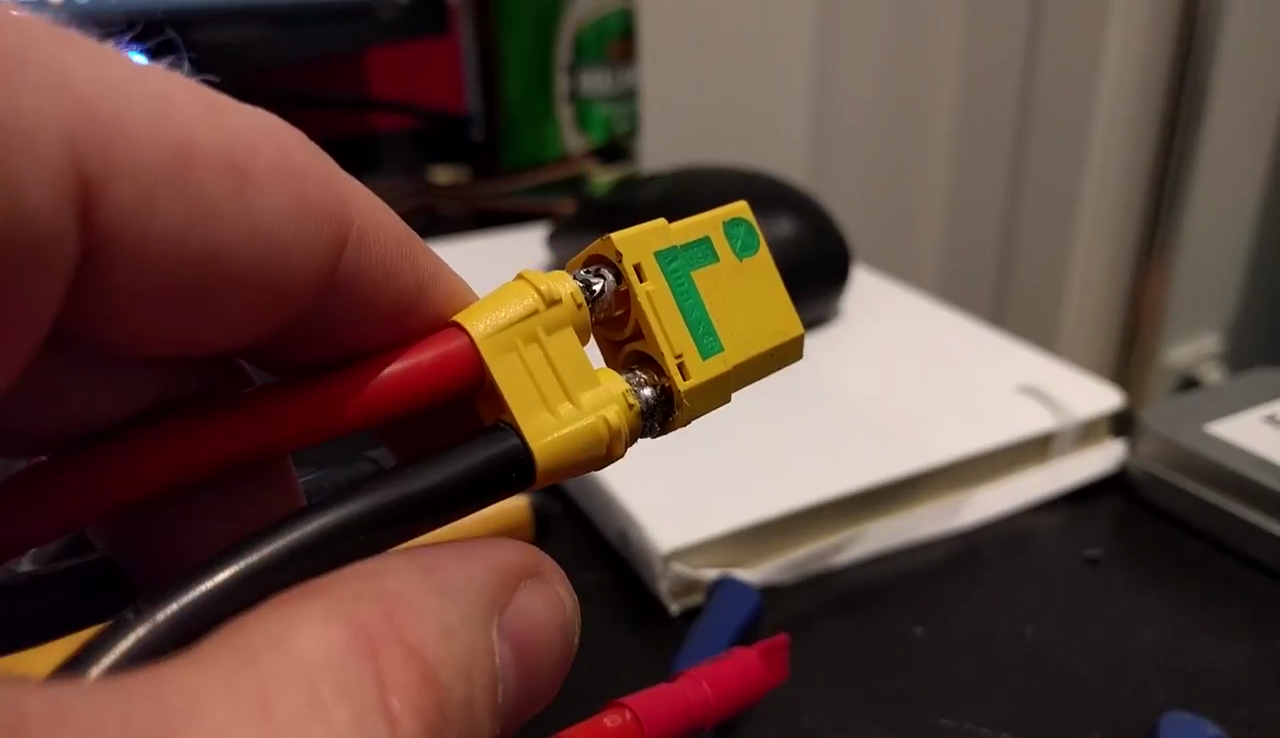 I also had to spec a 42V lithium battery charger from eBay; this one is sold for charging ebikes. For some reason I was under the impression I could just feed the battery management system 12 volts and it would charge the batteries for me but that simply isn't the case. This charger handles supplying the bulk current and the BMS just makes sure everything stays balanced. 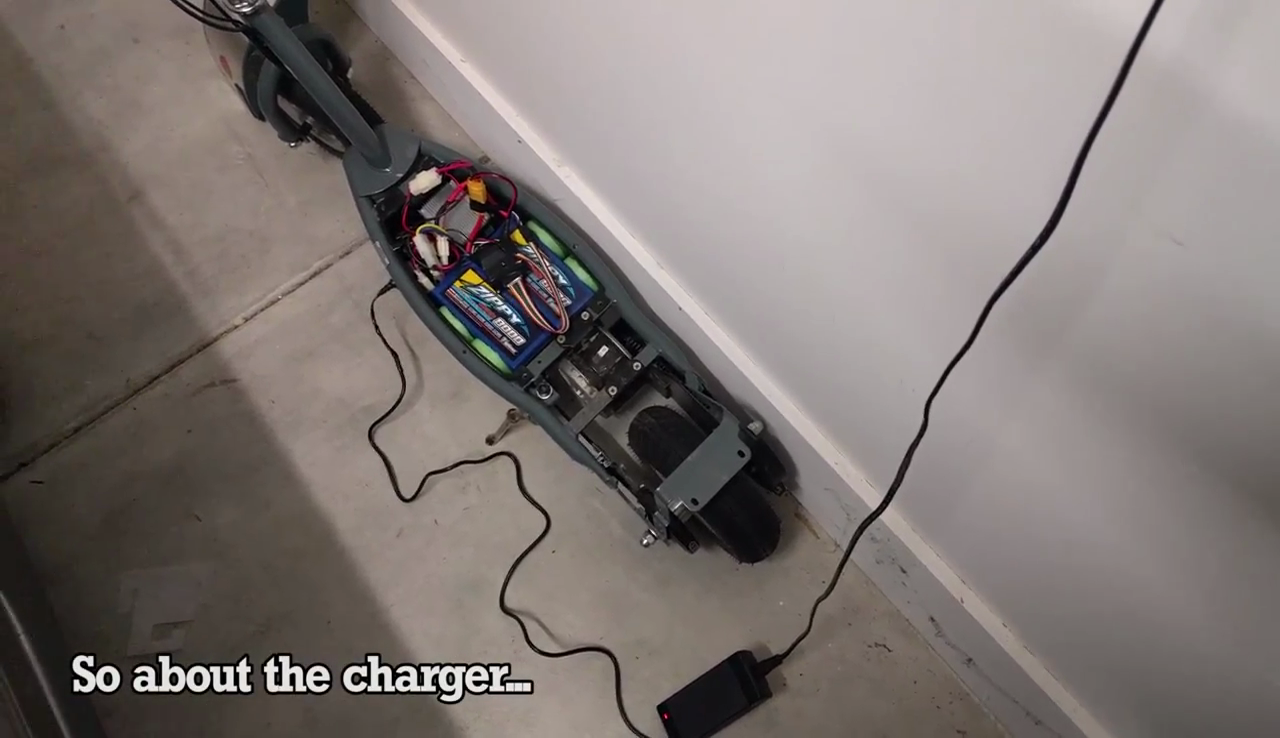 With everything wired up, I went for a test run. I jumped on the scooter and pulled the throttle but nothing happened! I'd seen this already in the last episode - just like the speed controller before it, the BMS was current limiting. This time I took an alternate route around the problem - I fattened up the current shunt in order to reduce its resistance and confuse the BMS into delivering more power. 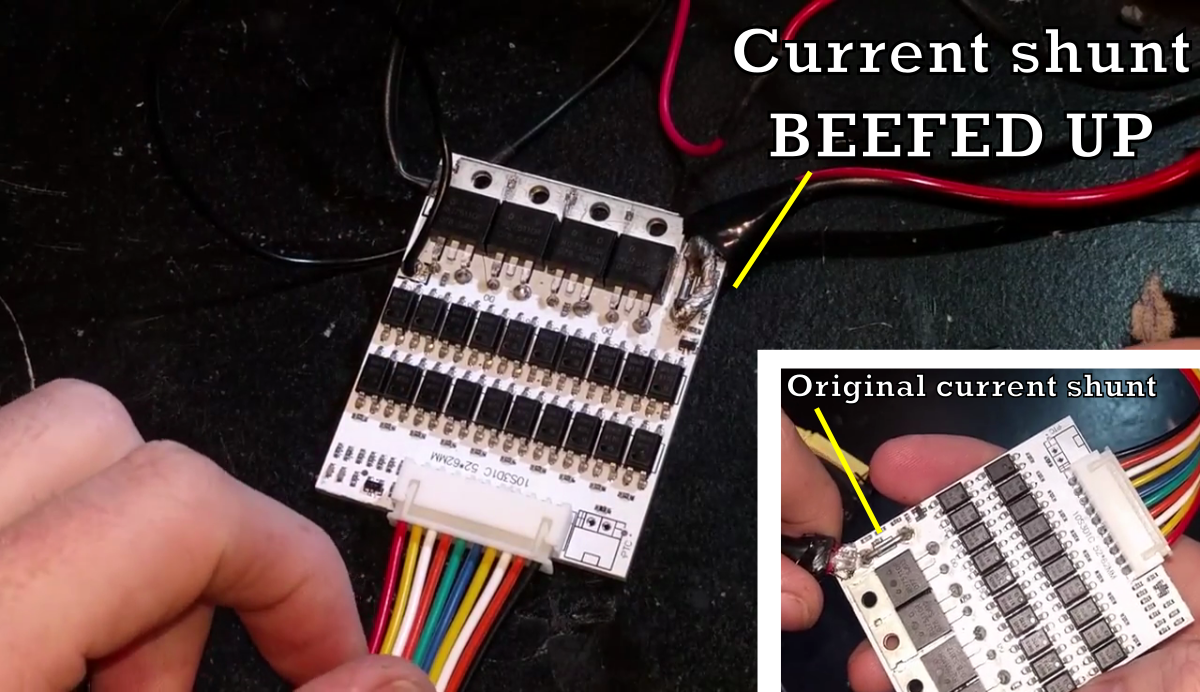 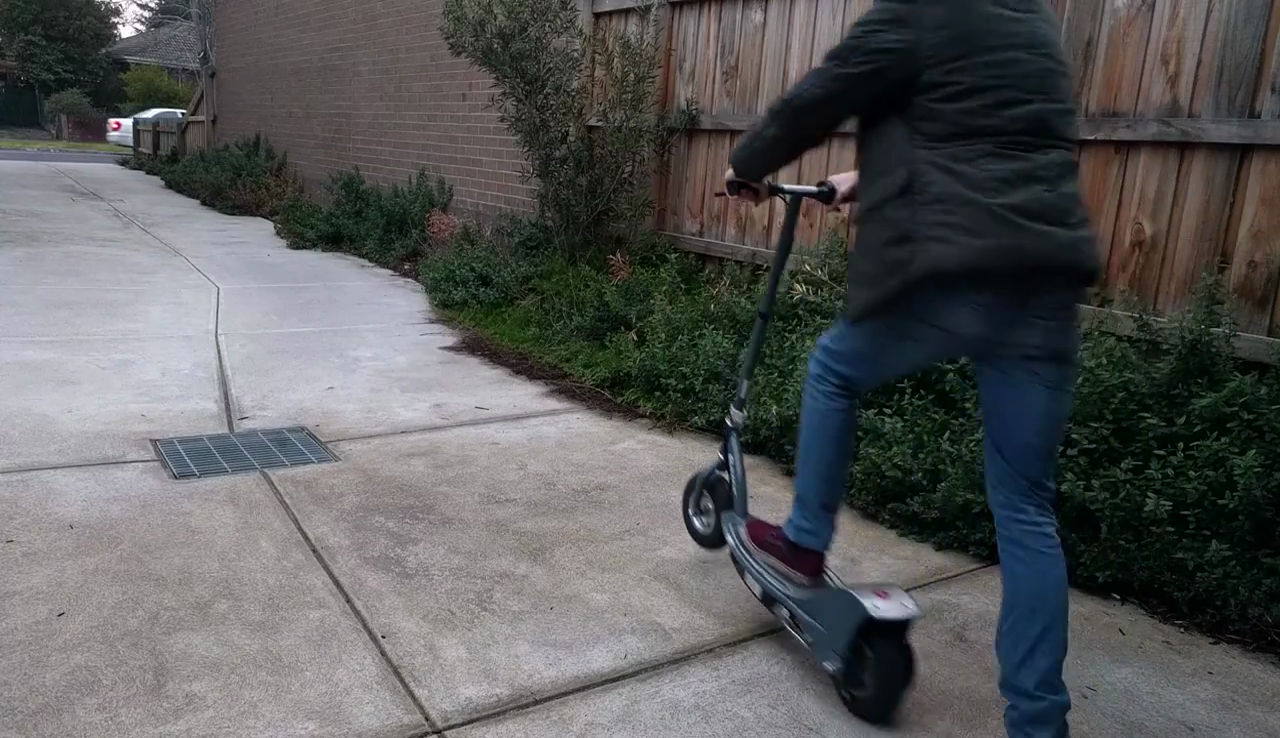 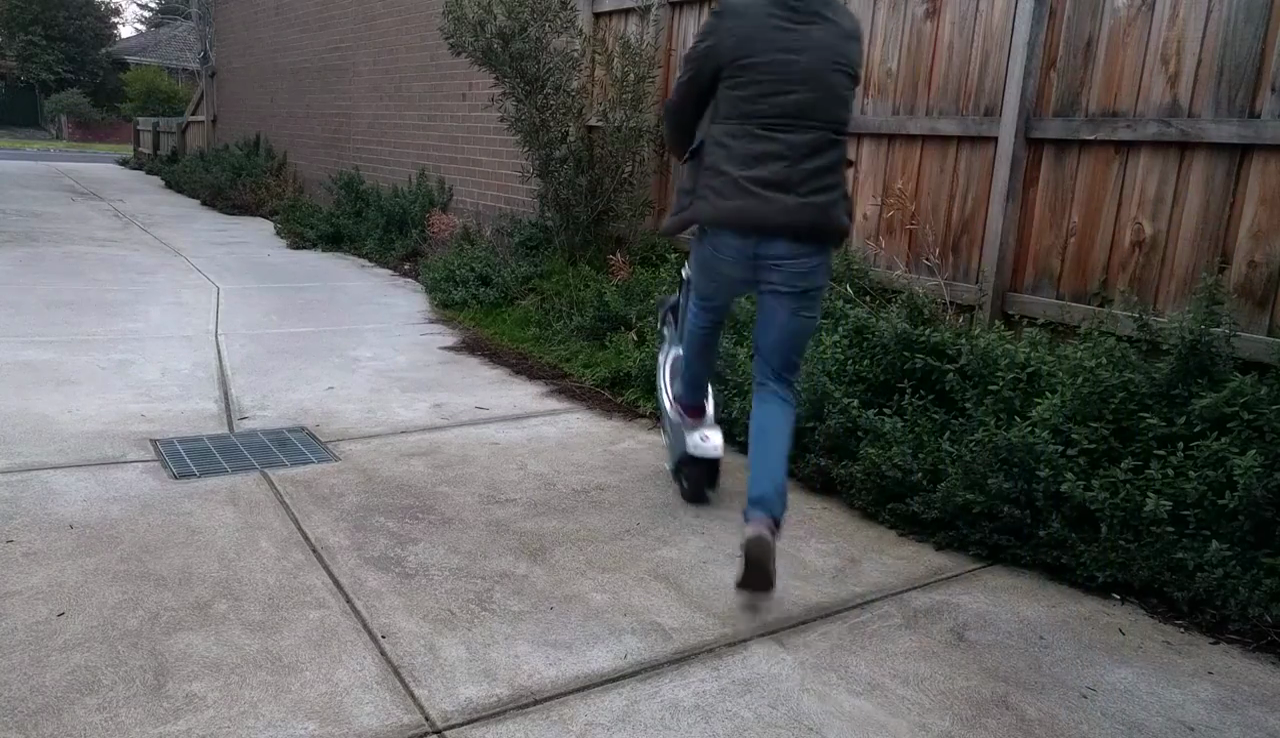 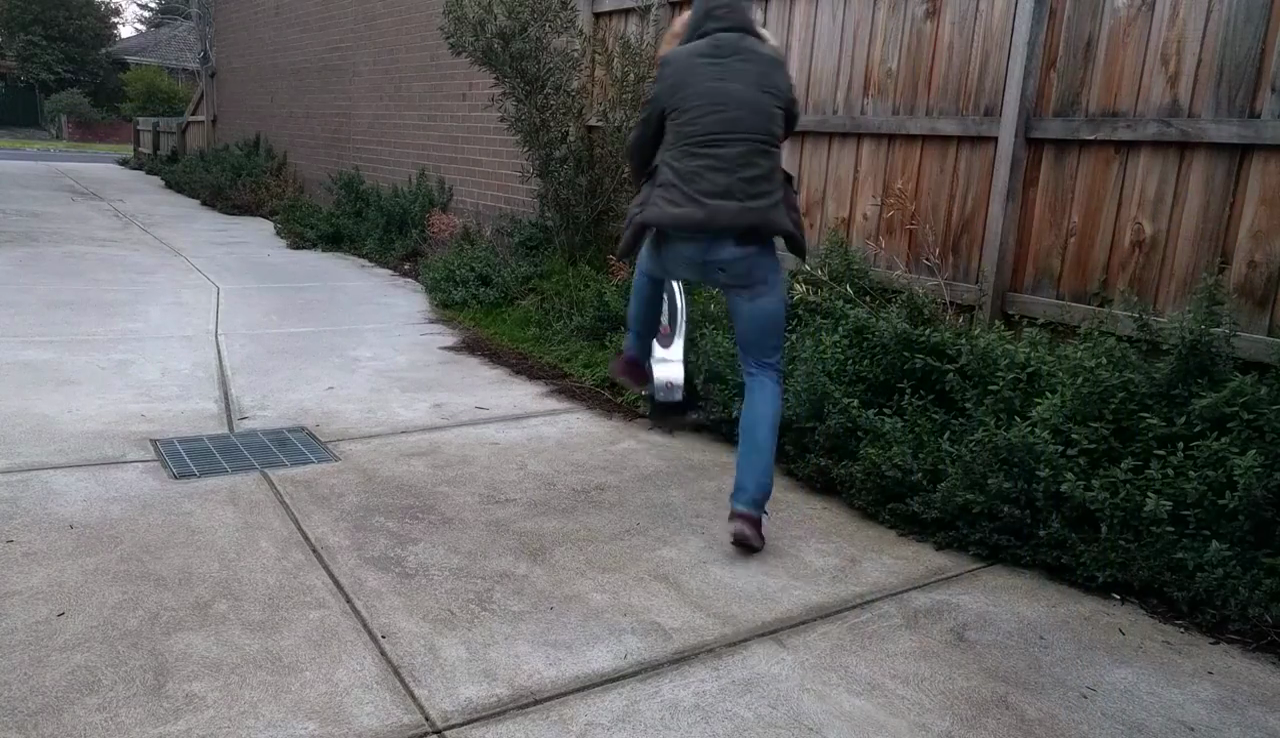 ...not well! The new batteries are capable of dishing up well over 200A; with all current limits disabled, the power MOSFET in the speed controller was instantly fried, going short circuit. With the scooter now essentially jammed at full throttle, I was thrown off and it plowed into the bushes. 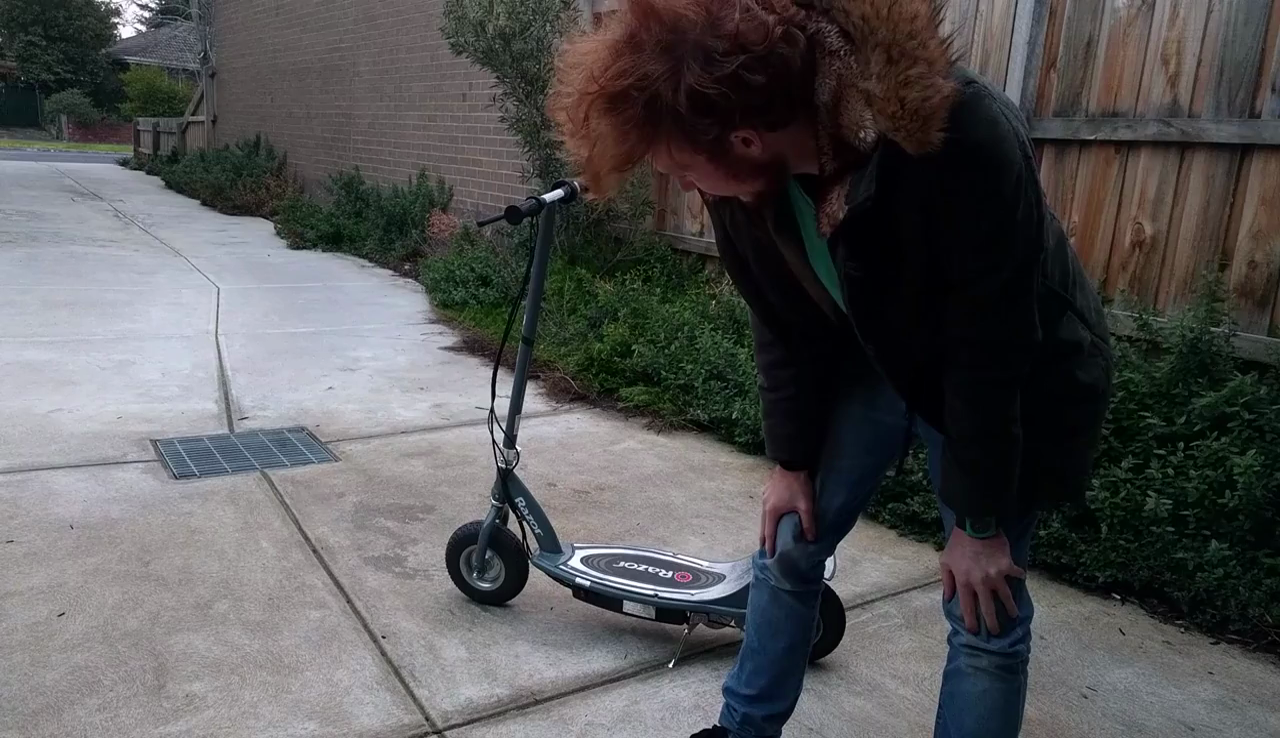 After managing to switch the thing off and doing an autopsy on the speed controller, I confirmed that it was indeed the power MOSFET that had blown. A shame but not entirely unexpected, I suppose. So what to do next? Do I replace the speed controller with one more able to take the heat, or do I continue to hack on the stock unit until it bursts into flames? Keep an eye out... this isn't over yet!

Are you a Hacker or a consumer (Yick!)? Get the "Glow in the dark" FET and hack away.

If it does flame out, I want video footage of you and the scooter flying over Ayers Rock. B-)

Unfortunately this is par for the course when you start pushing things past what they were originally designed for. Stick with it mate,  New Esc and you should be golden.