Gearing - The Key to Speed

After our last outing, we knew we had the power, but we lacked the raw speed. What to do? Gear it, obviously! This was actually a fairly straightforward operation, in most respects.

Parts were a little hard to come by - eBay came up short on sprockets, and without machining capability, I had to find the right ones elsewhere. Thankfully Alibaba came up with the goods and saved the day. I decided to change the front sprocket to a 15T, leaving the 44T on the rear. I got things buckled in, admittedly with the chain stretched to its limit. The first runs were not quite up to scratch - only 34 km/h. An improvement, but not enough. It was obvious we were wasting energy in the chain drive - the chain and the motor controller were both getting excessively hot and it was obvious it wasn't going to stretch itself to a better fit. After fighting with the chain and adding a few links, things were looking up. I measured the scooter's rear wheel diameter, and then sat the scooter up on bricks and ran the motor. Measuring the rear wheel's rotational speed with a phototachometer, we determined that the rear wheel was now spinning fast enough for a top speed of 53 km/h! Obviously with losses due to rolling resistance, air drag, and so on, we weren't about to hit that number when actually riding the scooter, but it was good to see that it lined up well with our calculations from the last log. 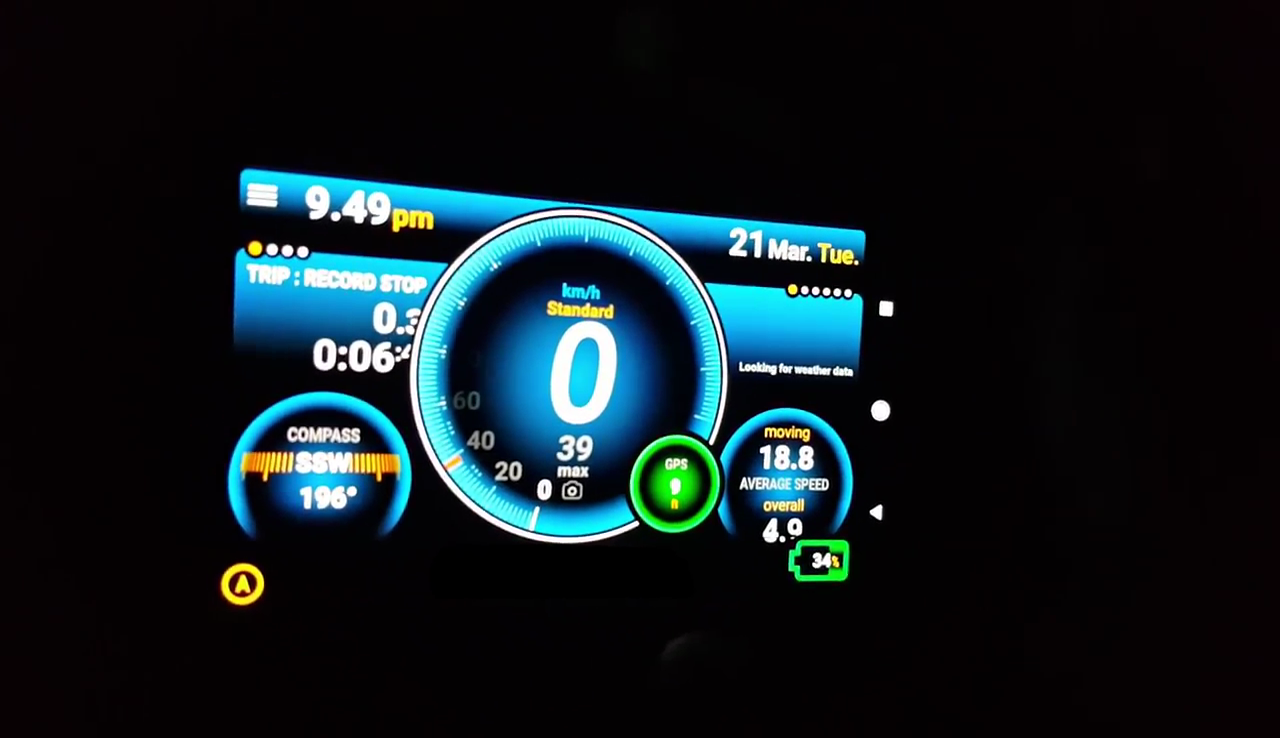 I took the scooter out to a nice long straight, and reached a top speed of 39 km/h, and I can confirm that yes, this feels positively AWESOME. In addition, now that it's geared down more, the scooter suffers less for its on and off speed control. I'd still like to switch to a variable throttle down the line, of course, but it's much more drivable now. Oh, and if you were wondering, with a little WD40 to help? Yes - it'll do burnouts. 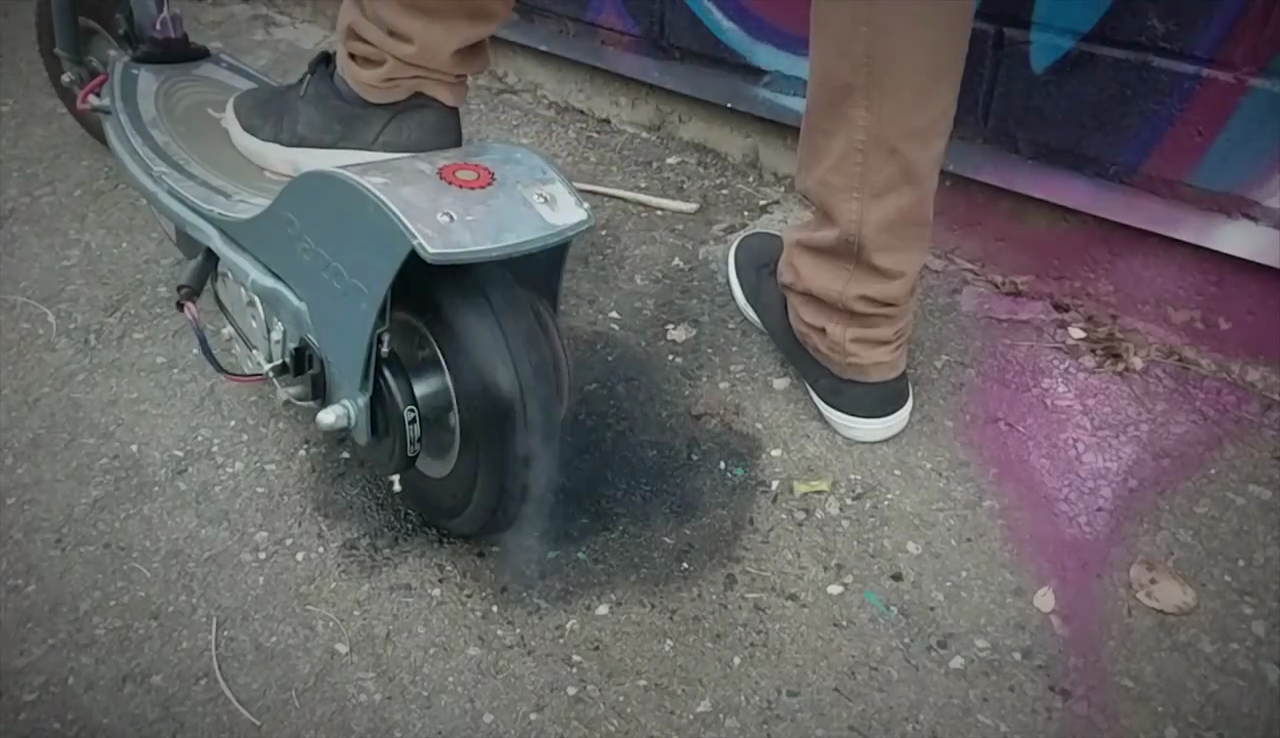 I'm really digging the scooter now that it's properly quick, and I'm looking forward to flying around the neighbourhood carrying an entirely appropriate amount of speed. It's now got me excited for the next scooter build...