Decluttering and modernising my Intranet of Junk, er, Things 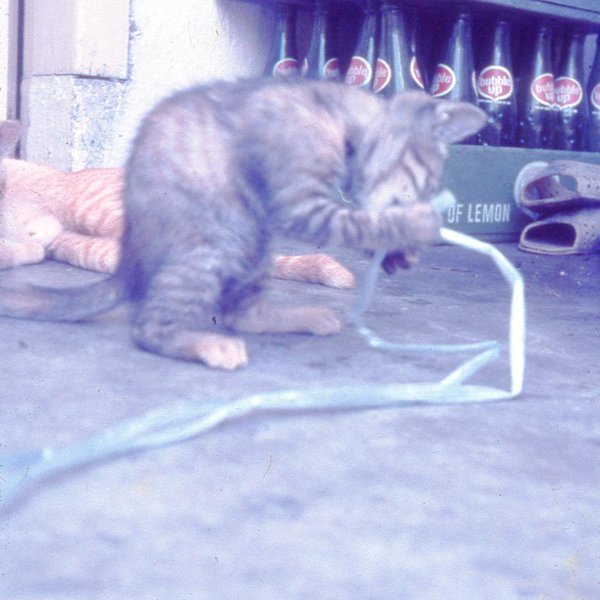 I'd like to share some of the hacks I've done. I also have a list of things I want to learn: https://hackaday.io/page/5887 At the moment my projects are fairly^wtotally useless ¯\_(ツ)_/¯ because my needs are simple and I'm accumulating knowledge and skills for that big project, whatever it turns out to be. Hacking is like knitting, a way to please myself and relax.

2.1k 4 13 18
A rethink of the number of segments required to display a digit
Project Owner Contributor

7.1k 5 3 7
Free computer if I can get it working
Project Owner Contributor

1.5k 2 0 1
A straightforward project to use an old Raspberry Pi
Project Owner Contributor

3.1k 31 12 29
A journey to explore and better understand the Multitech Microprofessor machines in my retro computer collection
Project Owner Contributor

2.1k 14 7 19
I will present my early homemade computers around 1980 that was the starting point for the computer project I have already introduced.
Project Owner Contributor

Prehistory of my homemade PERSEUS computers

1.5k 13 1 19
A cobbled together desk toy that responds to tapping
Project Owner Contributor

1.5k 13 13 14
I2C Master & Slave SDA lines connect together, so monitoring them individually with a scope or data analyser has been impossible, UNTIL NOW
Project Owner Contributor

Bit-serial CPU based on crossbar switch

305 4 1 3
A journey to discover what it's like to build your own processor.
Project Owner Contributor

302 1 0 2
To facilitate debugging at a low hardware level I made this adapter that turns a STM32F407ZGT6 development board into a Z80 ICE.
Project Owner Contributor

Thank you for liking and following my #Prehistory of my homemade PERSEUS computers !

Thank you for following my Sol-20 Reproduction project Ken.

Hi Ken, thanks for the like for my TD4.

As far as a CPU it is pretty useless but it makes a great demo because of the flashing LEDs.

This seems to be a Japanese trait. When I was in Japan even the vending machines had animations. The TD4 book is half electronics and half anime imagery.

I am looking a more powerful 4 bit CPU in the same style as the TD4 (but for the prototype, using an IC PROM rather than a diode PROM). Only pencil drawings on graph paper at the moment.

A CPU with 11 TTL packages is interesting because I probably have all the parts needed but pity it doesn't do much more than flash LEDs. Looking forward to seeing your design.

Also an ALU (say an 181) could be connected to the A and B registers as inputs and the output directed to the "Zero Port". That is, replace "Move A,Z+Imm" with "Move A,ALU+Imm" etc. The Page register could be used as a function register for the ALU. The ALU would need to output Zero upon reset and to return to Zero under program control. Such is the problem with 4 bits is that you need more OpCode space.

Finally you could replace the original adder with an ALU and control the function with the Page register. You would need to be careful to be able to recover the CPU from a lock state. It was at this point I decided to build a new 4 Bit CPU from scratch.

Hi Ken,
I completely forgot, I have a redesigned TD4B version of the board (based on the one shown in my project posts: https://cdn.hackaday.io/images/5564921527557781106.png) but without the RAM and tidied up. It has not been tested (one day I will assemble it) but it should work. PM me if you want one.
AlanX

I'll think start small, with a zero bit CPU, just like I started learning juggling with zero balls. TBH I haven't progressed beyond that point. 🤣

Thank you for your comment to my #PERSEUS-8 homemade 6502 computer !

Thank you for liking my #Homemade Operational Amplifier and your comment !

Hi Ken, thanks for liking the #Forklift Clock !

Hi Ken, thanks for the like!
You've got a couple of nice projects, and I like your motto. Tinkering with electronics can be meditation.

Hello Ken, thanks for liking and following my new project, the Kobold computer, https://hackaday.io/project/164897-kobold-retro-ttl-computer !

Yes, obviously like me you appreciated the cleverness of the PDP-11 instruction set where the PC being R7, load immediate becomes load indirect R7 with autoincrement.

Create your Hackaday.io profile like Ken Yap and many others