We've seen a lot of strange equipment here at Hackaday, but this one left us at a loss for words - at least for a few minutes. What the heck is this thing? Pressure vessel? RF chamber? Looking at this image and another one depicting a strange device in CERN's labs, we haven't the foggiest idea. We do know it's large, and these two CERN scientists are working hard to get it ready for... something. It also has fins. Fins make everything cooler. Beyond that - we're leaving this one in the capable hands of our caption team here on Hackaday.io.

We're sweetening the pot a bit this week. Up until now, our weekly prize has been a T-shirt. While clothing is important, we know that hackers love hacking tools, so this week's prize will be a Bus Pirate from The Hackaday store. We'll try to change it up each week with a different device from the store. 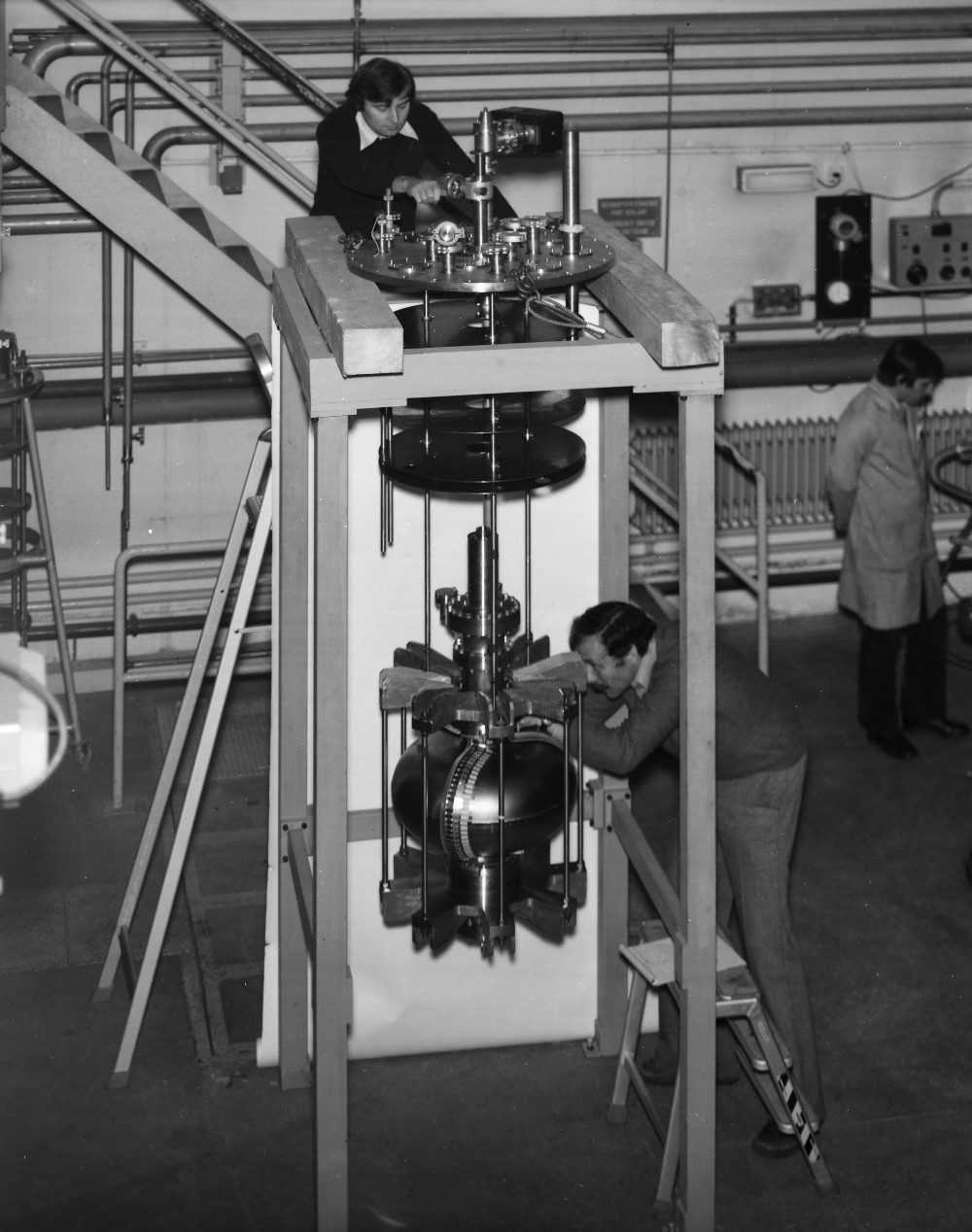 "We are definitely going to win the Margarita Contest at this year's Cinco de Mayo party."

Shit... I added my comment in the wrong place. It was

"Ah ha, to bring Star Trek back on the air, all we need to prove is its real, see here's Nomad. Err… version 1″

While 95% of Wonder Woman's new invisible helicopter was a great success, her scientists were struggling immensely with the problem of how to make the rotor hub and slew-plate assembly disappear.

It really is a beautiful ornament, but I think we are going to have a problem hanging it on the office Christmas tree.

Can I lick the beaters when you're done?

I can't understand a thing down here.

Damn it Athol, stop harping about protocol and hand me the duck tape.  This is nuclear physics, not rocket science!

If only Heron could see us now!

Tony, go ahead and load in the coffee grounds in.

'This Total Perspective Vortex is gonna blow your mind!', were the last words uttered by it's designer before he tried his invention and turned into jelly. The piece of cheesecake that is used for extrapolation is just outside the frame.

Actually, the other guy on the side ate the cheesecake. That's why it failed the way it did.

Here we see Jim putting the finishing touches on the nuclear powered pressure cooker he is building to give to his wife for Mother's Day. He is assisted by Carl (on ladder) and mocked by Fred (right, looking away with contempt).

The Mk1 Soda Stream (tm) not only made the drink all gassy, but also made it glow in the dark as well.

CERN engineers put the finishing touches on the Audrey III prototype. It will run on ethanol instead of blood this time.

The important thing is not that you came to work wearing no pants. The point is that our dream machine really can blur the line between dreams and reality.

For one last time  Charlie Bucket, the thing runs on "un-funny". We simply take the picture. The nerds and the caption contest do the rest.  Excelsior !

Bill: I just checked the periscope and have spotted an enemy warship on the horizon, give the command to launch torpedo number 1.
Mike: I'm tired of playing submarine with you Bill, just tighten that bolt and let's be done with the new espresso machine.