Week 16 just flew by, but not without sparking some cosmic comic genius in the minds of everyone who wrote a comment. Thanks to everyone who entered! If you followed the blog post, you already know that this image isn't an early POV display, or some sort of strange data display technique. It's actually a spark chamber. Spark chambers use high voltage and noble gases to create a visible trail of cosmic rays. Since this image is dated 1979, well after spark chambers were used for hard science, we're guessing it was part of a demonstration at CERN's labs.

After two weeks as a runner up, this week's winner is The Green Gentleman with the following quote: 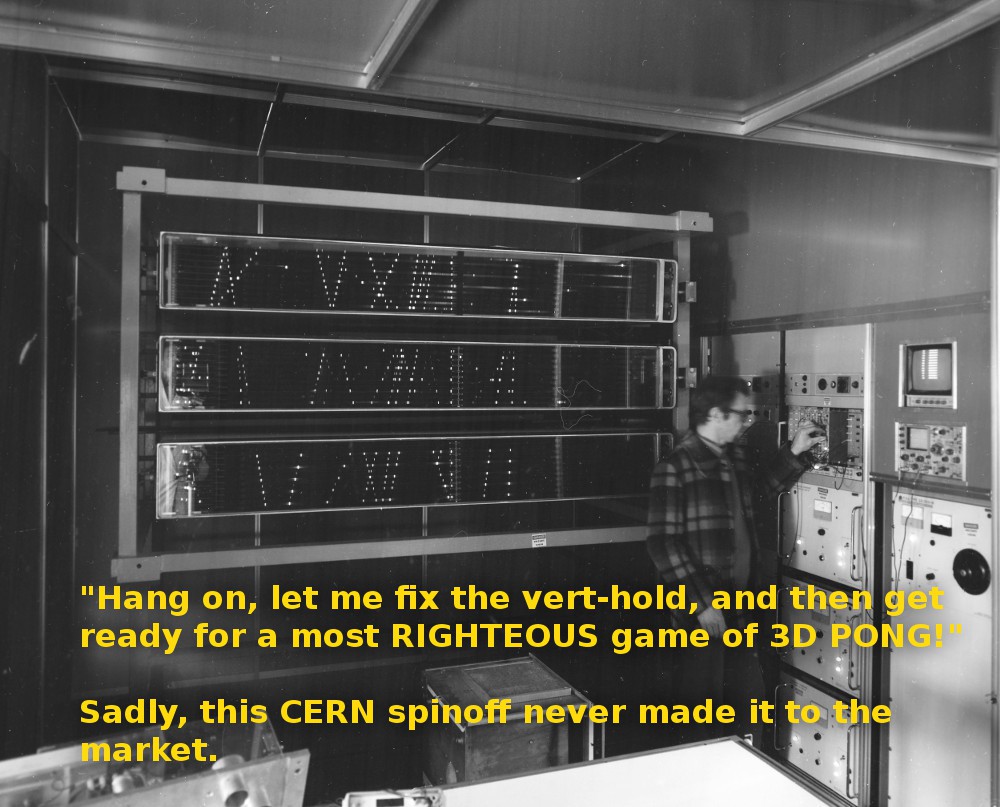