We'll be brainstorming and collaborating on solutions for a wireless positional sensor unit used for inspection. We need your talent!

Naveen Nair joins us in the Hack Chat to lead an engineering design brainstorm and collaboration.

Friday, July 7th at noon PDT, @naveen.nair will be hosting the Hack Chat.

In this chat, we'll be discussing position sensors! If you have ever used a computer mouse, you have used a position sensor. The Fuse group is attempting to couple a low cost wireless position sensor with hand-held ultrasonic testing inspection units to make inspections faster, more accurate, and safer.

The Fuse group is looking to do a deep dive discussion on this subject, so we invited them to brainstorm and collaborate with the Hackaday community.

Solving this problem will significantly improve the speed and efficiency of inspections, and most importantly will make the inspection and inspector safer. Coupling a position sensor with the inspection probe will enable an inspector to more accurately locate defects after inspection.

Naveen Nair is the Technology Leader at Fuse. He got his Bachelors and Masters in Mechanical Engineering with a focus on Nondestructive Testing from the Indian Institute of Technology Madras. He did his Ph.D. in Electrical and Computer Engineering from Michigan State University. His research interests and experience spans the fields of Nondestructive Evaluation, Signal Processing, Inverse Problems and Computational Electromagnetics. 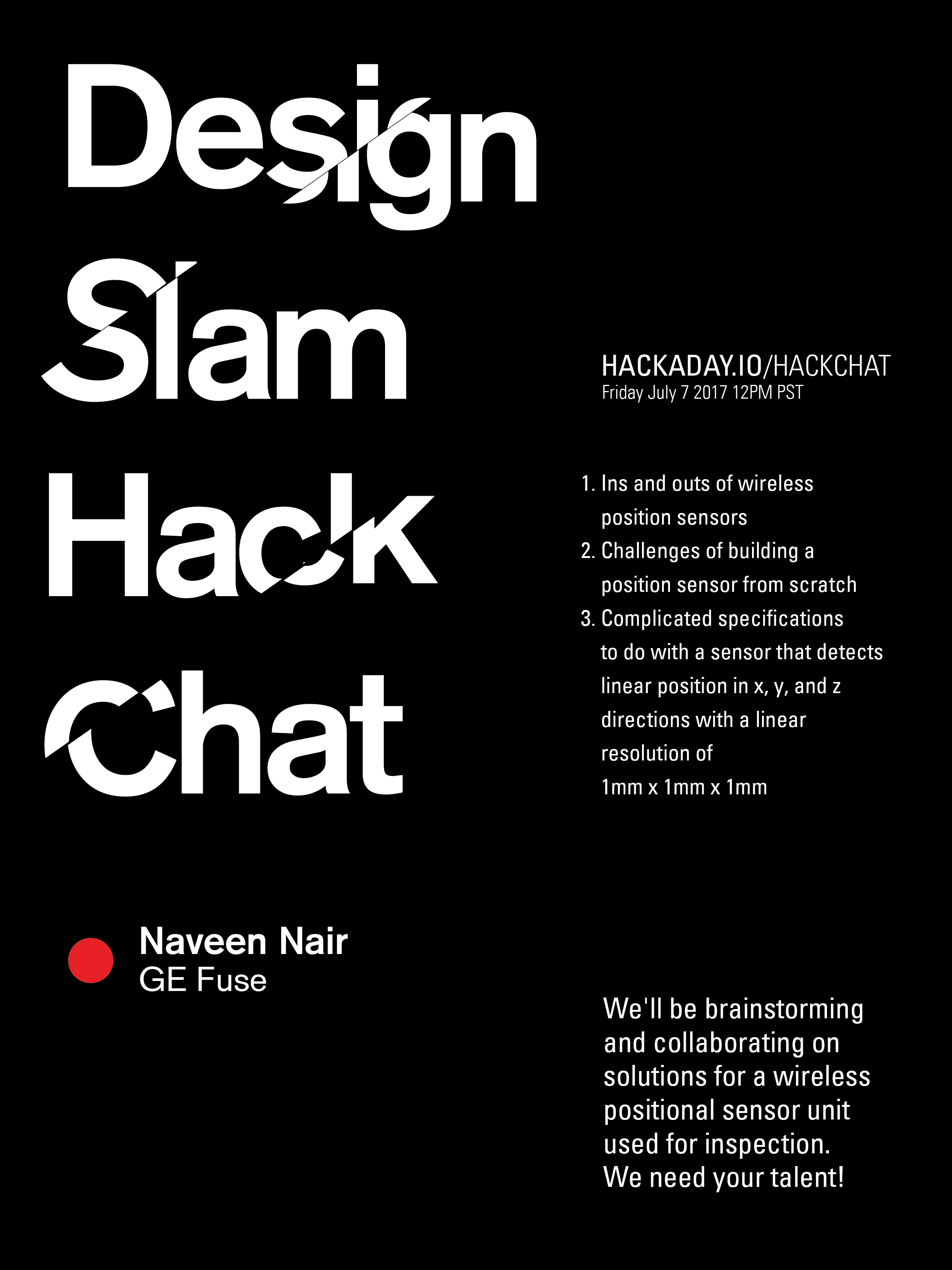