Beyond Arduino: Getting Deeper into Embedded Systems

Elecia White will be hosting the Hack Chat this week.

This Hack Chat is at noon PDT, Friday, September 8th.

Elecia White is an embedded software engineer at Logical Elegance, Inc, author of O’Reilly’s Making Embedded Systems, and host of the Embedded.fm podcast. She enjoys sharing her enthusiasm for engineering and devices.

In this chat, we'll talk about moving beyond Arduino into other Embedded Systems. Hacking together a system on Arduino is fun and often quick. But when you run out of RAM or processing speed, when you want to debug your code, or when you want to ship products, you may start looking outside the Arduino ecosystem. That can be daunting but Elecia can answer questions about matching processors to projects, choosing tools, and generally getting into embedded software as a profession. 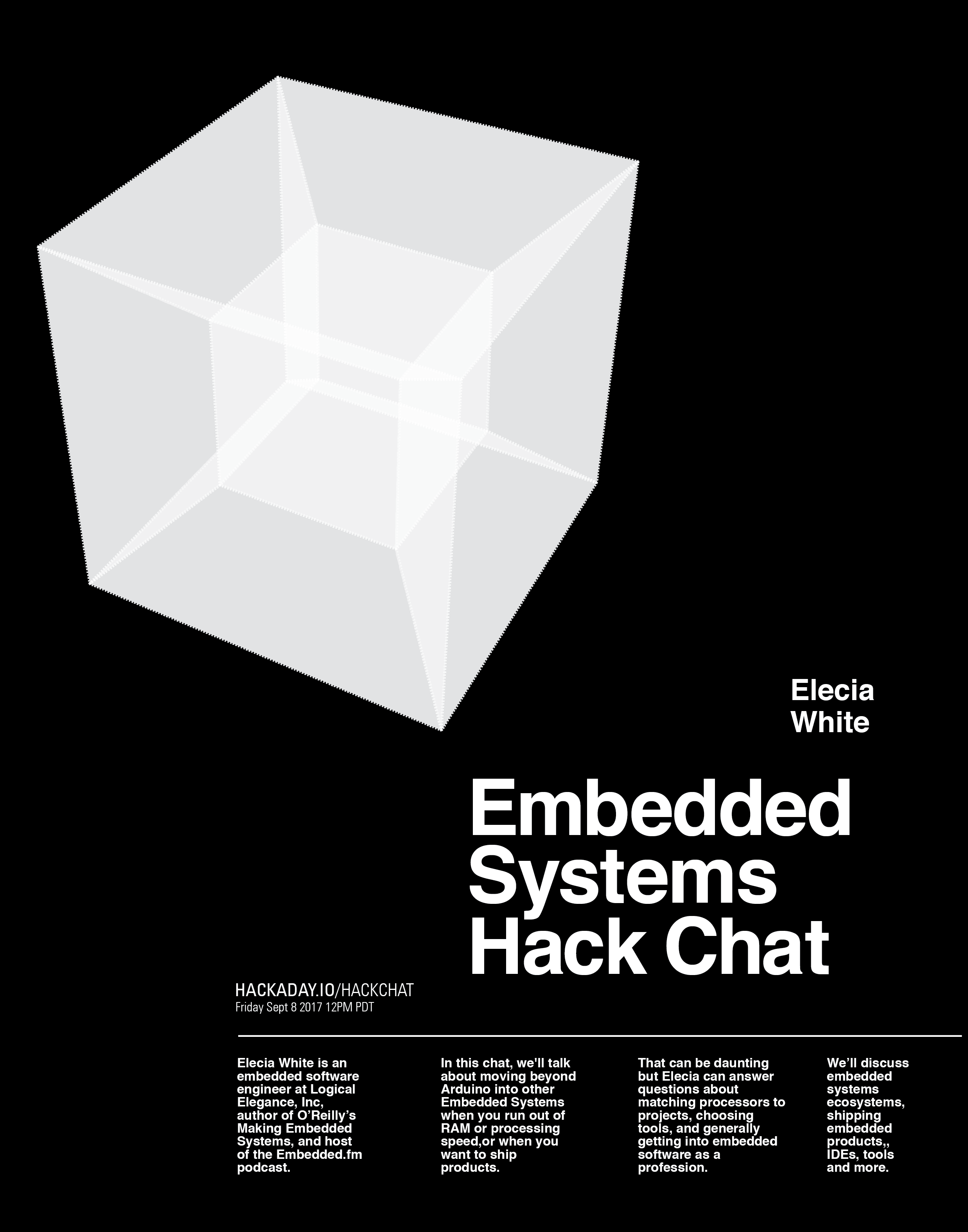