The local shop had a clearance sale and I bought a bunch of this device for about $0.90 each! It was intended to be used with Nintendo 3DS (3DS LL/2DS) and some select smartphone games bearing a specific logo, created by Level-5 Inc.

Of course, the first thing I did after returning home was to take it apart.

Inside, you can see two distinct modules, one in black and one in green.

There's a 0-ohm link acting as a fuse. The green NFC module says "FES05 Module WASHOW SIC9311" (and a Japanese HF certification sticker with code "AC-16073"), and the Bluetooth module bears the code "TNT_MBL_M". The Bluetooth module uses XF2480A, and according to some listings on Alibaba, it's from iFlyTek. It also bears the Realtek logo.

Japanese radio authority does not keep records of the devices they certify public (unlike FCC), so searching for them was a straight dead end. For your information, it has the code "TOYTECBTM2017 016-200150", which probably stands for "TOY TEC Bluetooth Module 2017".

Remember the WASHOW module? Turns out, it's actually the maker of this module and SIC9311 is the chipset it uses (from Silicon Craft, a Thai company). A blog exists (http://nfcmaker.blogspot.com/2018/02/blog-post.html) that has the information on that module, but unfortunately, all of the links on the page are dead and there is no archive of this file available on the Internet Archive. I did leave a comment on their post asking about whether or not they have the files, but I'm not holding my breath on whether or not they'll ever respond.

There are screenshots and photos of the module in question, which verifies that this is the correct source: 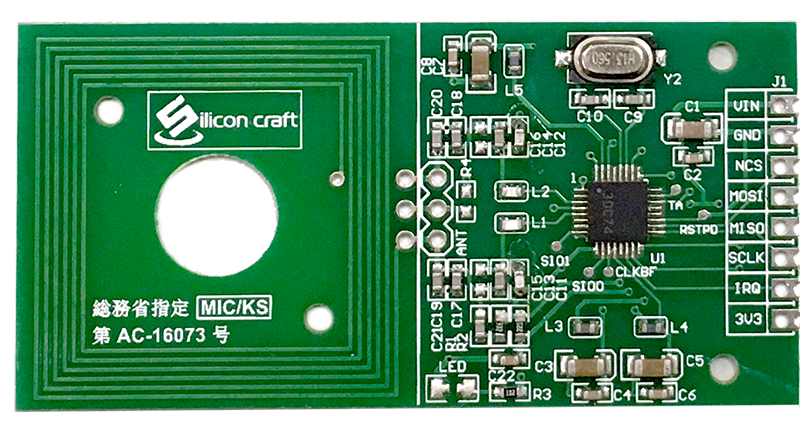 Not much info on the Bluetooth module itself, other than some odd page saying "Oh yeah, our $1000 device can totally read and write to this chip!".

If anyone has more info on this module (either the Bluetooth module or the RFID reader module), please let me know.

This company seems to have partnered with the Japanese app called "The Snack World" in 2018 according to the Facebook post. Moreover, this reader can ONLY read and write the NFC tag, not general RFID tags (such as ones which can be read with the almost universal RC522 RFID reader module), which severely limits its usefulness. See the screenshots below:

(Obtained through Archive.org Web Archive. Fetched from the link on their Facebook post - The pen shown up there is also NFC-enabled, and apparently contained the link to example code)

(The "Japanese toy factory" seems to be referring to TOMY)

(This app is the app that works with this product.)

(This is the project which uses SIC9310, a very close version to the chip I want to find the library of.)

Considering that this can only read NFC tags, I'm thinking of gutting this toy and putting in a more universal RFID reader in it.