Yaay! I received some hardware today, namely, some HD44780 displays and a Pi shield with LCD&5 buttons! It's a shield with the same pinout as Adafruit one, works with Adafruit CharLCD_Plate examples and is generally very nice - @Craig Hissett, that's the one you were talking about! =) It costs 6$ on eBay, so for just 6$ you can get a pyLCI-compatible shield like this:

Also, by supporting it, I support the Adafruit shields, too, and I have hardware to check if it works or not =) I checked how it works, then went to write libraries, wondering about some design decisions Adafruit made while making this. After some time coding, failing and coding some more, it was done: 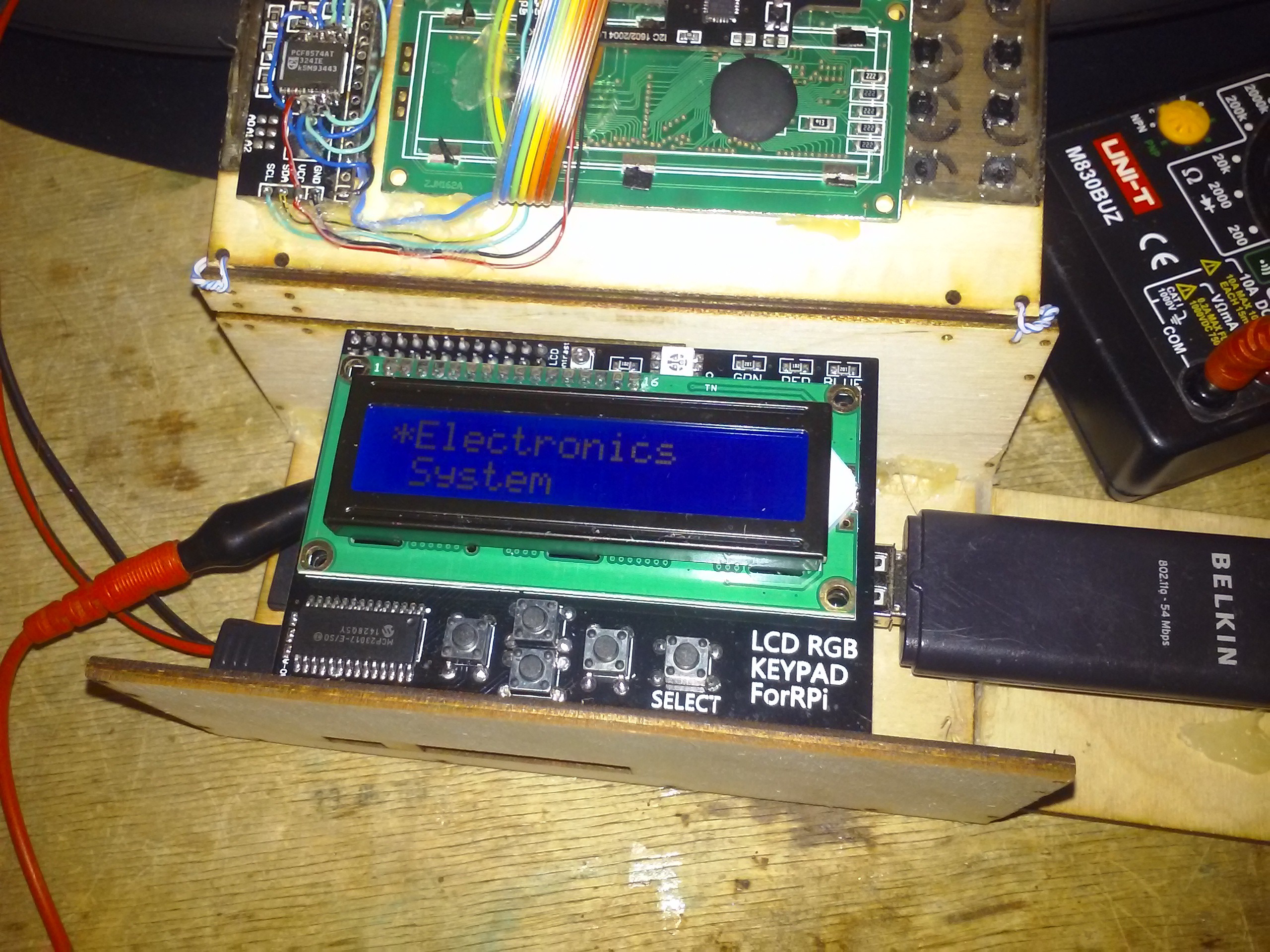 Rewriting the drivers from the ground was worth it. Now this thing doesn't depend on Adafruit libraries, and doesn't have all the overhead there could be if I were to use them. Guess PiFaceCAD libraries will face the same fate sooner or later =)

I made one step towards auto-config - that is, not needing to edit config.json if you're using a shield for which no config is typically needed! Now, config.sh automatically adds appropriate config.json contents if you have told it you're using a shield of those supported, so you can use the system straight away without editing any files! That's the way it has to be, and I'll be moving towards more and more simple pyLCI installation methods, even given how complicated it can be sometimes with some drivers.

Now - onto making docs, then - GPIO hardware I could easily test things with, and then making some Arduino-based I/O device drivers! Guess I'll keep my build logs shorter now, feel like it's better to post them early.

I approve of this update :-)

Keep up the good work buddy!