Switching the Lamp (a LED)

Going further. This is just a copy-paste programming.

I grabbed the Arduino code from here:

Changed the SSID and the password, connected a 150ohm resistor and the first LED I found in my junk box to the corresponding pins of the ESP8266. Downloaded the code, and fired the serial monitor in the Visual Studio:

When I connect to the web server from a browser, I can switch the LED on and off.

Now integrate it to the OpenHAB.

Here is the result:

Here is the circuit: 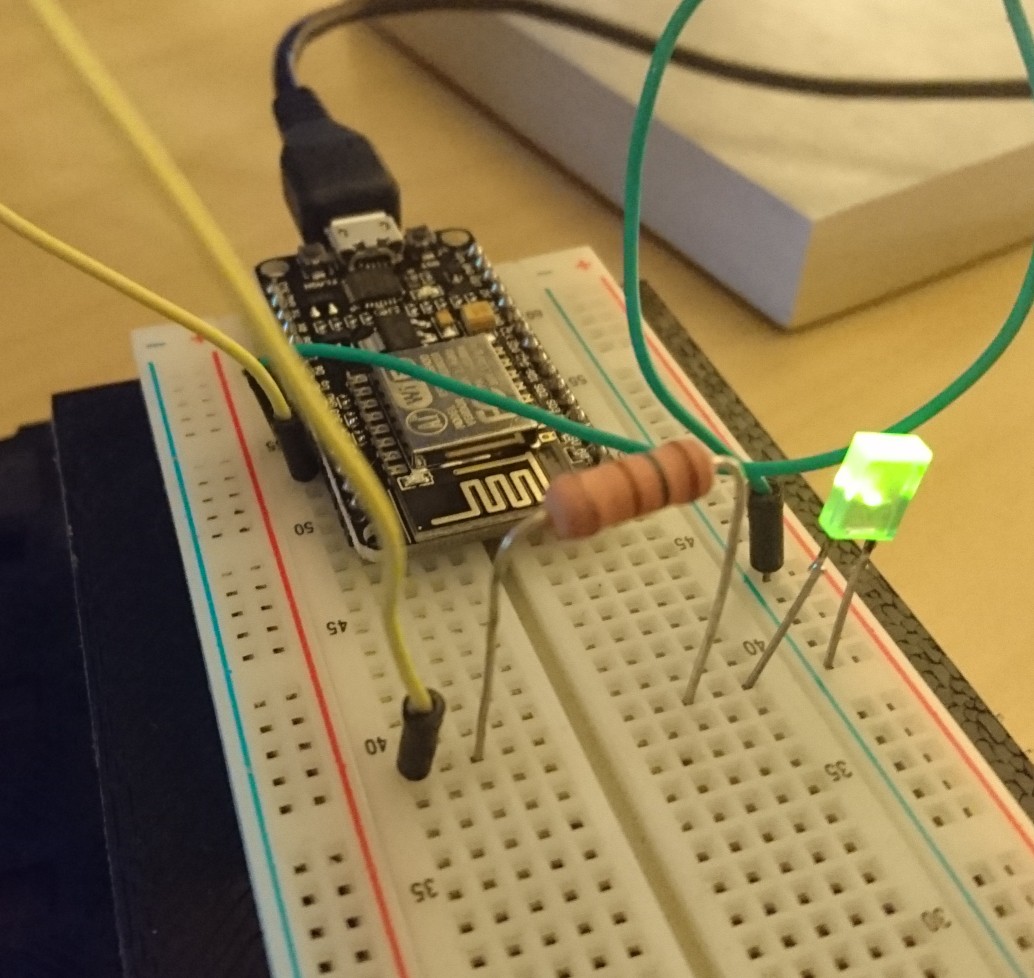