This is a synth that produces squarewaves in different frequencies. You can use it to make a pattern of maximum 8 notes.

I had two weeks of holiday so that's why I haven't updated the project for some time. But I'm back now and during the holidays I found a simple multi-meter that will come in handy and I've used it quite a lot now. When I found it the battery connector was completely rusty so I had to replace that first. 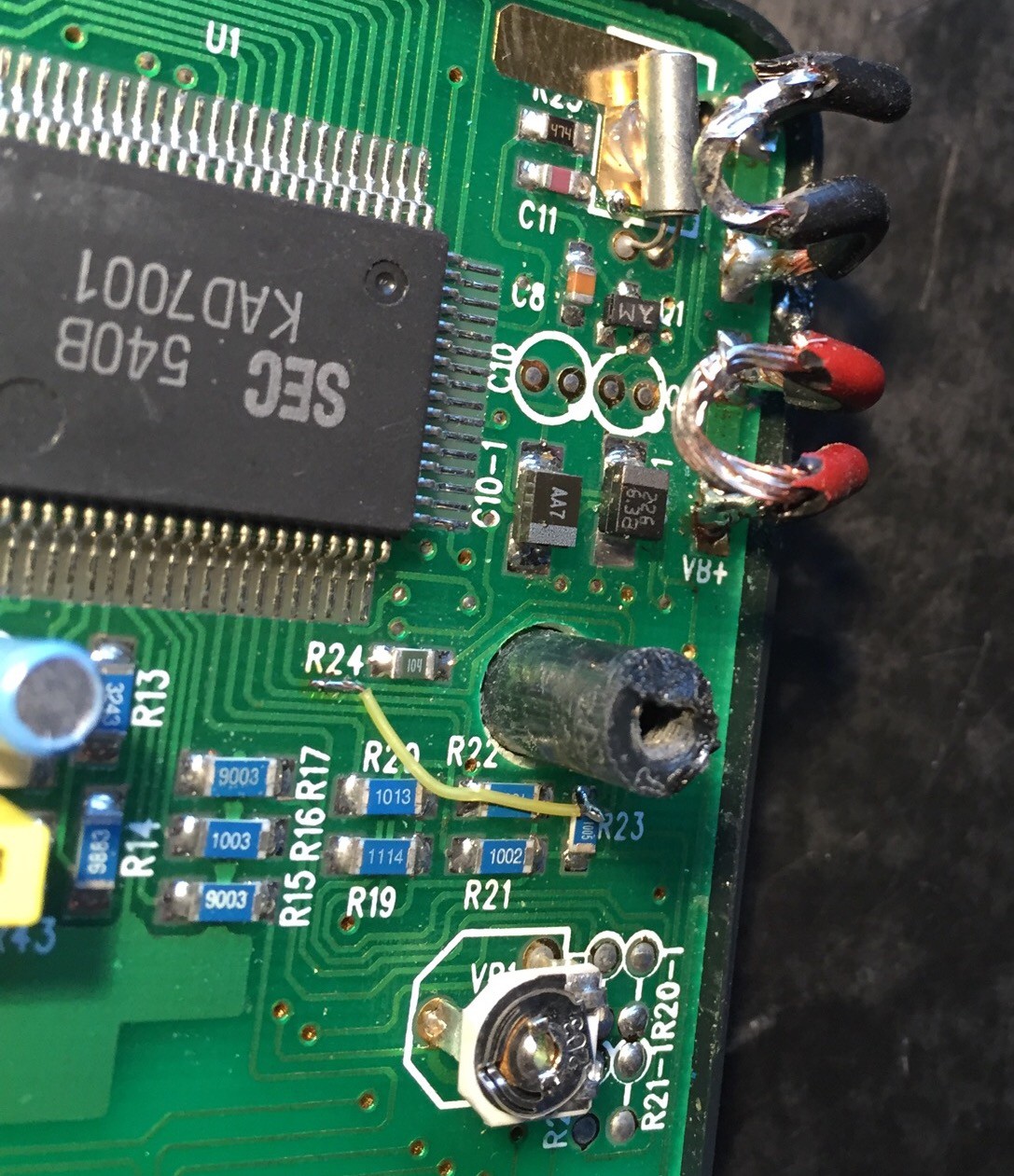 Don't get mad at me for not having a multi-meter before, I've only been doing this hobby for about three years now and I just didn't feel the need to get one before.

Thanks to my multi-meter I found a few smaller problems so that's good.

Never the less, as I came back from my semester I immediately started building and finishing my project. I'm almost done, all I have left is the LED's and the Stereo-jack to solder on to it. I did some testing and everything seemed fine until after I soldered the potentiometers. The current flows thru all of the potentiometers and in to the 555-timer but the current can also flow the other way, thru one potentiometer and back thru another potentiometer. So the only thing I'm getting is one single note that goes on and off and not eight. I believe I can fix this problem with some diodes. You might think that "oh but that's because you haven't put the LED's on"! I don't think that soldering the LED's will solve the problem since the current is divided before the LED's. I hope you understand, if not then you might want to look at my schematic.

Soon I'll put a video on this log and show you the problem. I will also update the schematic.