A simple hack on a smart meter to monitor household power consumption vs Exterior temperature and wood stove usage.

My home is equipped with a smart meter and as you may know some have an IR LED that blink for each watt-hour consumed.

This is where the IR port is located on the smart meter: 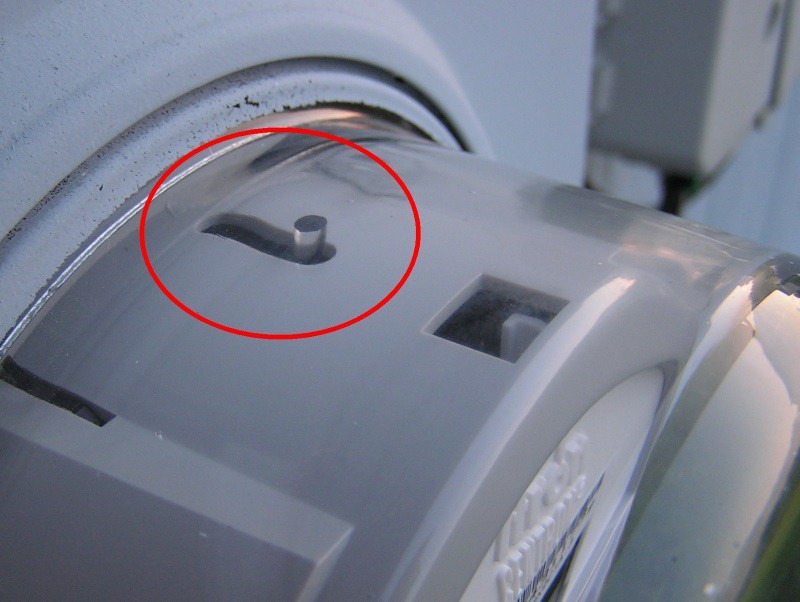 The pulse is quite narrow (10ms) and there is 20’ between the smart meter and my microcontroller so I build a circuit close to the meter to make the pulse wider and add more drive to the signal. 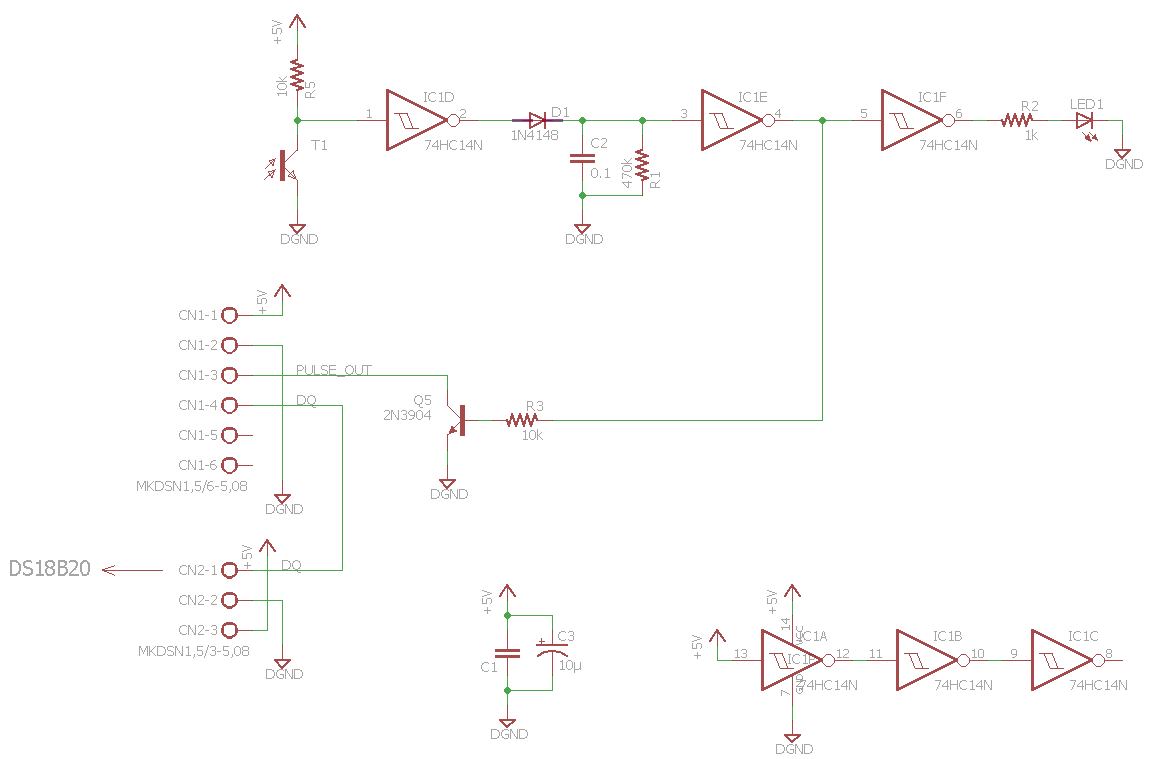 The circuit is inside a waterproof case and act as a junction box for the external DS18B20. The case is held in place with rare earth magnets which make it moveable if the meter need some servicing.

Tip #56945a: to prevent rain water to enter the “waterproof” box, apply some dielectric grease on the gasket. Don’t trust the gasket to be sufficient! Make sure it’s a plastic safe grease.

Tip #56945b: put a silica gel packet inside the waterproof box to remove any humidity. The temperature extremes WILL make the humidity condense!

Making the sensor immune from elements

The first prototype had some issues like IR signal lost due to rain water. The solution I found was to build a “cone” to displace water. I thought about using Sugru but I couldn’t get some quickly so I looked for doing a substitute. Then I found this Instructable How To Make Your Own Sugru Substitute. 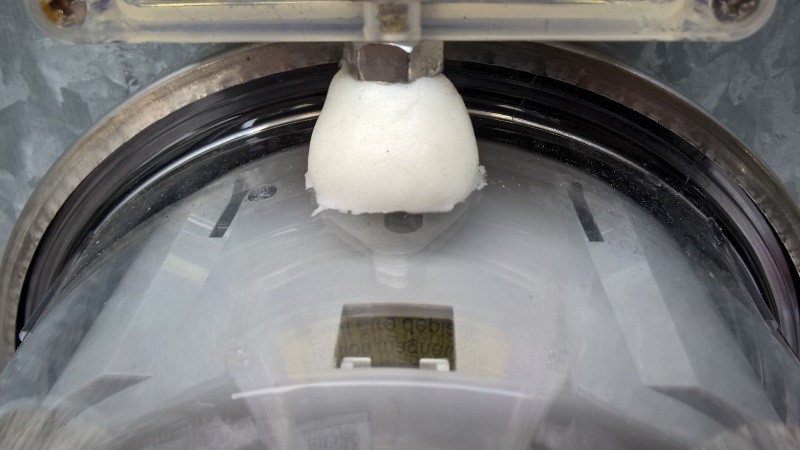 There is another problem: cold temperature. I’m loosing signal not because the circuit cannot handle it (74HC14 are rated -40C) but it is due to a “mechanical” drift. On cold temperatures like below -25C (-13F) the sensor moves slightly out of line with the IR LED. I plan to add an op-amp but it’s going to wait for a warmer temperature… (FYI -30C = -22F)

The main board on the power meter is a DirtyPCB I designed as a universal IOT platform. It can handle an ESP8266 ESP-01 or a ESP-07 on a breakout board. The microcontroller is a PIC18F25K22 running PicBASIC code (more on this in the FAQ). It counts the pulses and push it to my ThingSpeak channel every 15 minutes with the temperature and the peak power.

The monitor receives the wood stove temperature from a previous project via a nRF24L01+ on my nRF platform (more on this in the FAQ).

Finally, in case of a power failure a battery keeps it alive and a notification is sent via PushingBox to my cell phone.

The LCD is nice but seeing numbers moving is not pretty. I had a nice 50µA meter laying in a drawer and I thought it could add a nice addition to the power meter. I opened it to add 2 LEDs and a voltage to current buffer and hooked it to the DAC output of the PIC. A few lines of code later it made a nice addition! 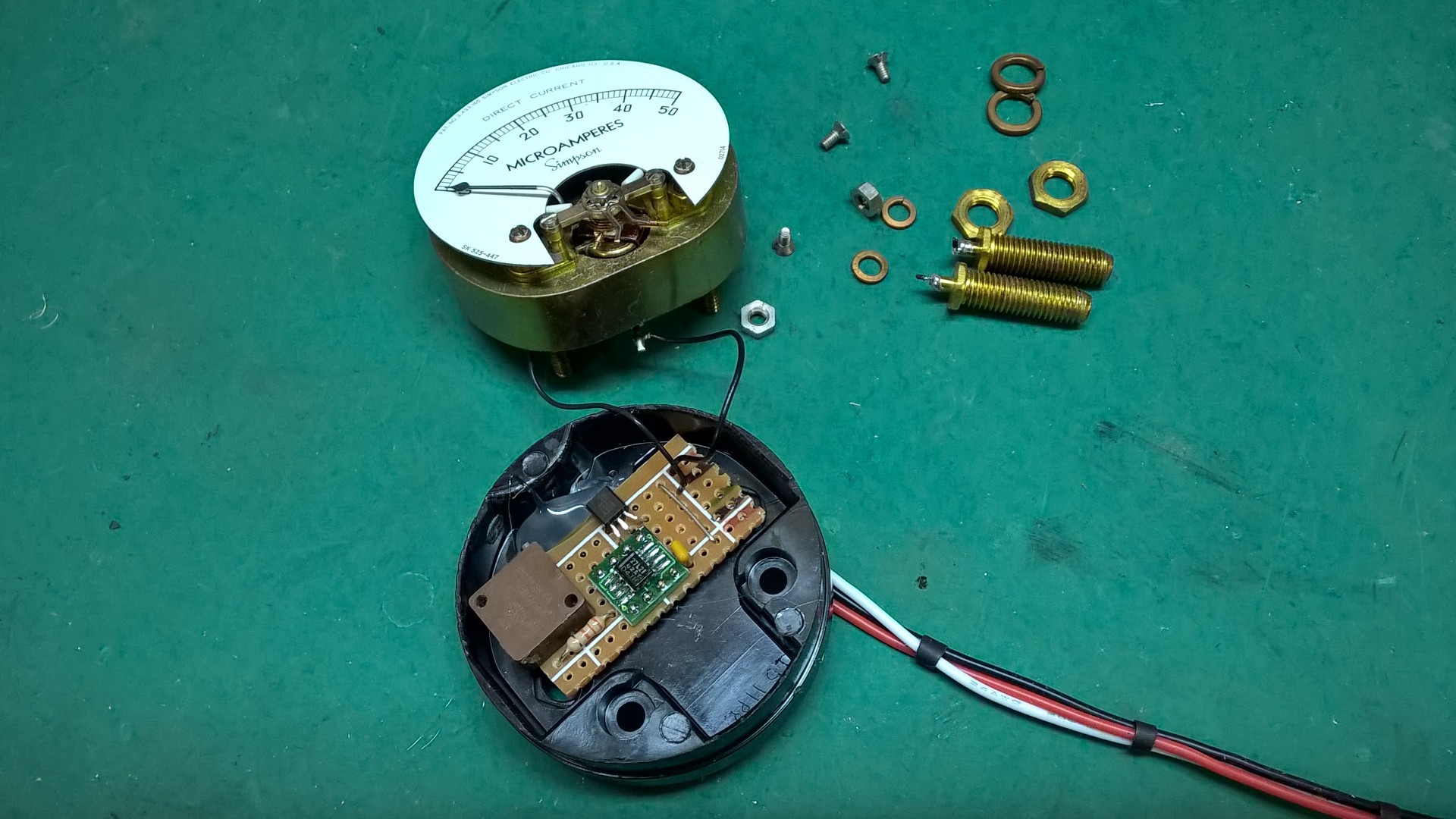 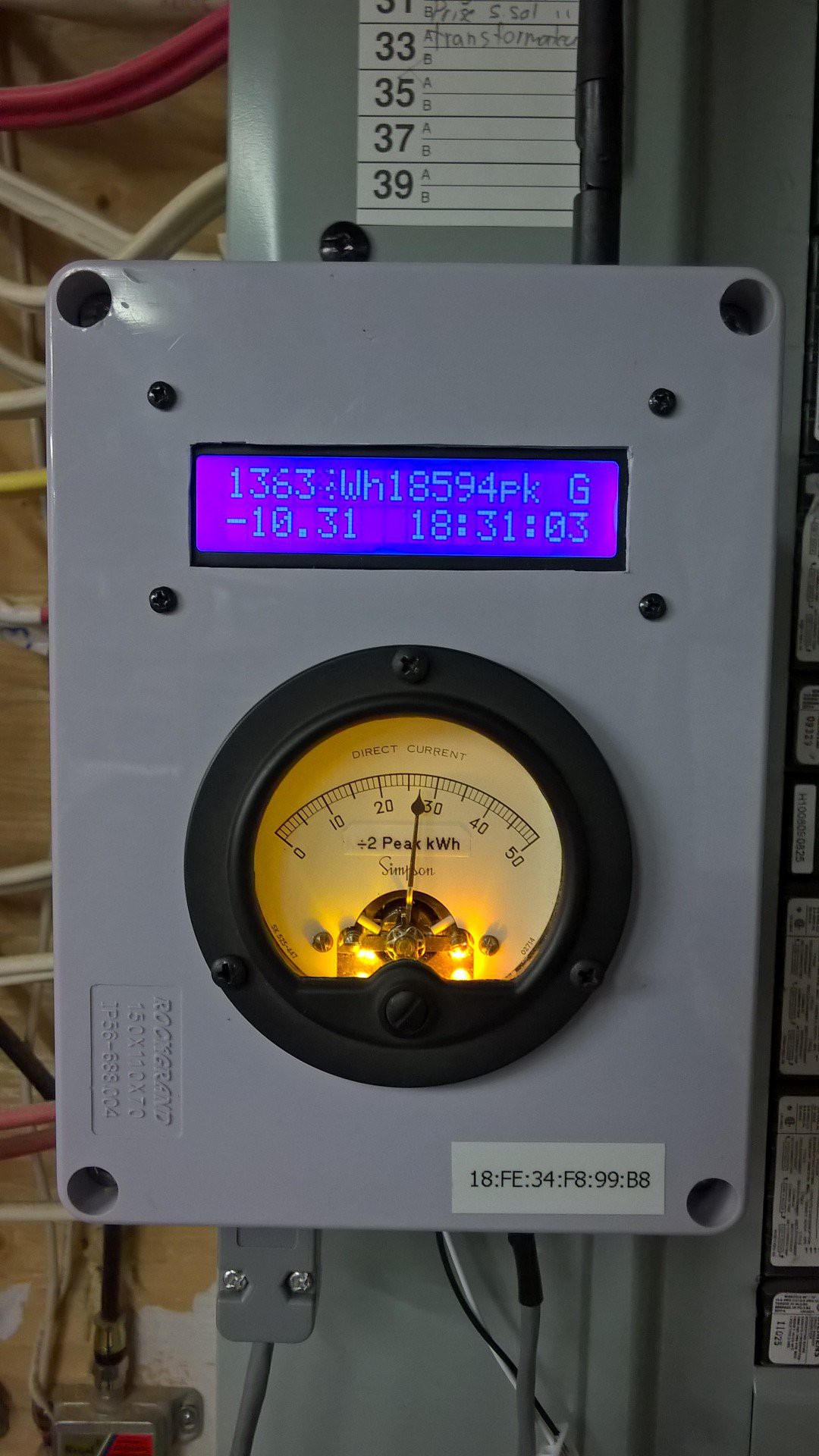 Unfortunately, I do not have a lot of data to show the impact of the wood stove on the electric consumption. I had some trouble with the sensor outside and I have strict rules on the wood stove usage:

Official Hackaday Prize Entry
Design and build a simple, inexpensive, and manufacturable remote indicator for the most common type of mechanical water meter in use today.
Project Owner Contributor