Today I received some germanium diodes from ebay (1S34 that is the same as 1N34) and decided to replicate circuit from that Russian magazine again - germanium diodes on the left (inputs) and single silicon diode connects transistor base to the inputs common point. And it worked ;)

But voltage transmission curve was not perfect - threshold is too skewed: 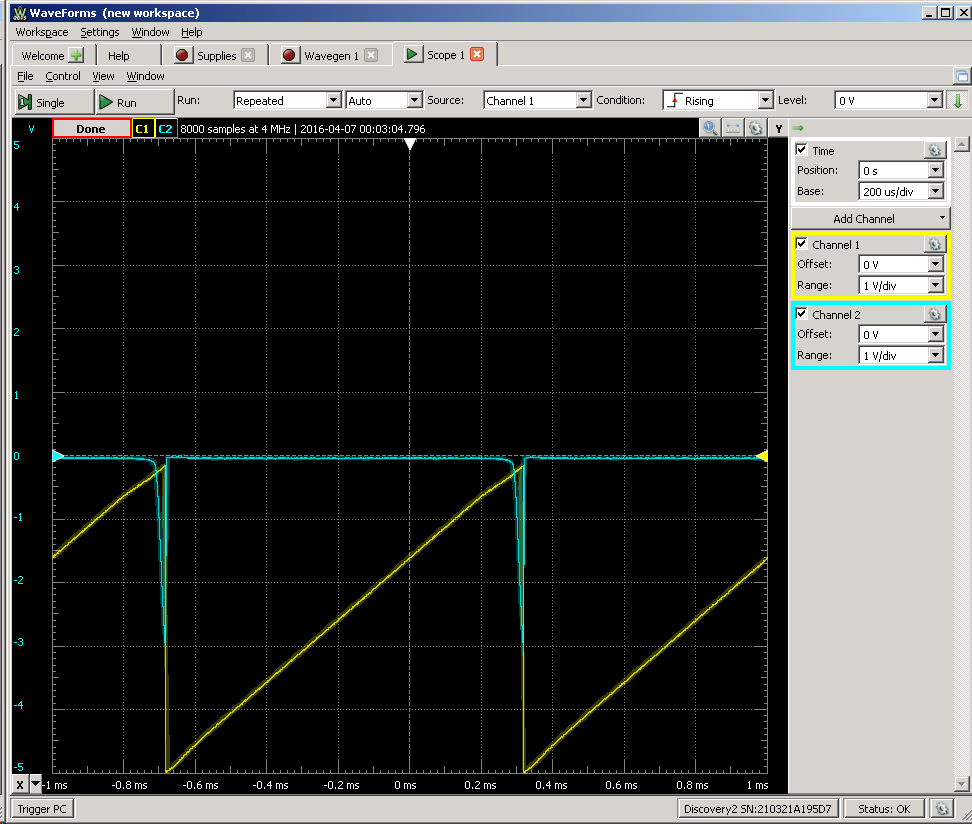 Last time I shifted threshold by adding more diodes in transistor base circuit, but now I try something different - reversely connected Zener diode ;) 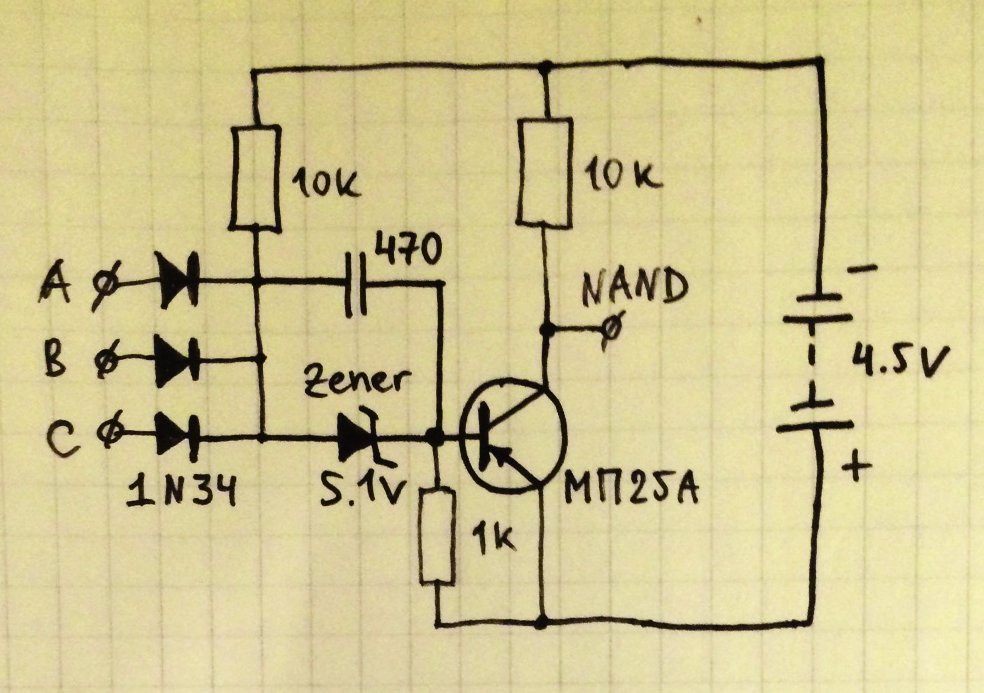 Initially I connected 3V Zener, but threshold goes not too far with it: 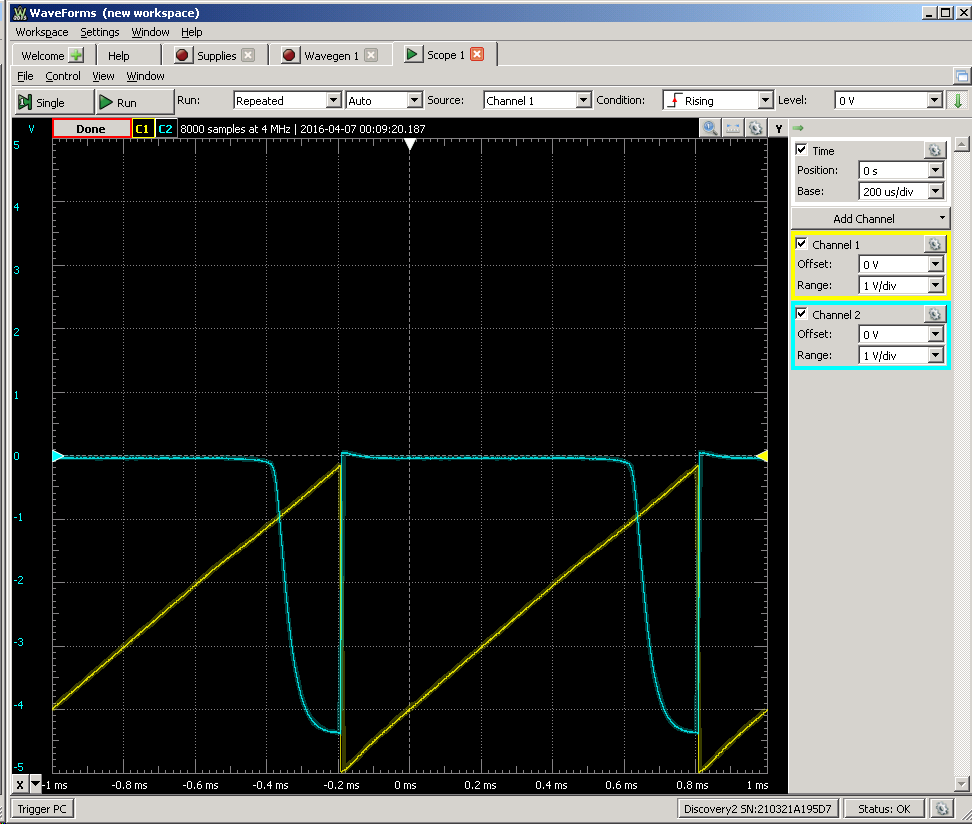 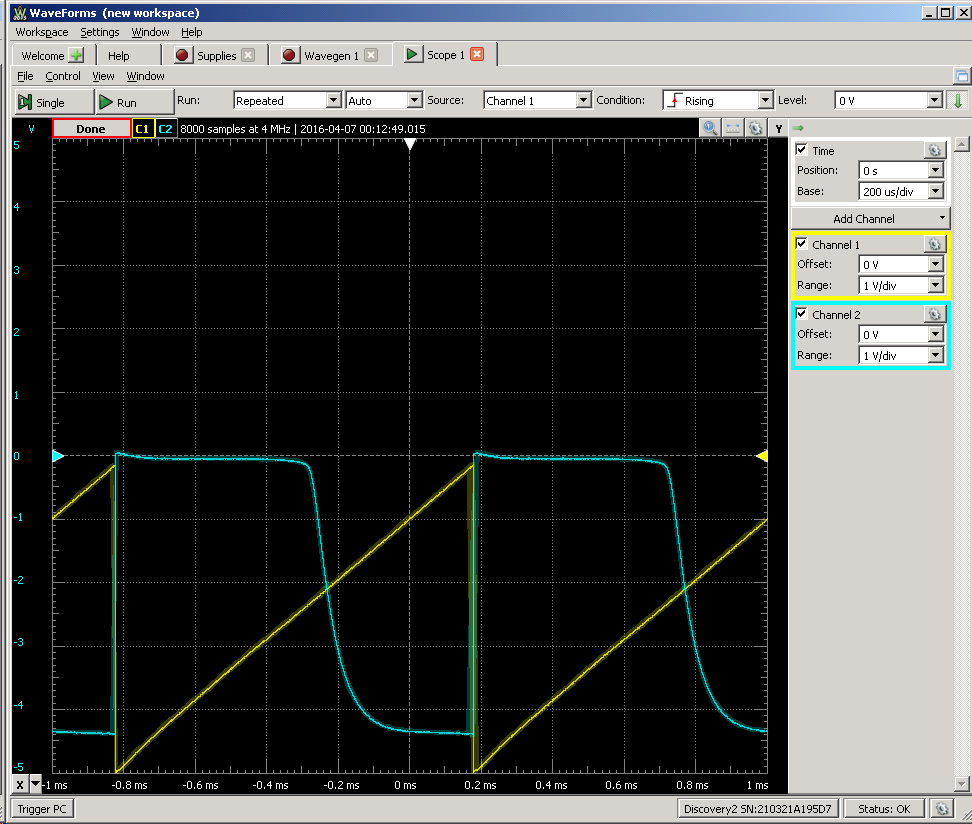 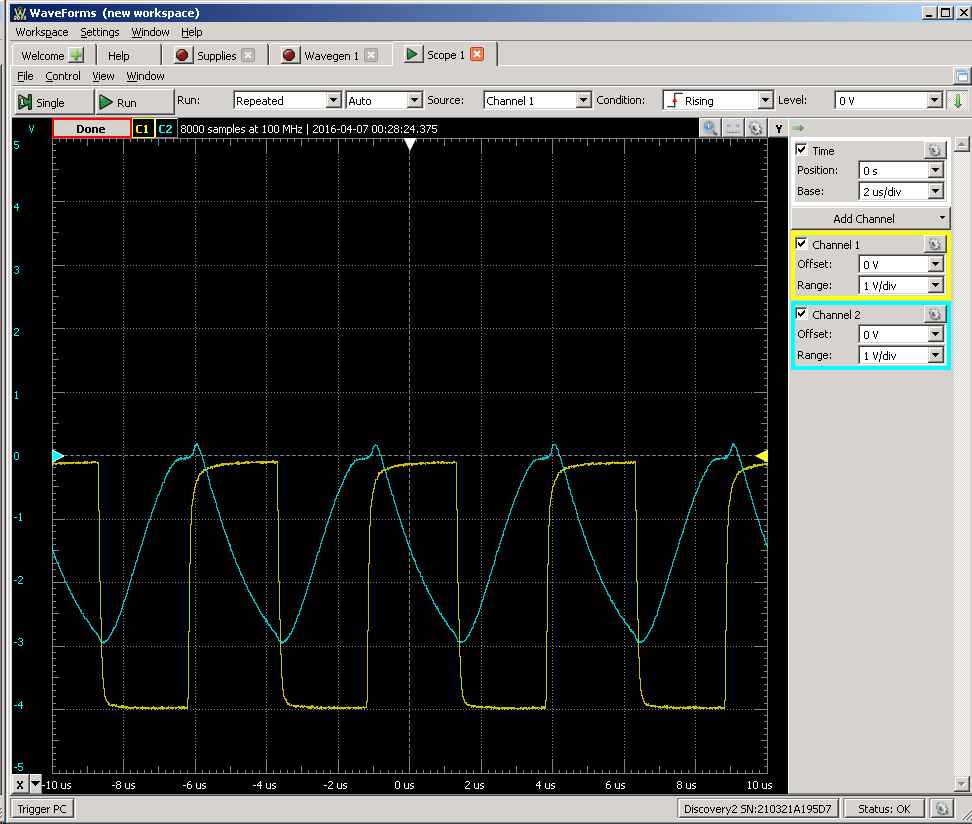 Then I tried even more unusual thing - red LED :) 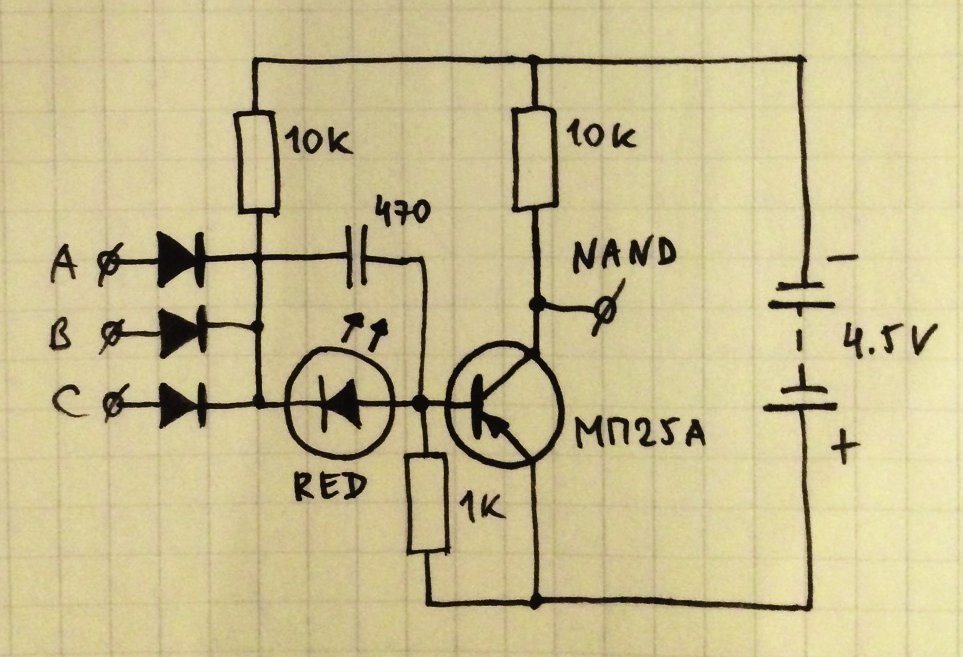 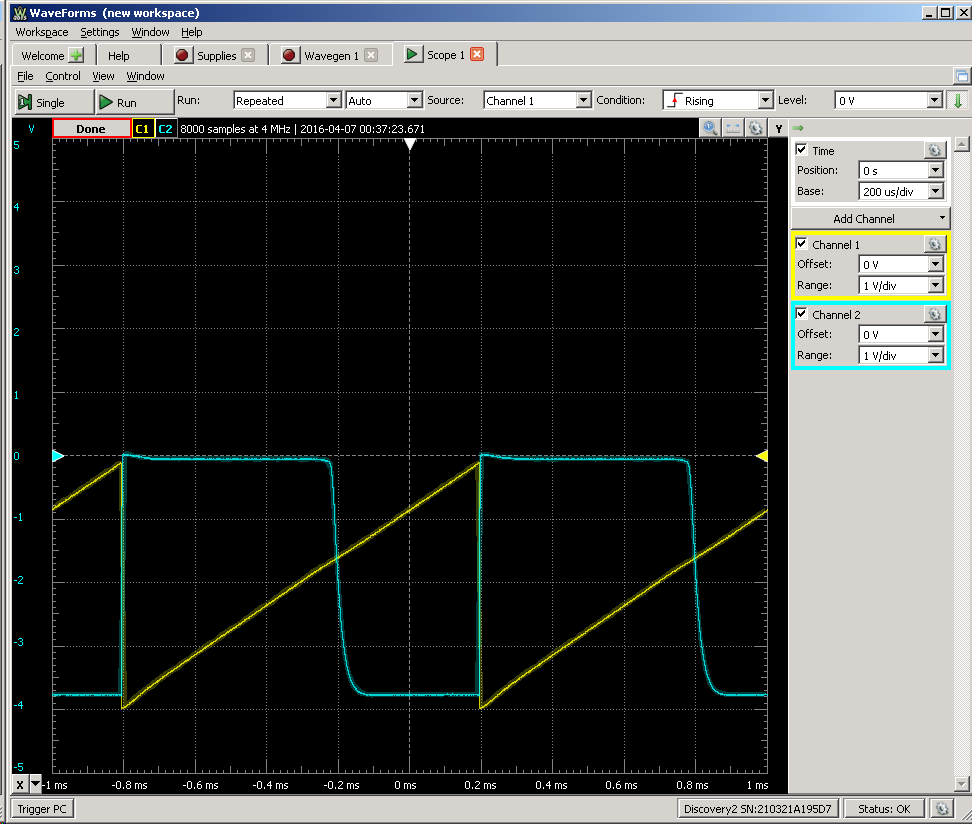 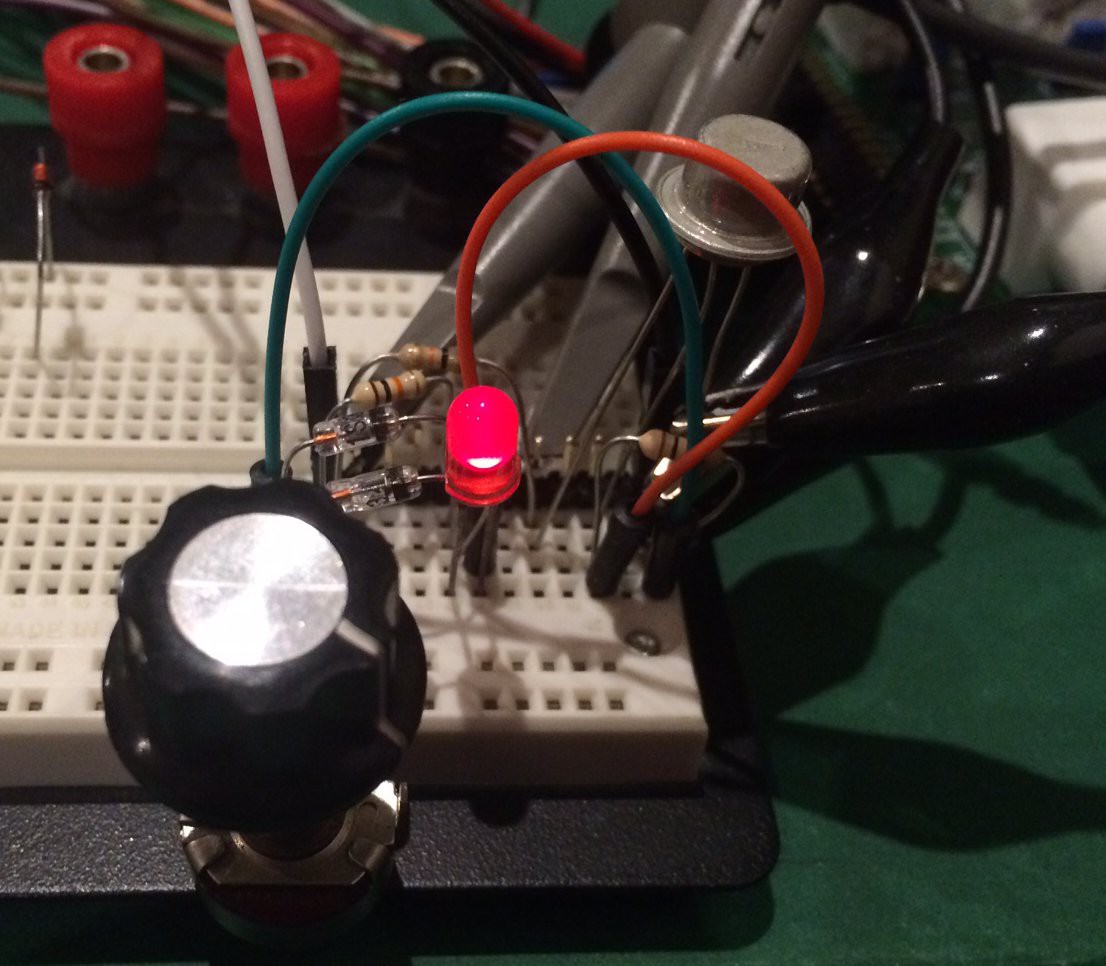 So we got NAND germanium gate with indicator showing AND function :)