Use your lasercutter to make an optics bench.

A bunch of people at my hackerspace decided to get together and enter the Hackaday prize contest.

After several meetings where people made project suggestions, we eventually winnowed down the options and decided on the Optics Bench. Hence this project.

This is an easy-to-make optics bench which can be easily made using a laser cutter and some bits of hardware. It can do some

I needed to make an interferometer for a project a couple of years ago, and I made a system that allows me to hold components: the laser, mirrors, and semi-silvered mirror. 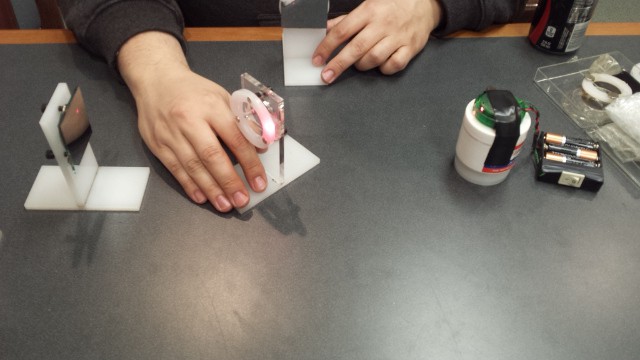 The system was based on a holder with three screw inserts, holding a ring with three neodynium magnets. The magnets stick snugly to the three screws, allowing the ring (laser, mirror, and so on) to be easily aimed up/down and left/right.

After some discussion, the group came up with about 20 optical component holders for various purposes. Some of which were ring holders and work directly with the ring bases, and some were independent holders for a specific purpose (such as a prism holder).

We also identified a range of experiments that could be done with this system, some of which are pretty sophisticated: polariscope for measuring optical angles, measuring the speed of light, and a Michaelson interferometer.

Someone pointed out that an Arduino can run some components such as a LED, a laser, and a phototransistor. Perhaps a "table" holder for a prism could include a servo run by the Arduino that moves the phototransistor around different angles, letting the experimenter mneasure the spectrum of different substances.

A bunch of improvements were made for the original system. 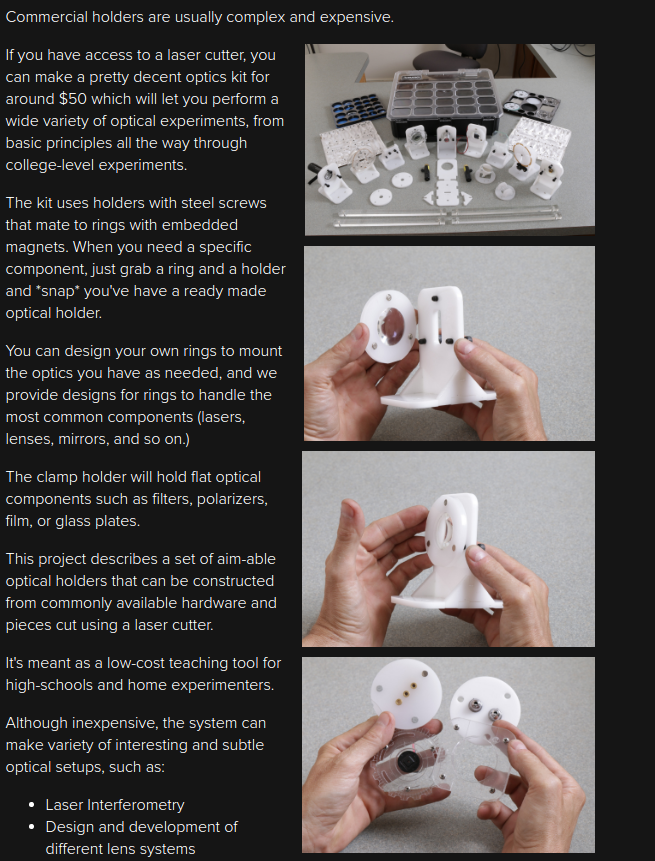 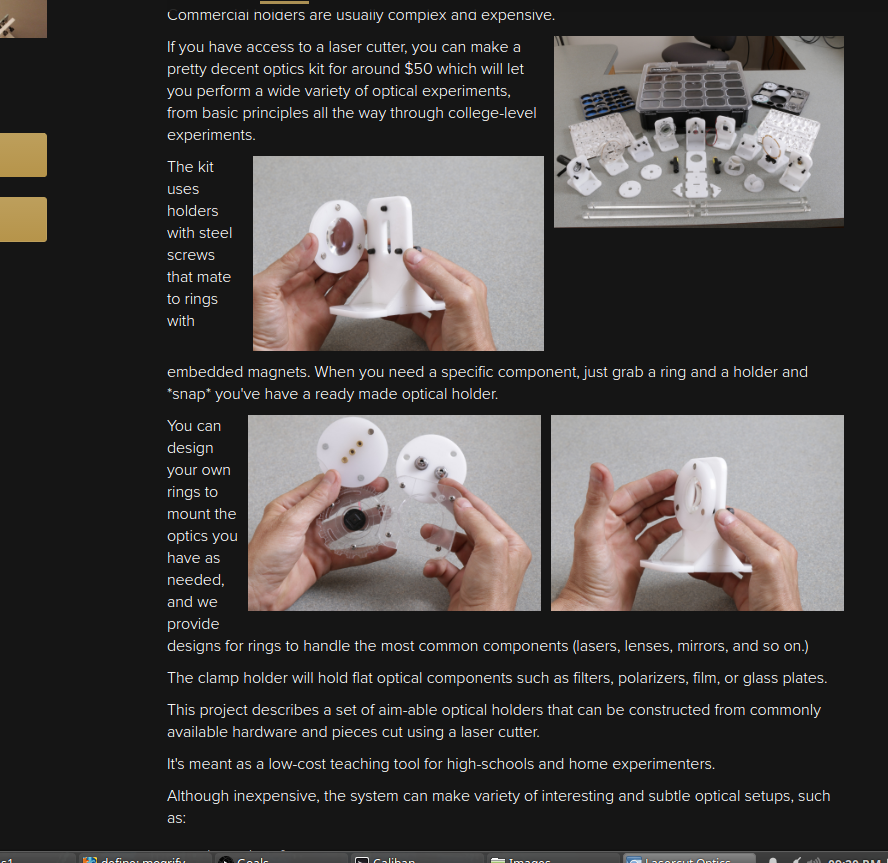 At the second team meeting...