Monitoring the 2m-band: One day of radio contacts by the International Space Station

After monitoring the 70cm-band, we checked back the 2m-band. But not the NOAA satellites, this time we wanted to look for the biggest human-made construction in space so far:

International Space Station, got you!

As a fancy fact, the ISS is not only equiped with special dedicated communication hardware and channels to their mission control. But also there is amateur-radio (ham) equipement installed for redundancy/emergency reasons and also for outreach (check ARISS.org for more infos). And astronauts on board the ISS hold the official ham-operator's license for operating the equipement.

Unfortunately, we didn't receive voice transmission, because this is mostly done to communicate to special events like school classes, space camps or else. The astronauts' busy schedules are only allowing this from time to time. It was not planned during our tests. The Slow Scan TV was also not active on 145.8 MHz. It is even active even less frequently, but if active it transmits images taken inside the ISS or other interesting footage. (you would have seen it in the video. top left window)

BUT what is always active is the APRS system on 145.825 MHz. You can transmit your APRS packet from earth to the ISS system and it relays it back. And we received APRS packages during each pass. You can easily see it in the video above (top, right window). As you saw before in our other logs, you see the doppler effect on the transmittion. You see packages of several seconds being transmitted. 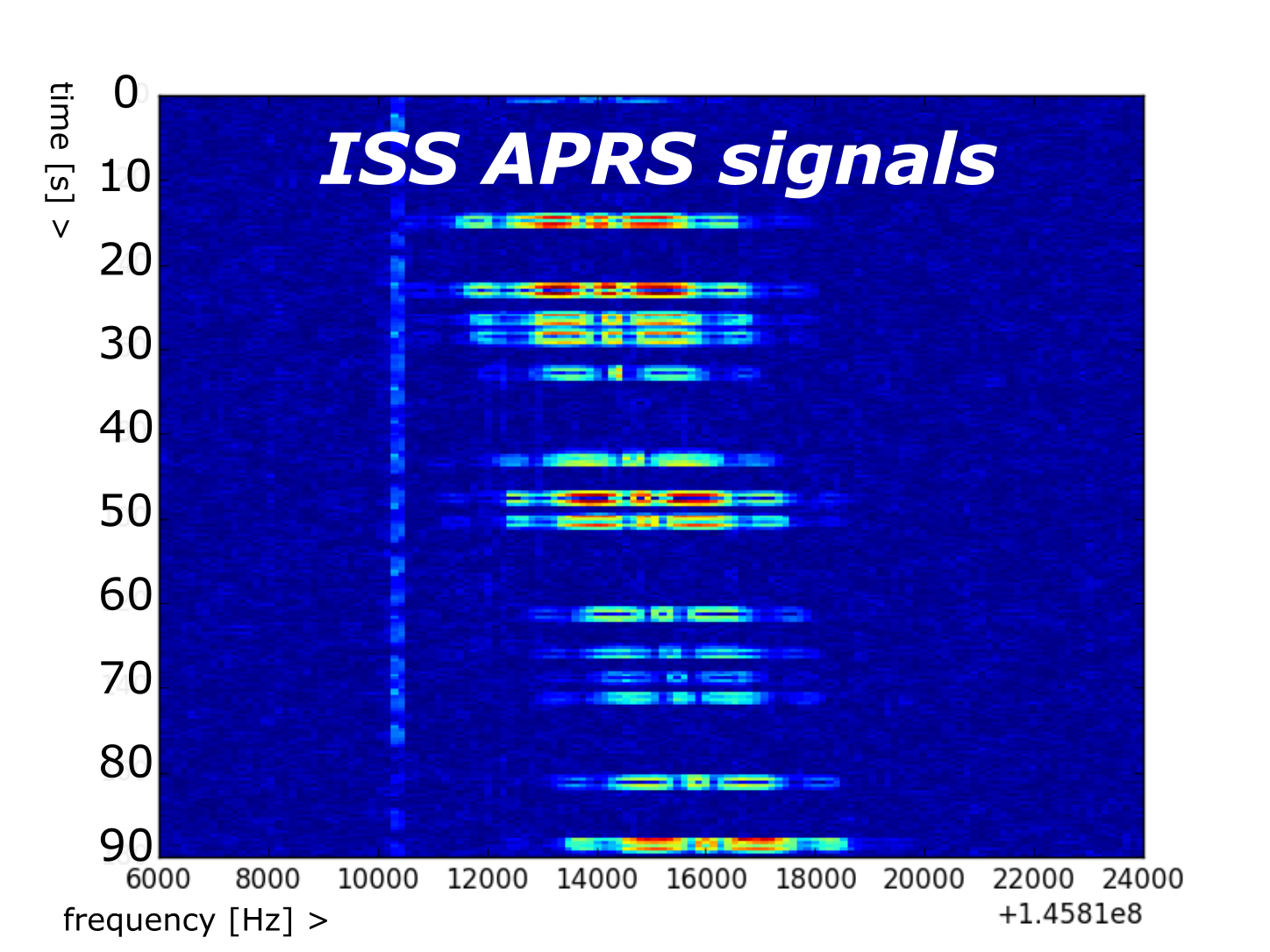 How to receive the ISS?

Reception was easy. We used the turnstile antenna on our RTLSDR dongle. That's about it. What was tricky for our location and perhaps most of your's as well are other amateur radio channels. We are looking for a rather weak signal from space. What we saw were really ppwerfull transmission on neighboring amateur-radio channels. So autogain was not an option this time due to the high dynamic range of signals in the received frequency band driving the levels to maximum. And during this autogain phases, weak signals like those of ISS were harder to monitor. What solved this was finding a fixed gain that offers anough head-room for pwerful signals and also not effecting the weaker signals. We applied the "you crank up gain as long as the noise floor is not being raised significantly". That worked and with 30dB gain we made the monitoring you see in the video.

The ISS is pretty awesome! We keep on tracking you! :)