This is why we do it! Helping operators, helping missions, helping everyone!

I (Andreas) had been the chance to attend the International Astronautical Congress 2016 (IAC) In Guadalajara, Mexico this September. It is the biggest space congress on Earth and I teased about it in the previous logs already. I am back home now and here is the promised longer version.

Actually I attended two space congresses. I had been on the waiting list for the Space Generation Congress 2016 and was lucky enough to received a last minute slot. It is a youth congress in conjunction with the IAC to have "a voice from the youth perspective" in the space community that is meeting during the year and mainly during IAC. More then 150 people from mor than 60 countries gathered and discussed various topics in working groups. The result of these working group are presented as recommendations during the United Nations meeting of COPOUS (United Nations Committee on the Peaceful Uses of Outer Space). So what everyone is doing there is pretty amazing and I try to take part every year since I stumbled across thme by accident in 2011. So it was great to work with other space enthusiasts in our Telecommunications Working Group about how to make it easier for small sat operators to allocate needed frequencies from the ITU. I don't want to spoil too many details already while the reports of our and the other working groups are currently written. So I recommendto you to check their webpage in 1-2 months because they will openly publish it. But summarizing we had a consensus that the speed of development for a current cubesat is way shorter than than the typical frequency allocation process and all parties should be aware of this right from the begining.

Of course I met old friends of mine and found new friends. This is why I like space. Everyone is working together for the betterment of everyone in one way.

And then after SGC2016, the IAC2016 started. Guadalajara and Mexio as the host city and country did a marvelous job! It was a realy pleasure being there. I will directly jump to my personal highlight of the IAC, Elon Musk's plenary talk about his/SpaceX's Mars Mission. I won't go into details, because I linked to the full video here and you can see why I was so impressed. I really hope that he achieves everything he proposed there. Unfortunately I needed to leave his talk early because my own technical session and my paper presentation started right after his talk. I presented the current status of DGSN and what implications a highly distributed, internet connect grid can have. I don't really like the word Internet of Things, but I needed to give the talk a title and you can already find my slides (linked in github) in the previous log. I got great and honest feedback from Mr. Mattas (ITU) about why using Open-Source and also from other cubesat operators. This is why we decided to go for the Small Sat Operations technical session, because DGSN can have an impact with small sat operations. And we also learned, that we transmit with DGSN or any other ground station network on behalf of other missions is complicated and ITU emphasized to respect the rules. For us/DGSN it is okay, because in the current phase, we don't hink about doing that (yet).

Related, the PocketQube team by TU Delft showed a nice graph how long it usually takes for NORAD to release the Two-Line Elements (orbit data) of different small satellites with respect to their radar cross section. The essence is that it takes longer when they are smaller. It can be up to 14 days and that could already be too crucial for some missions. So it was great for us to have been presented the current status of DGSN at IAC to be in close contact with small sat operators. We will look forward to help and assist them during their various missions! (for the full IAC2016 paper, click here). 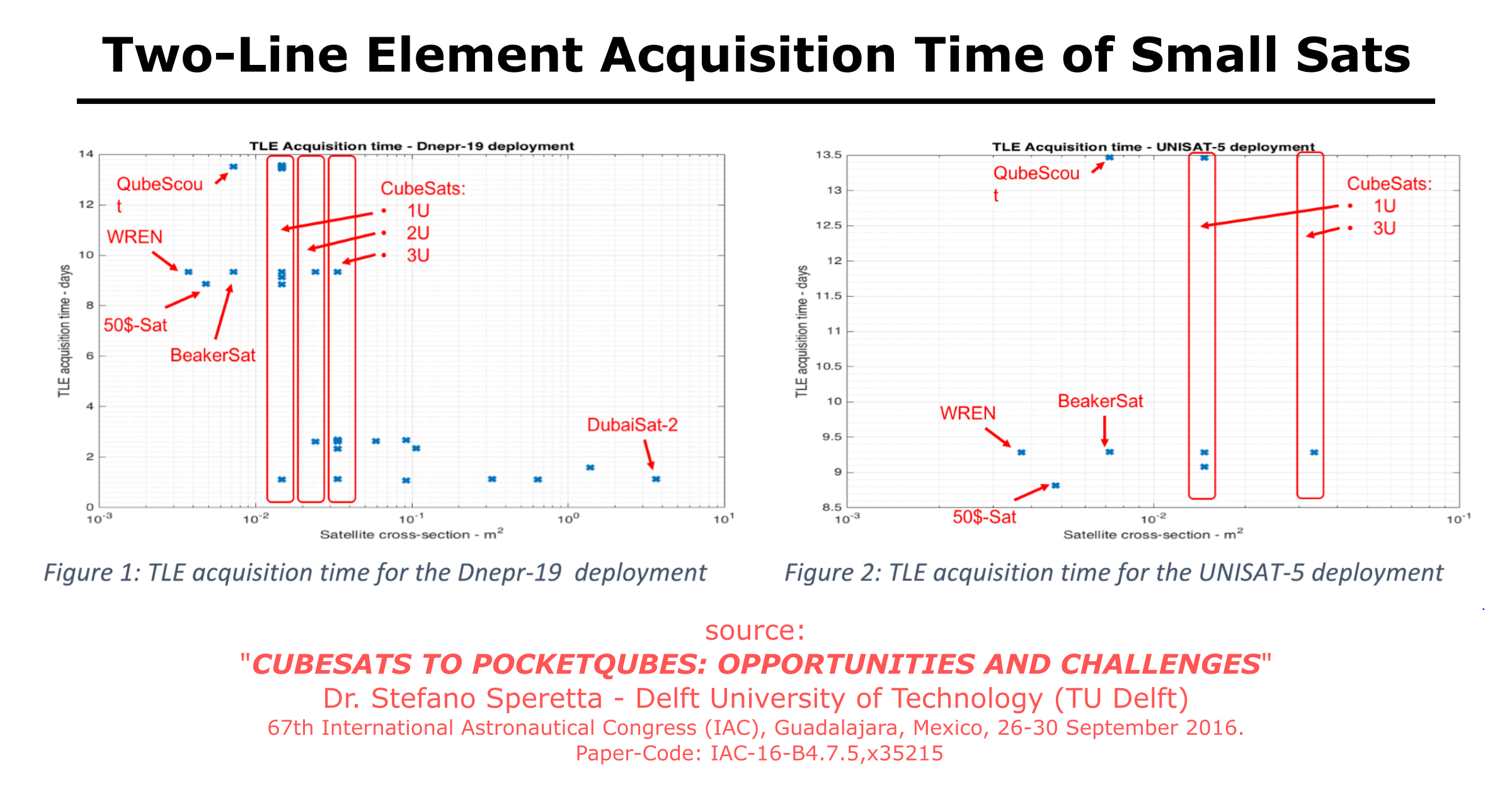 All in all we know, why we're working on DGSN, because we can help others and all benefit!