A few days ago, i found a wall clock thrown in garbage (while i was looking for one of the community dog puppy :).

From past experience, i was sure that the internal mechanism is still functional.
(people usually throw clocks due to the broken glass or old body).

I salvaged the electro-mechanical mechanism from the garbage and cleaned it up.
After inserting an AA battery, it started its usual sound: tik, tik, tik….

So, i just kept it on the shelf.
then a idea struck to my mind! Why don’t i take it apart (which i would have later anyway), and drive the motor with Box0!

So first, i removed all the gear mechanism and made it to minimal so that the motor can work.
Now, the motor is functional, i soldered two wires to the coil solder pad (coming out of the IC underneath epoxy). 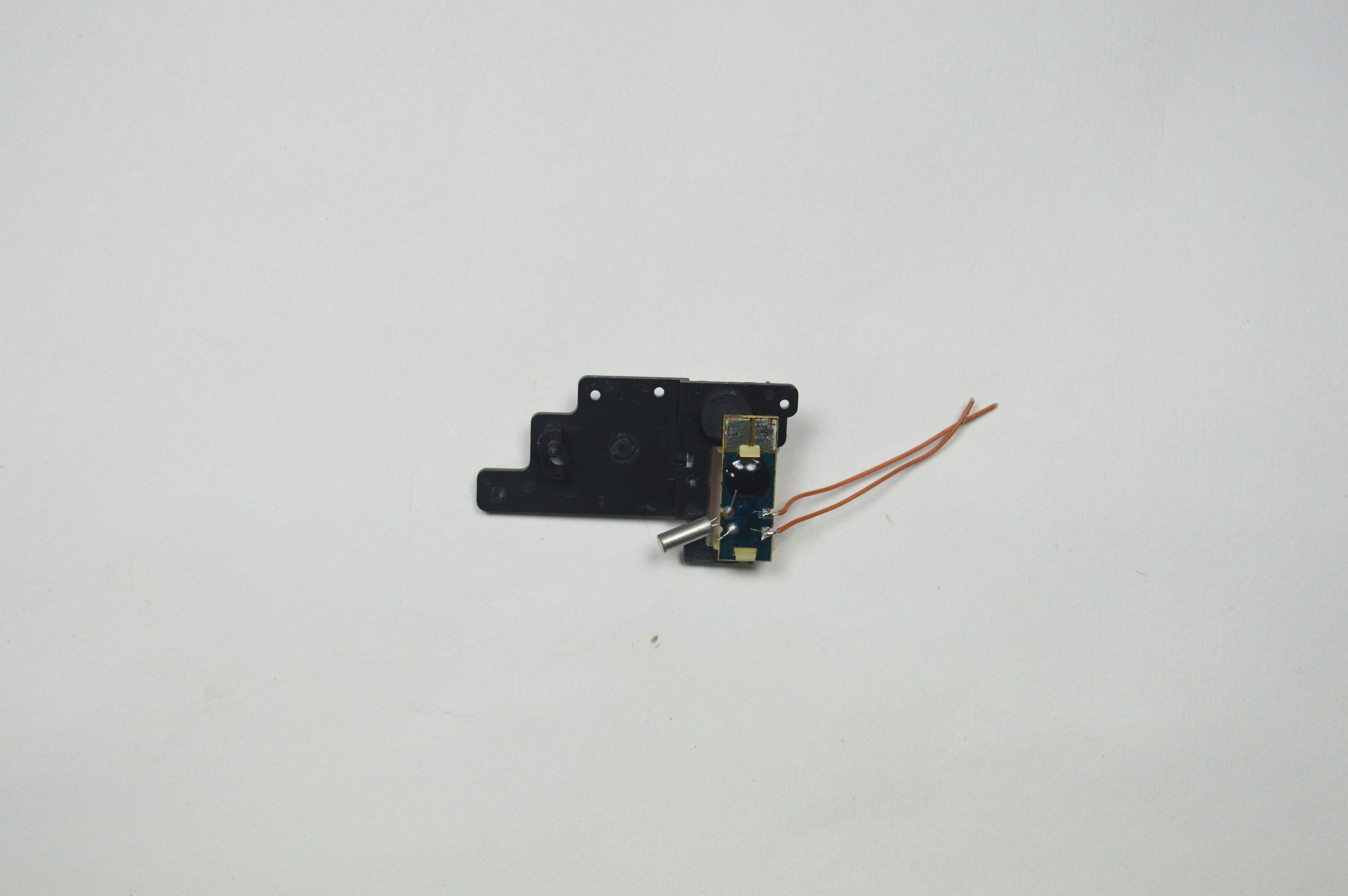 Attached the wires to Box0 (AIN0.CH0 and GND pins) and started Box0 Studio – Oscilloscope to see the driving signal. 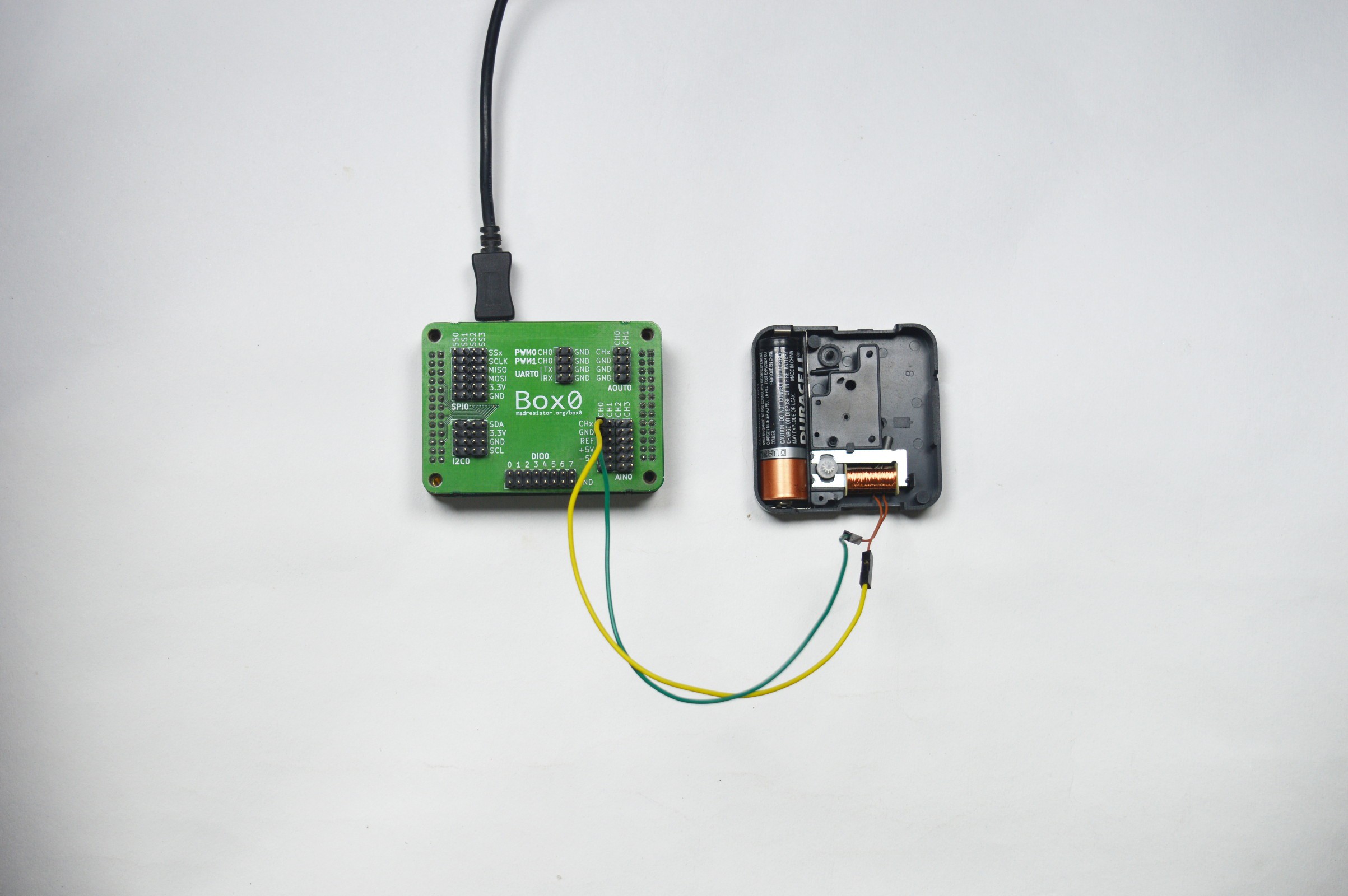 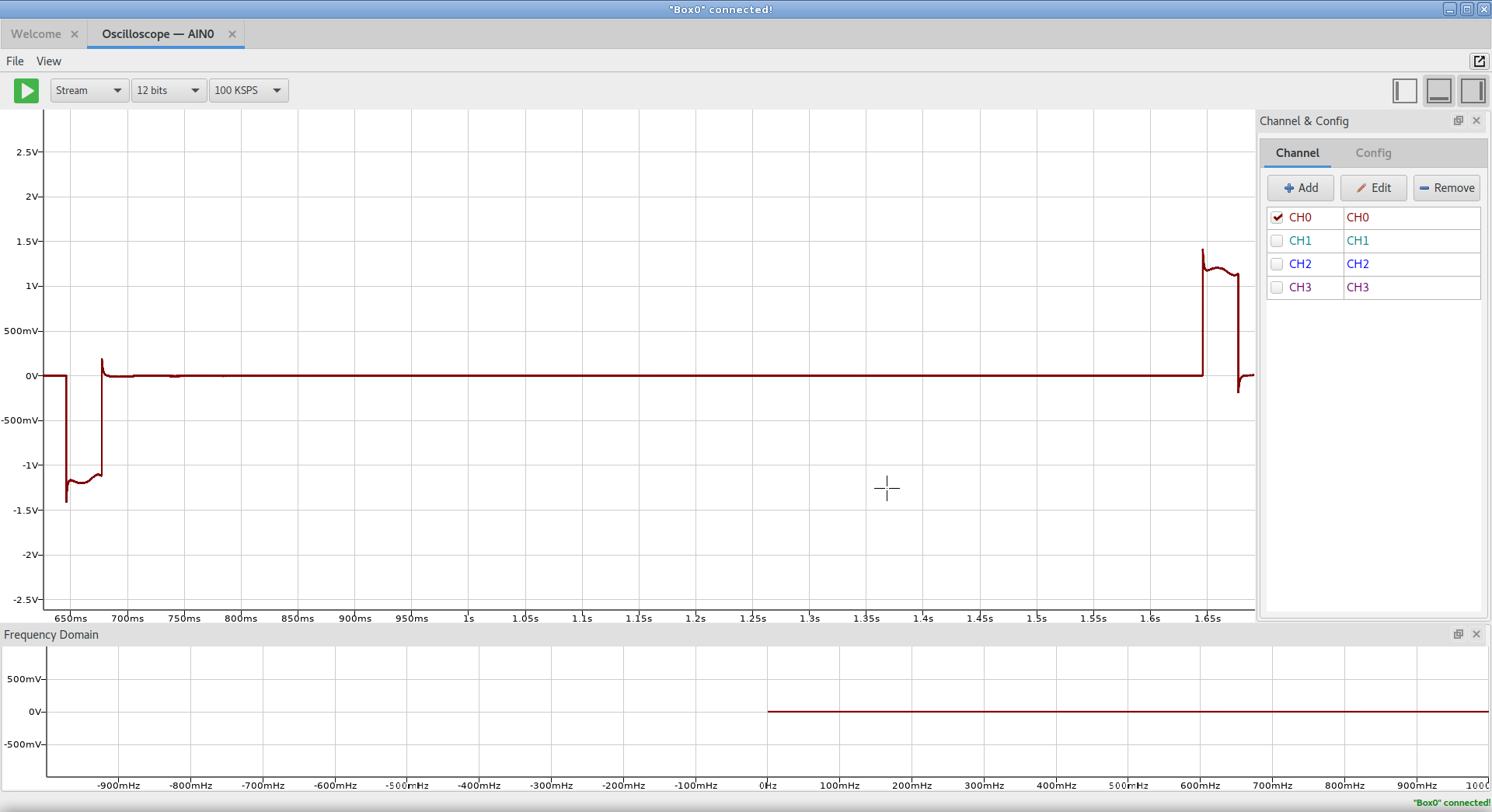 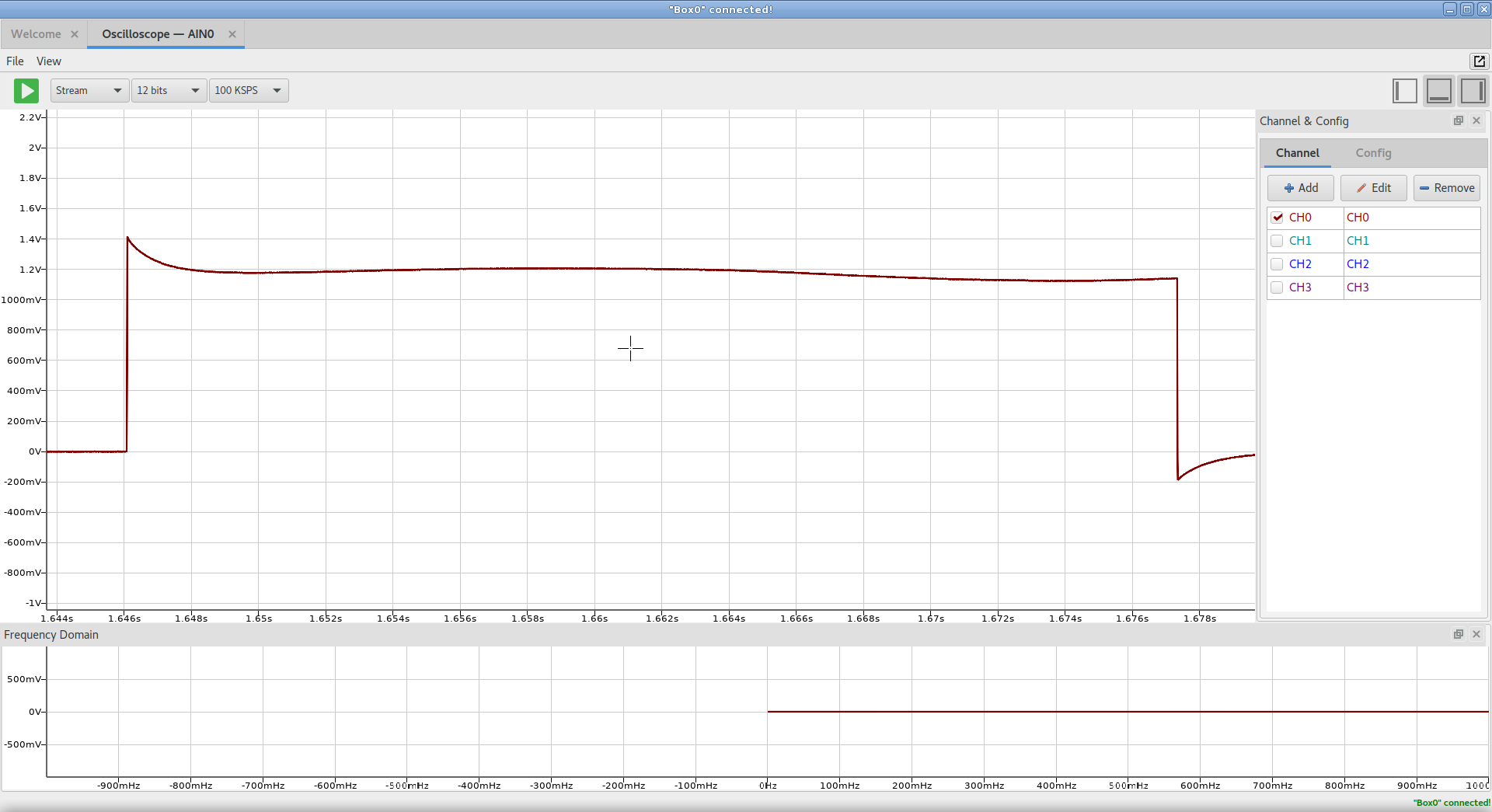 Easy peasy, i can generate that signal with AOUT0 (Analog OUT module of Box0).

Now, with an idea about the signal, i completly removed the driver circuit. 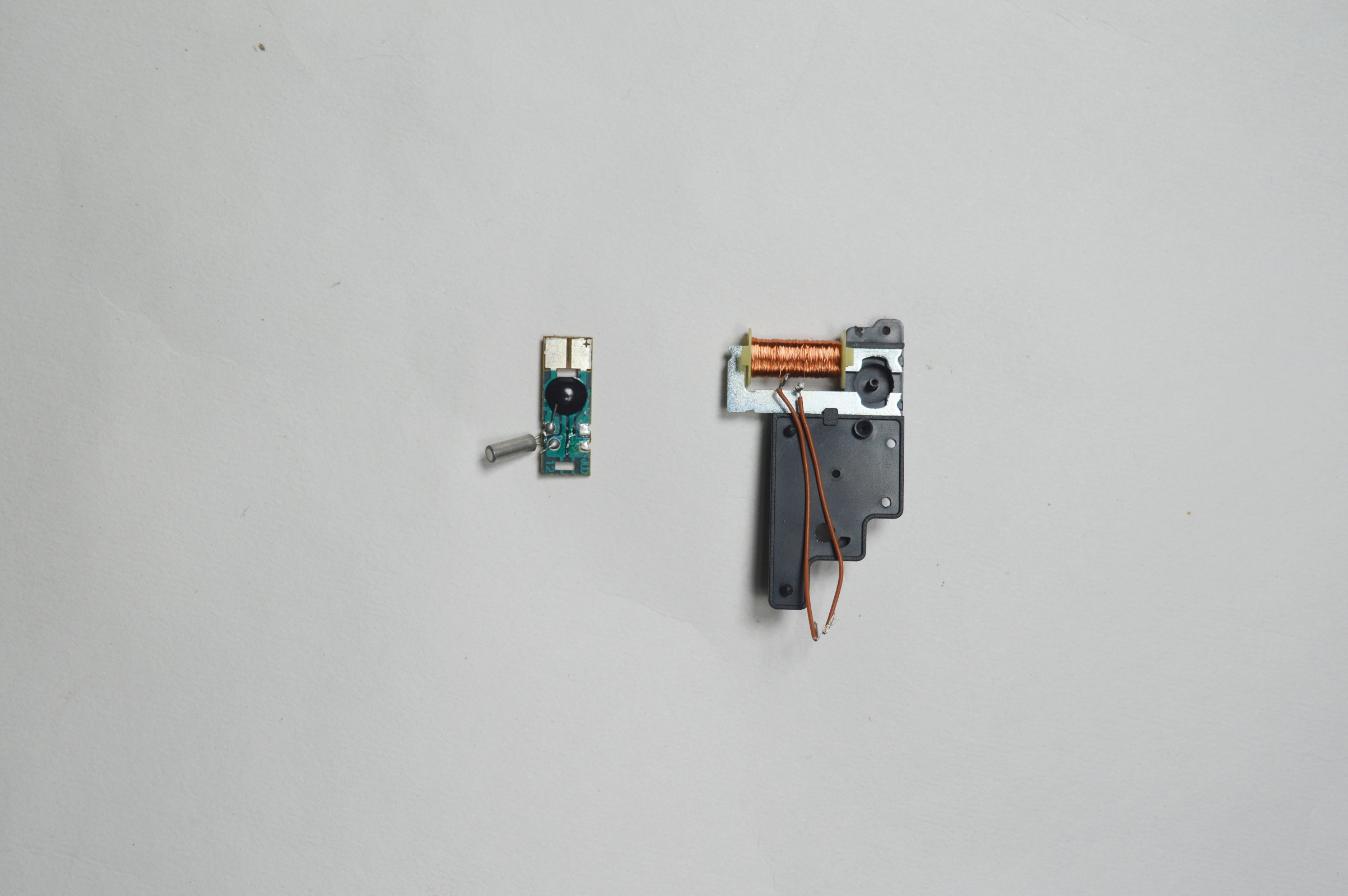 And attached two wires to the coil copper wire, and connect them to Box0 (AOUT0.CH0 and GND).

I glued the wire to body with glue gun so that copper wire don’t break. 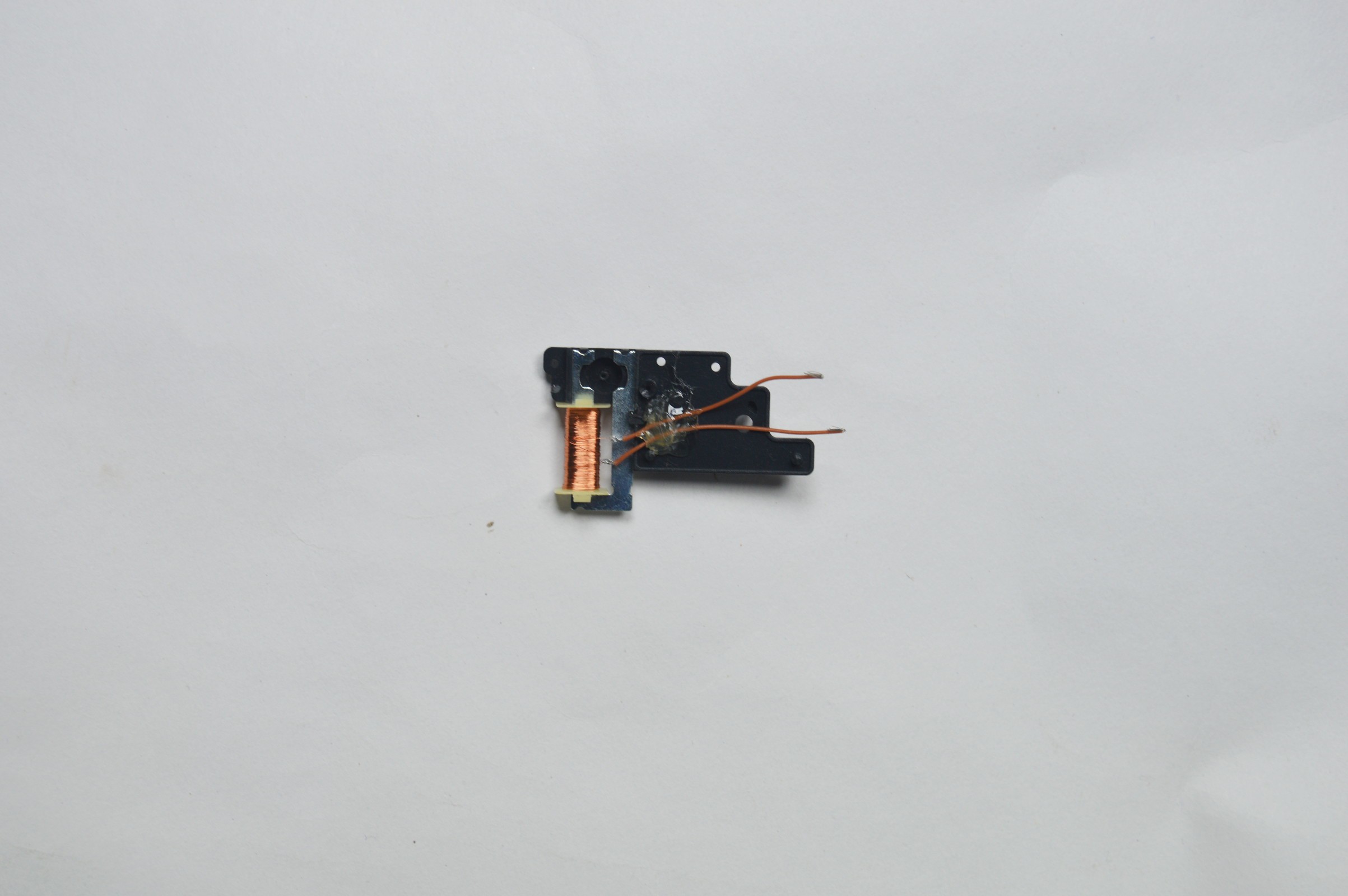 Now, i wrote a little Python script, and it started working as expected!

Now, with able to drive the motor with Box0, i can start abusing it ;)

So, i made multiple similar looking waveform, and i was able to control motor speed.

Btw,
Before actually driving the motor with AOUT0.CH0, i connected AOUT0.CH0 -> AIN0.CH0 pin, and checked if im not generating a faulty signal.
Thanks to the modular architecture of Box0, i was able to run AOUT0 module with Python code and AIN0 with Box0 Studio – Oscilloscope.

Note: All above code under GPLv3+