in a I spent a large amount of the weekend working on several ways to make pulleys or at least power transmission with what was available to me.

Sadly, I didn't make it. Hopefully, you can still have some fun looking at the fails ! 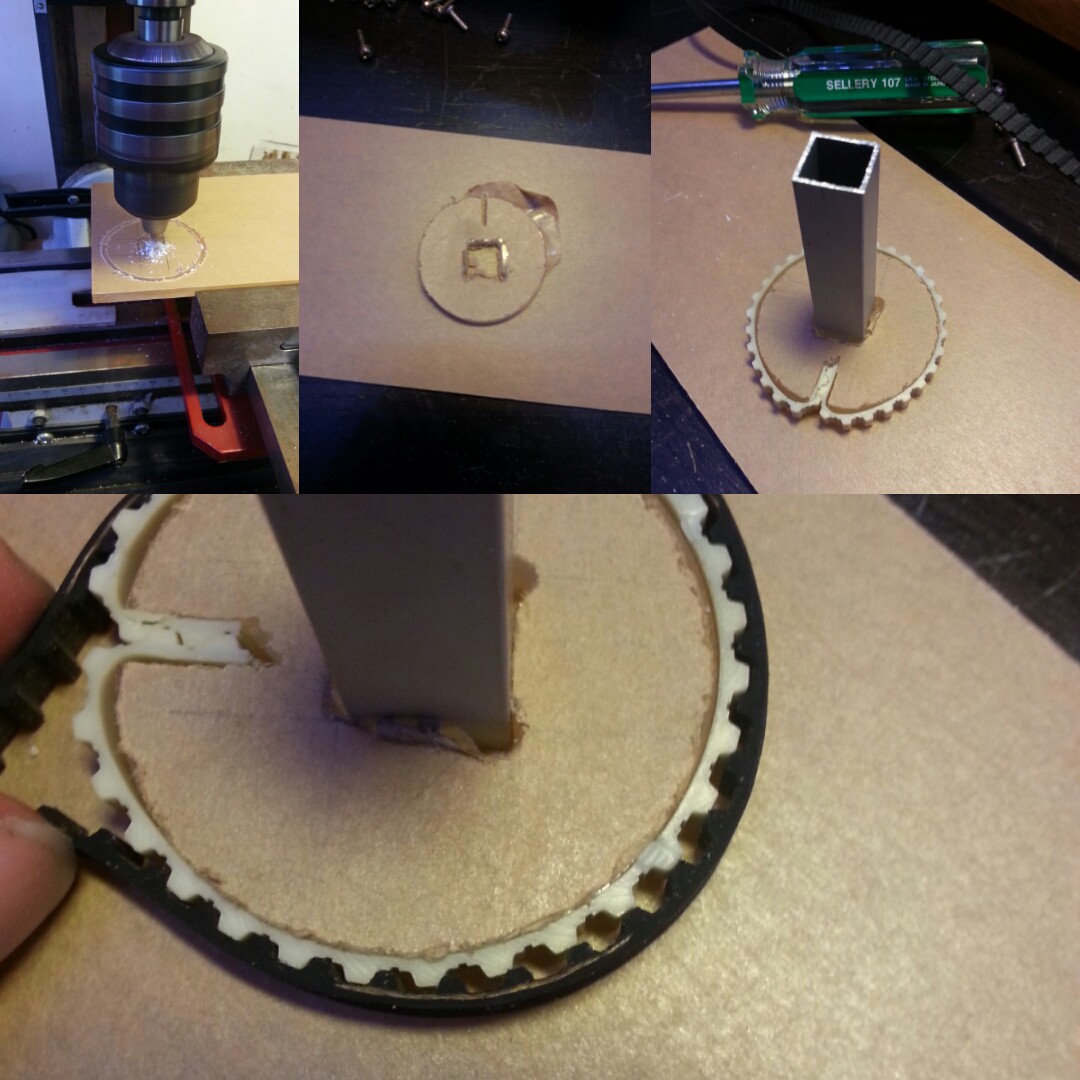 This first collage shows you how I thought I could use one belt to drive another one. On the big picture at the bottom you can see that the belt does not match the pulley. Which now that I thought about it absolutely makes sence. It would require the radius of the pulley to be infinite to work. 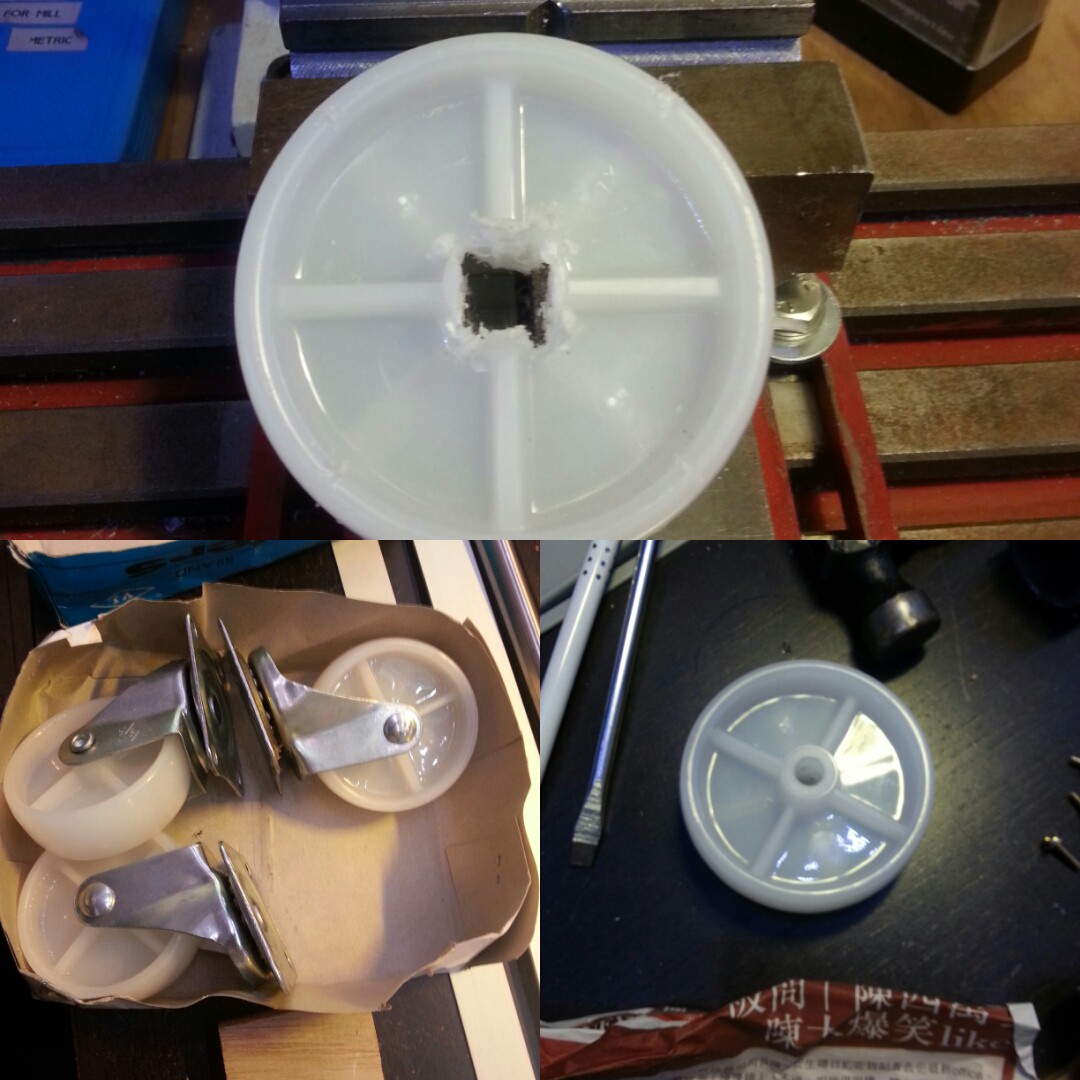 My second try was to use wheels and use the toothed belt on the reverse side as a flat belt. So I had this wheel in which I managed to drill a square hole. Which is an achievement I would say. But sadly I couldn't manage to get the pulleys and the belt to fit so I declare this as another failure.

To give a positive note to this post, I still have made some progress on the architecture but those failures plus other problems raise questions on the design. I will pursue on this first prototype until the end of the Anything Goes contest since it will probably raise other issues that I can take into account while designing the second prototype.