Envisioning this art piece, I googled quotes from homeless people. They were things like,

“When my mom and dad died everything fell apart.”

What does it mean to be an invisible person, such as a homeless person? What does it mean to have invisible emotions? What emotions do we want to keep invisible? What emotions do we have to keep invisible due to social norms? As I started thinking about this bigger theme of invisibility, I realized that just centering this piece around homelessness closed off so many other feelings of invisibleness. I want this piece to be bigger.

I then re-envisioned the piece, still as a silhouette of a person, but with a question etched into the piece, “What makes you feel invisible?” There would be one answer etched in, by the person who is the silhouette, as a direction to the viewer. That answer could be anything-homelessness, sexuality, nationality, religion, violence. As people walk by, they would write an answer directly onto the art piece.

The problem with this design is it requires a lot of work; we would have to provide the chalk or white board marker, make sure it’s dry and clean, and maintain the piece. It would be critical that the answers are viewable to the public.

The next question is, how can the answer be viewable to the public, yet not require so much maintenance? What if the user wrote their response on a piece of paper and slid the paper into the silhouette? The problem here is that no one is going to stop on the side of the road, take out their notebook and a pen, and write in an answer to slip in. It is just not a realistic expectation.

I started to think of other solutions. Maybe the user tweets their answer, or Instagrams their answer. The problem there is that the user looses their anonymity.

Then I started to think about the intrigue. What would pull someone towards this art installment, and cause him or her to pause and look at this project? What would grab their attention and make them actually stop and write? I thought of a secret. The user would stop to write what makes them feel invisible, and in return they would receive a strangers answer to the same question. Almost like a gumball machine. I am very excited about this project on a larger scale. I picture this a nation-wide movement. #Invisible. 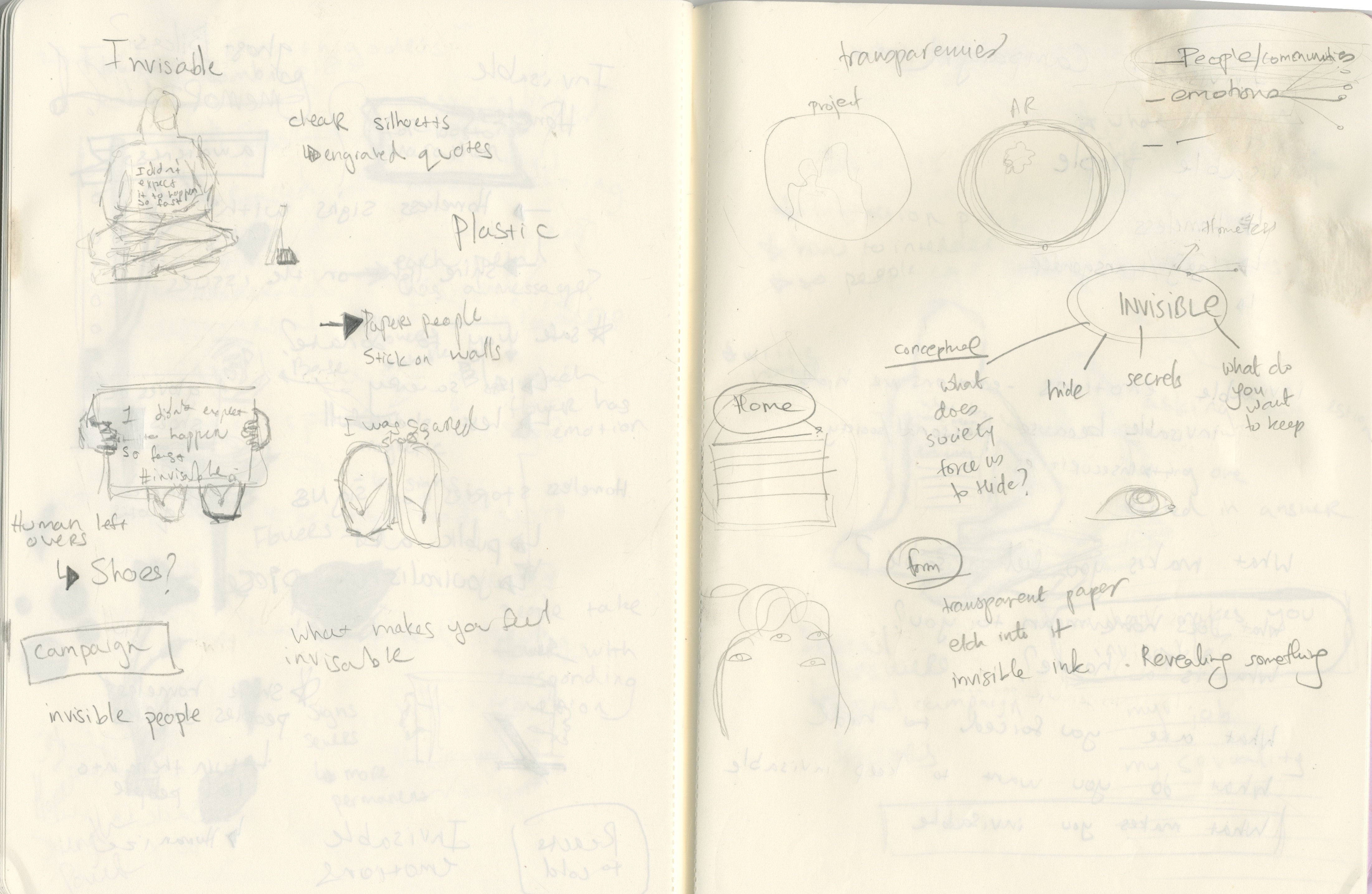 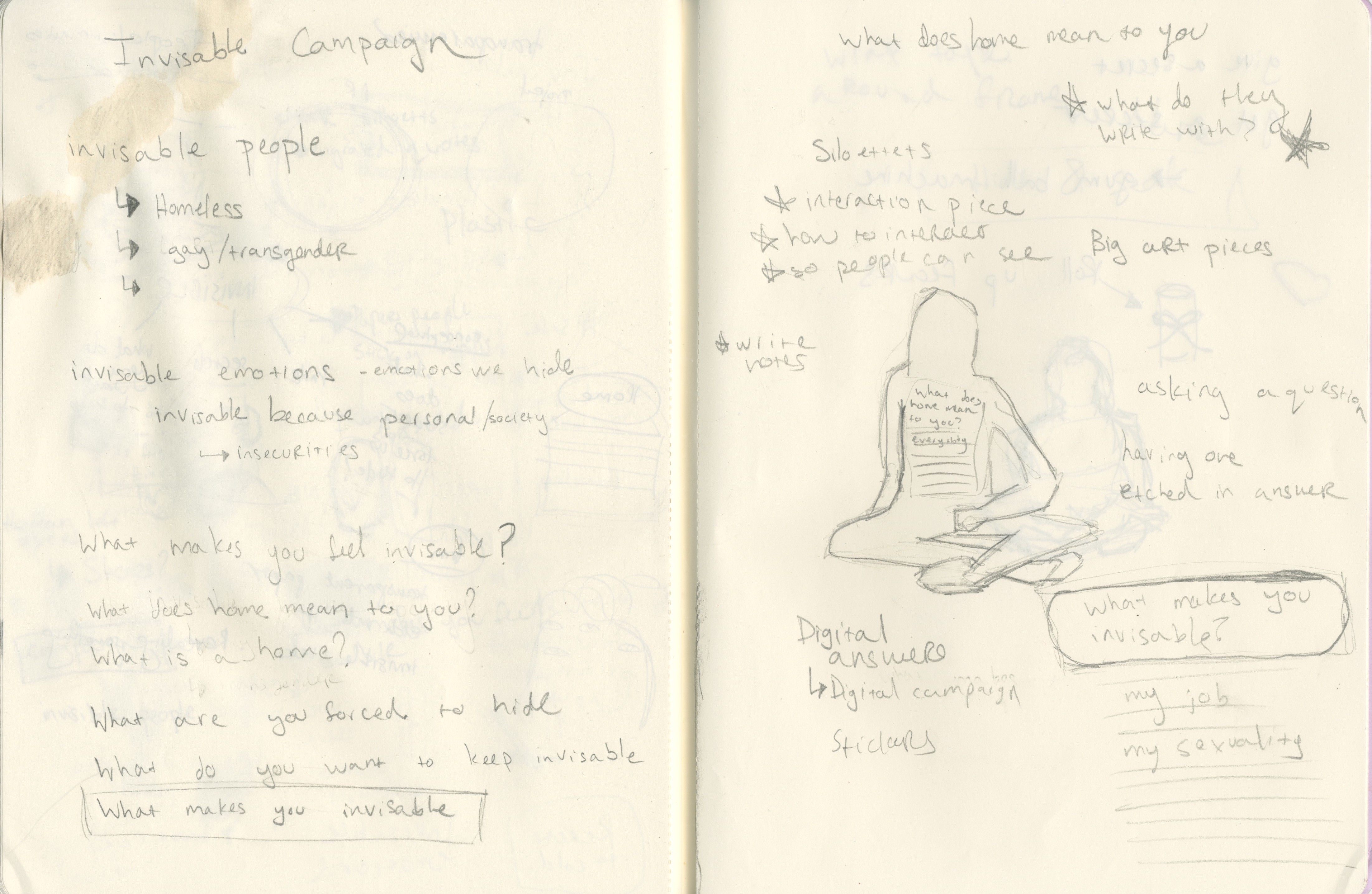