After making the bottle-shaped iteration, I realized that it was possibly the ugliest sculpture on the planet. I decided that the more human-looking iteration was a much better direction, and I began to expand upon that one.

The human looking iteration is the one based off of a laser cut cardboard manikin that I downloaded from Autodesk. The original manikin is constructed out of slanted cardboard, giving it a really nice feel. I wanted to keep the slanted cardboard for my invisible person because it provides a really nice chest plate that could be beautifully cut for the heart opening. I moved that 3D model into Rhino and started making it my own. It was a nightmare.

The file had already been sliced in 123D Make and was sliced for material that was twice as big as the material I was planning on using. I thinned out the number of cardboard layers, and chose a select few to be the frame for the plastic wrap. Then I completely recalibrated those surfaces in Rhino.

Because I had taken the original Autodesk file completely apart in Rhino, I then had to figure out how the frame would stay together and stand up. If the pieces weren’t slanted this would be easy, but because the pieces were slanted, I had to create a custom spine. There were so many things wrong with the model that I easily spent ten hours working everything out, just to get the shape the way I liked it. I now have the body nearly complete and I’m starting to think about the head. 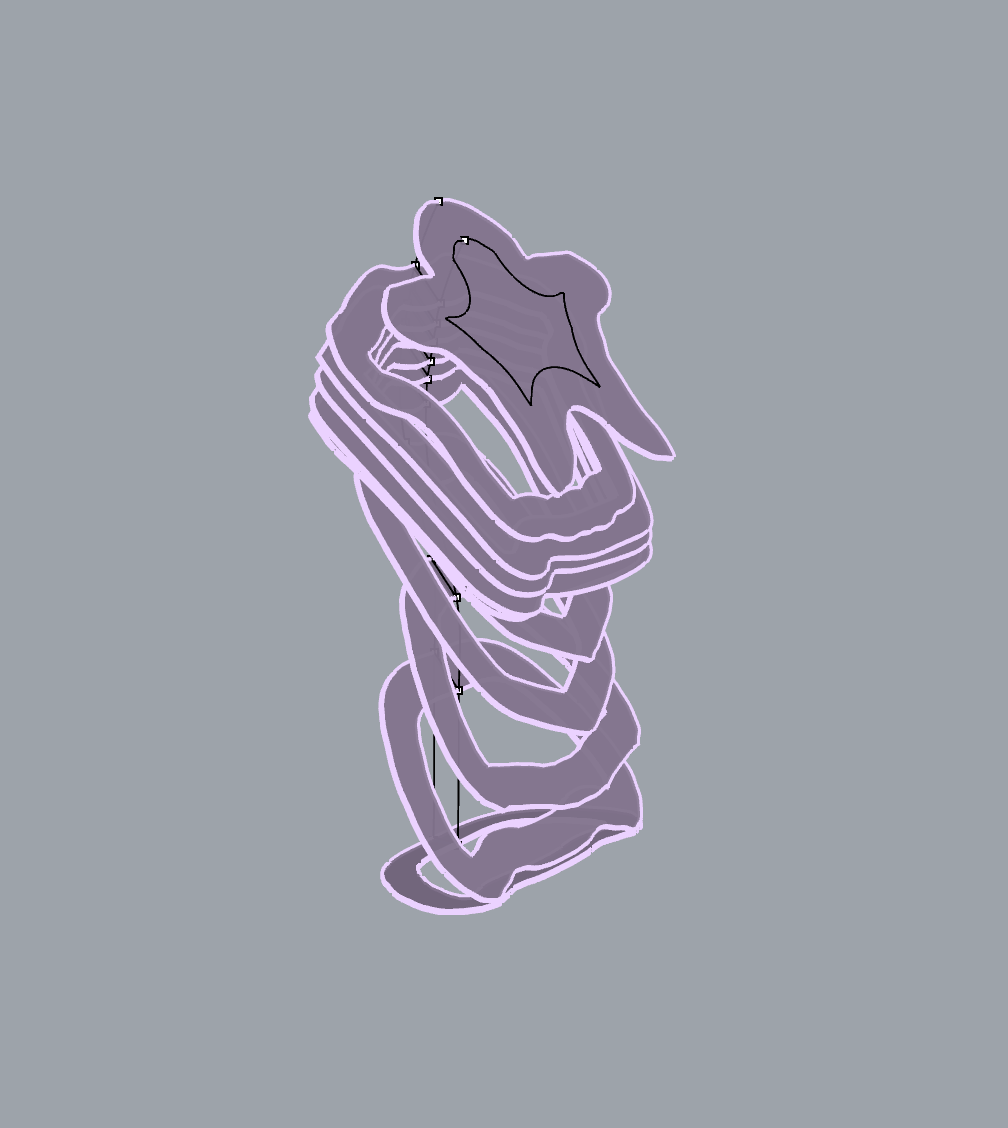